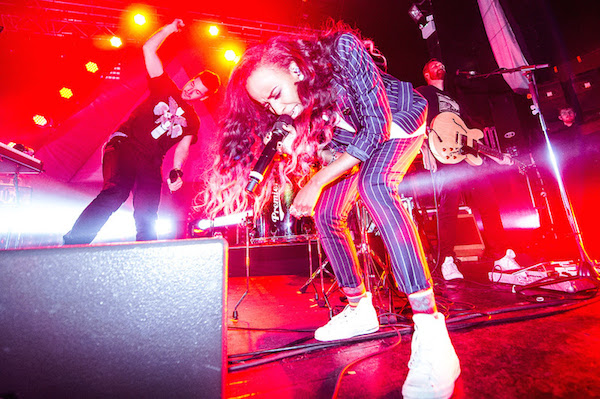 After leaking her own album, Angel Haze continues to turn out the heat and she is not one to disappoint. Touring in Europe herself and supporting Bastille on select dates, Haze and the British band have been making beautiful music together and most recently performing the new track “Weapon” live. Known for addressing subjects that others won’t, Angel has positioned herself as one of the few female MC’s to watch for.

Check out ‘Weapon’ live below, as well as her upcoming dates.