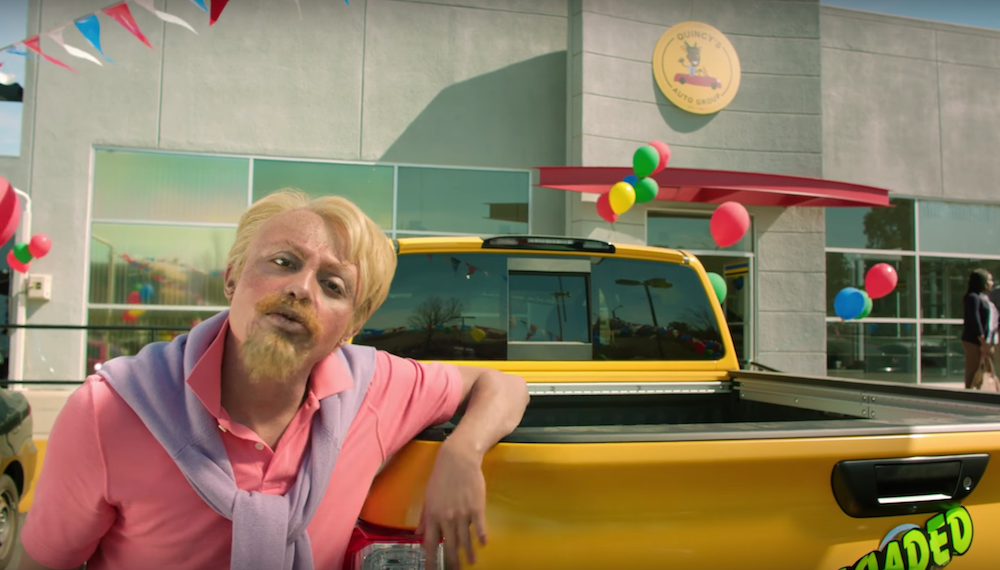 Aminé has shared the official visual accompaniment to his infectious track “REDMERCEDES,” a follow-up to his smash-hit “Caroline.”

The self-directed video sees Aminé and two friends pulling up to a car dealership. The Portland rapper does the acting job of both the car salesman, Thad, and the potential customer, DeAndre (with the help of some cringe-worthy makeup). Watch out for a cameo appearance from Leon Bridges.

Watch the video for “REDMERCEDES” above.