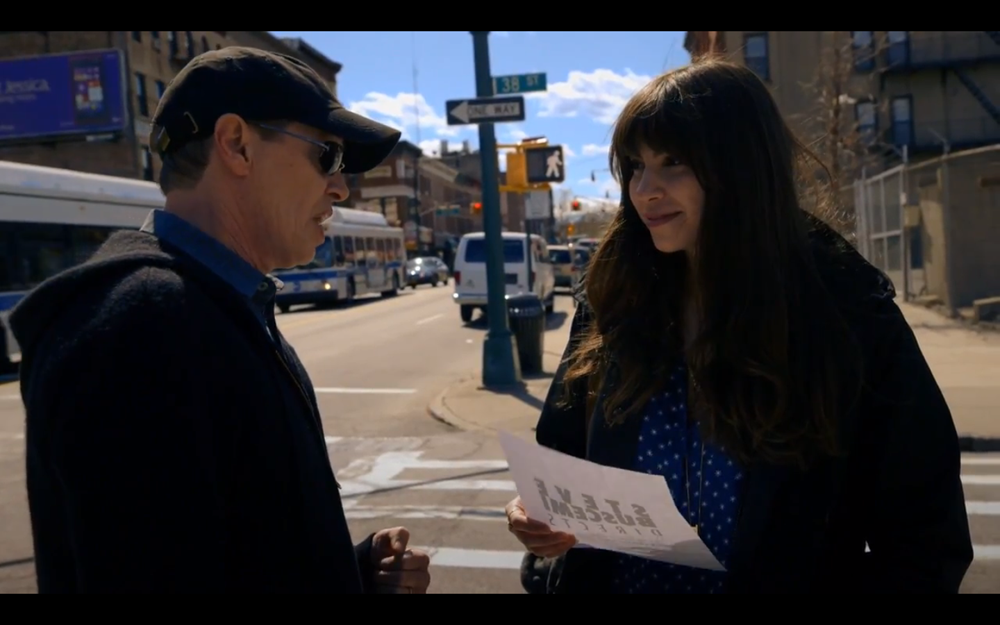 We are pleased to present to you episode three of the American Express Unstaged music series promo videos with Steve Buscemi and Vampire Weekend. In this episode Buscemi hits the streets to hustle New Yorkers into buying tickets to Vampire Weekend’s Roseland Ballroom concert on April 28th.

The show will be directed by the acclaimed actor and director and will be streamed live via a channel American Express UNSTAGED created in partnership with Vevo and YouTube. Want to watch as the band takes to the stage on Sunday night in New York? Well don’t worry about tickets, the shows sold out anyway, because you can get exclusive access to the live stream thanks to American Express Canada by tuning in here.

Watch the hilarious third episode below and find out what Buscemi’s favourite role is… it’s Fargo.

This post was sponsored by American Express Canada. The views and opinions expressed in this blog, however, are purely my own.