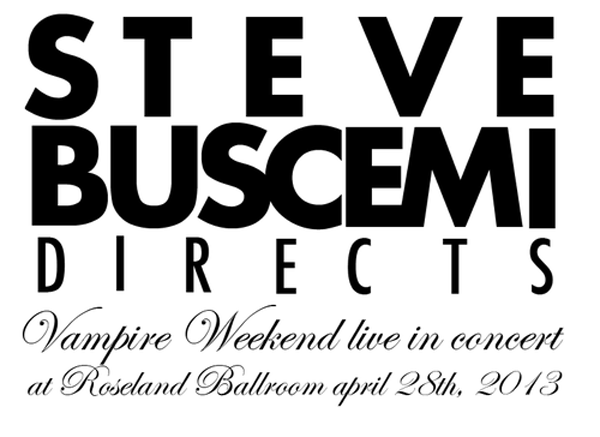 Thanks to our friends at Amex, the Amex UNSTAGED event will be live streamed on the last night of the Tribeca Film Festival at Roseland Ballroom on Sunday, April 28th at 9:00 PM ET in New York City at www.amexunstaged.com.

We at Sidewalk Hustle are very familiar with the excellence that is the Amex UNSTAGED music series, we were front and center for Arcade Fire’s show directed by Terry Gilliam, and Duran Duran’s Coachella performance directed by David Lynch. When Coldplay performed live from the historic Plaza de Toros de Las Ventas in Madrid, directed by Anton Corbijn, we live streamed the entire show from the comfort of our home with the experience of being right there.

You have to give it up to Amex for caring about live music enough to put together this series, including allowing the audience all over the world to control their viewing experience by choosing from different cameras. The Amex UNSTAGED series allows viewers to switch between the director’s main stream and/or alternate between the artist-themed vantage points. Basically you can feel like you are on stage or in the crowd, it’s all up to you!

Ultimately Amex takes a local event and makes it global, blurring the line between the at-home and the in-concert entertainment experience. In anticipation of the show on Sunday be sure to watch the hilarious promo trailers here and visit www.amexunstaged.com to view the exclusive “American Express Unstaged” anthem trailer.

Can’t make the sold out show this Sunday in New York? Don’t even sweat it. Just tune into the live stream Sunday April 28 at 9pm ET/6pm PT/2am GMT at www.amexunstaged.com and join us as we watch the stream and of course… tweet like crazy.

Join in the conversation with us on Sunday by using the hashtag #AmexUnstagedCAD and we’ll see you all on the dance floor (sofa)! 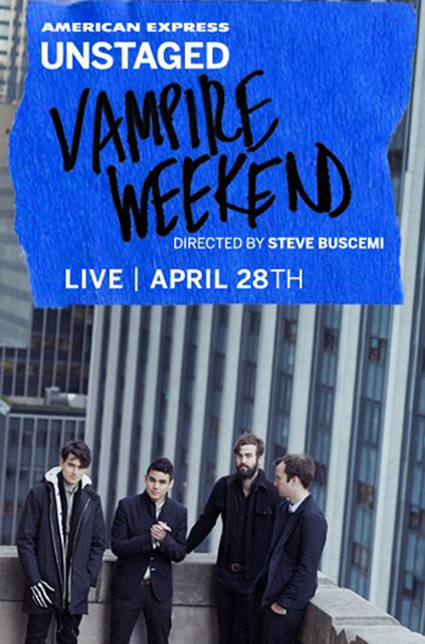 This post was sponsored by American Express Canada. The views and opinions expressed in this blog, however, are purely my own.