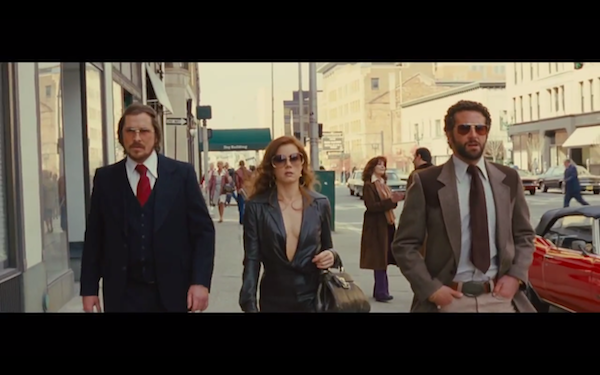 Award winning Director, David O. Russel plans to follow-up the huge success Silver Linings Playbook, with a new film, American Hustle. Alongside some of Russel’s favourites like Bradley Cooper and Jennifer Lawrence, we can expect to see Christian Bale and Amy Adams in this next flick. Audiences will be taken into New Jersey’s crime scene circa 1970s where characters Irving Rosenfeld (Bale) and Richie DiMaso (Cooper) work together to go up against and take down the mafia powers at be. With Russel’s knack for storytelling and great acting you won’t want to miss American Hustle on December 25th when it’s released in theatres. Check out the international trailer below, which is highly reminiscent of the classic, Casino.