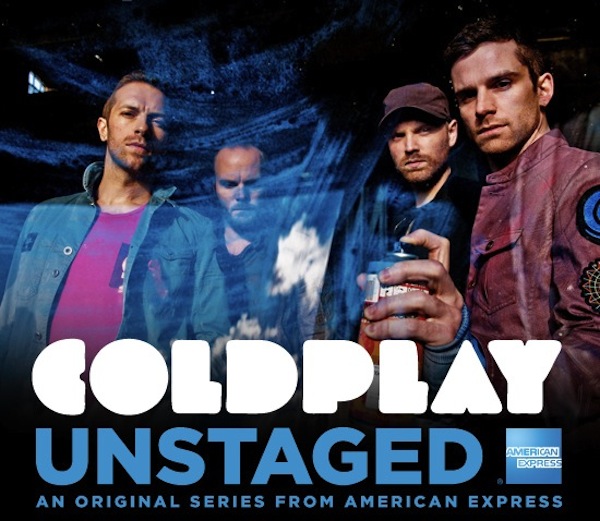 Not sure if you noticed us tweeting up a storm about American Express and their renowned service experience last night, but we get kind of excited by well-executed events, especially when they’re hosted by fabulous personalities like celebrity concierge Michael Fazio, who we were happily seated next to.

While we dined at the Thompson Hotel in Toronto, we were treated to a live stream of Coldplay’s first European tour date of 2011 at the Plaza de Toros de Las Ventas in Madrid directed by Anton Corbijn. Though the footage wasn’t live, and we would have much rather watched it in Madrid, we felt as close as we could have been watching on four screens, each with a different camera angle of the band, situated around the dining table.

We chatted with host Fazio about his adventures in the service industry over the years in New York and were lucky enough to get a copy of his new book “Concierge Confidential” signed, which we can’t wait to read (grab yourself a copy here).

This isn’t the first time we’ve been at an Unstaged event, infact, if you count director Terry Gilliam’s debut of Arcade Fire’s performance at Osheaga in 2010 (the Amex event was at Madison Square Gardens in NY, but still), that would make two out of three events we’ve been able to enjoy live. We saw the second live streamÂ at Coachella earlier this year where Duran Duran’s performance was filmed and directed by one of our heros David Lynch. And if there’s one thing these experiences have in common, it’s thatÂ our platinum American Express card took us there.

You can watch the live stream of the Coldplay show, which will be replaying on Vevo for the next 48 hours. Click here to watch it on your camera angle of choice!