The startup company, which was acquired by Amazon in 2020, has been working on the Zoox L5 for the past six years, designing a ground-up, purpose-built robotaxi that seats four. It is capable of operating up to 75 miles per hour, comes with a motor at each end, and has two battery packs under the seats. Passengers are seated in a face-to-face symmetrical setup. There is no steering wheel.

Each corner of the vehicle incorporates radar, LIDAR (light detection and ranging), and cameras. Two cameras sit on top of the vehicle, while other sensors are tucked on the sides, giving a 270-degree field of view to help eliminate blind spots. This sensor system also helps when tracking pedestrians, cyclists, and other road users that are moving behind it.

Zoox said it is the only vehicle to offer bidirectional driving capabilities and four-wheel steering; the robotaxi can move through compact spaces and change directions without needing to reverse.

It comes with more than 100 safety innovations not featured in conventional cars, including an airbag system designed for bidirectional vehicles.

Zoox co-founder and CTO, Jesse Levinson, said that in addition to the airbag design, safety measures such as “redundant hardware, a unique sensor architecture, and a custom AI stack that detects and mitigates potential risks,” are all part of their proactive safety system.

The robotaxi is designed for “dense, urban environments,” and is currently being tested in San Francisco, Las Vegas, and Foster City, California. The company did not state when access will be made public.

The 20-minute video clip gave a glimpse at the model and its specs, with a handful of Zoox’s developers and engineers explaining the mechanics behind it all. They said test runs have proven the vehicle can see in rain, fog, at night, and is highway capable. The team explained that for each city deployment, they will first send their fleet of loyalty vehicles to collect sensor data to help create 3D maps. Then they will include semantic data, including speed limits, as well as the location of traffic lights and stop signs. Following this, the team will build out the advanced computing system so vehicles can drive, although keep in mind these are very short routes.

“We are transforming the rider experience to provide superior mobility-as-a-service for cities. And as we see the alarming statistics around carbon emissions and traffic accidents, it’s more important than ever that we build a sustainable, safe solution that allows riders to get from point A to point B,” Evans said in the accompanying press release. 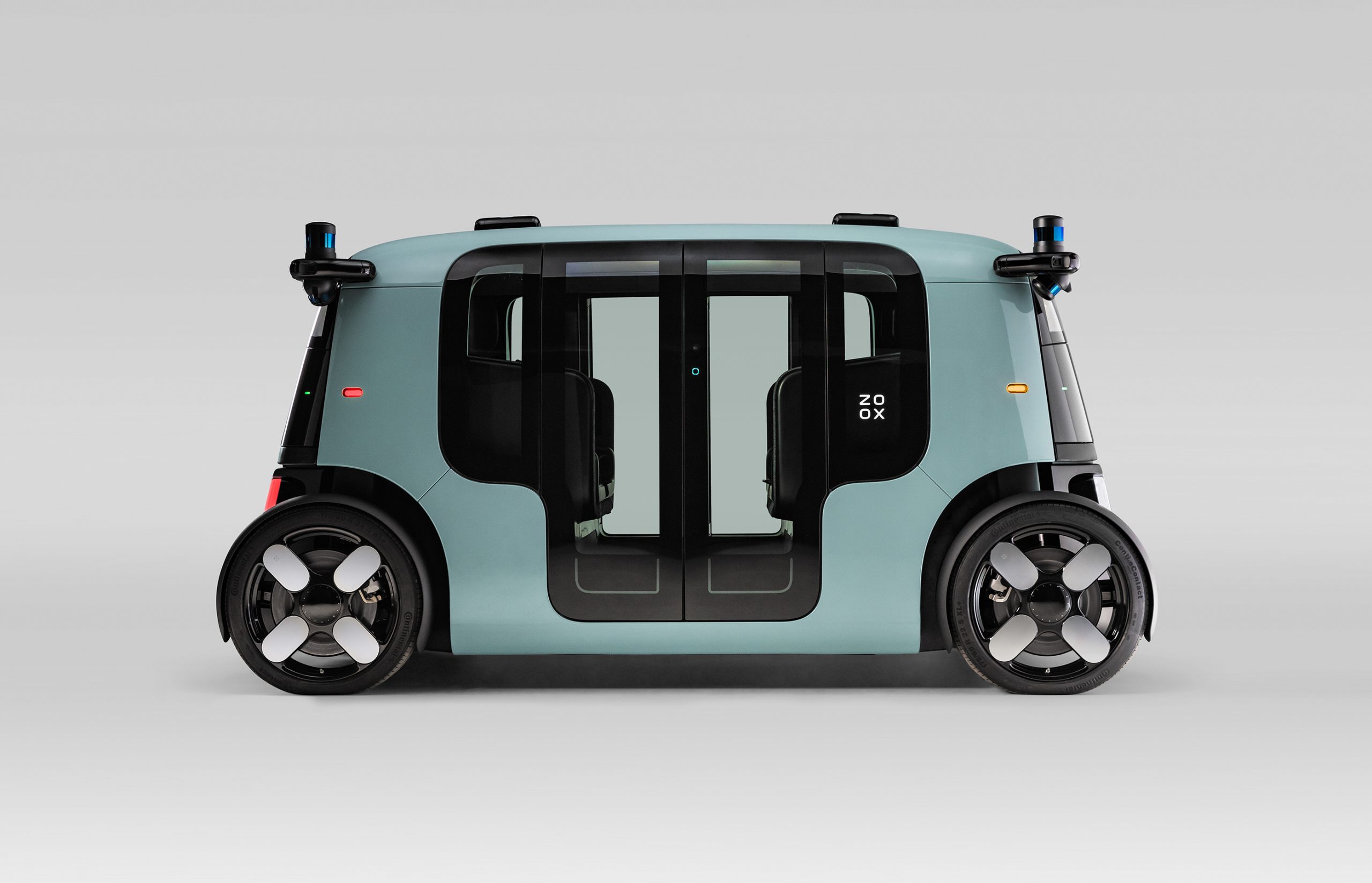 Zoox said the vehicle is 3.63m long, making it one of the smallest footprints in the automotive industry. It features a 133 kWh battery, one of the largest available in electric vehicles today.

Zoox operates as an independent subsidiary of Amazon.

Zoox’s announcement follows news from other companies like GM, which unveiled its battery-powered shuttle, Origin, back in January.