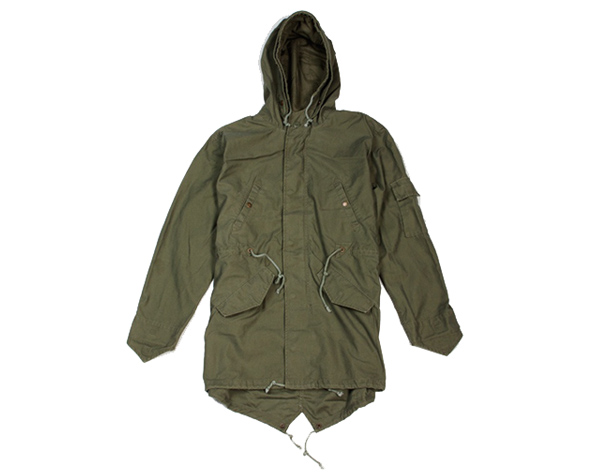 In October, 1959, Alpha Industries began making military clothing in the basement of a rented Knoxville, Tennessee factory using leased sewing machines and only a few employees. The outstanding quality of Alpha’s clothing quickly came to the Defense Department’s attention and as America’s need for military clothing increased as the Vietnam conflict deepened, Alpha’s growth as a manufacturer for the Defense Department rapidly accelerated. Now here we are and Alpha Industries introduces their fishtail parka. Soft to the touch, as a result of the washing process, and featuring two flap front pockets, two welted slash front pockets, drawstrings at the waist and an inner button so a liner can be added.