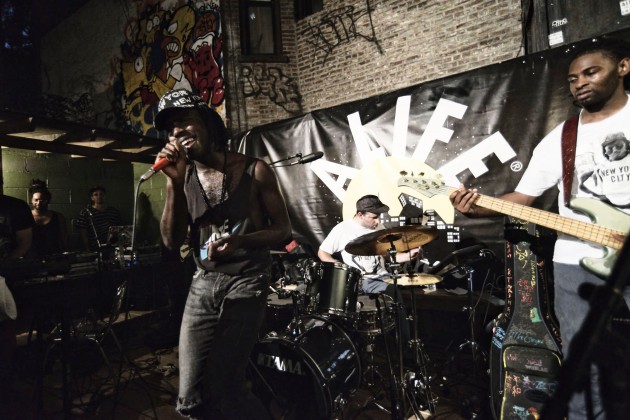 New York’s Lower East Side lifestyle shop, ALIFE is keep the summer hot with their exclusive backyard live performance sessions. A couple of weeks ago Jadakiss took the stage and this time around, Devonté Hynes, better known as Blood Orange, performed his special brand of guitar soul music. The event was filmed and shows that Hynes managed to get New York’s coolest to put down their phones and dance.

As an add bonus, he tells us about his move to New York, what it was like to help Solange with her “True” record and tour and when we can expect his debut album.  Watch below.