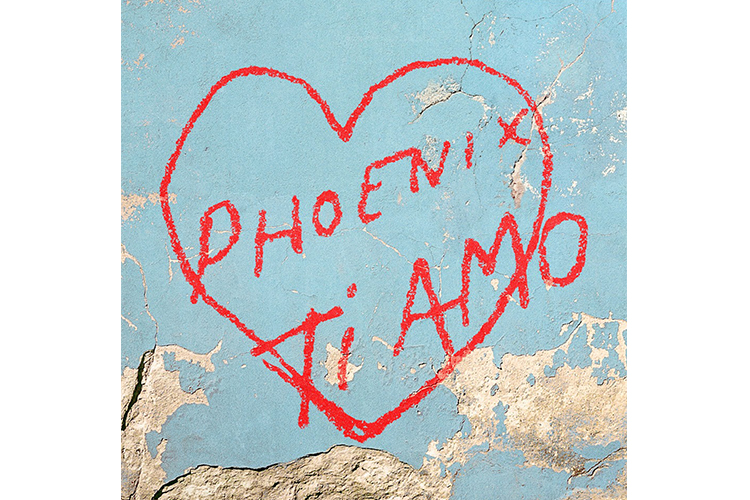 French quartet Phoenix are known and loved for their infectious brand of indie pop that has been delivered in an undeniably energetic and suave manner for nearly twenty years. 2009’s Wolfgang Amadeus Phoenix propelled the group to the forefront of the French rock scene with hits like “1901” and “Liztomania”, earning them a Grammy for Best Alternative Album. Having kept quiet since 2013’s Bankrupt!, Ti Amo, the group’s sixth full-length, arrives just in time to christen the summer months ahead.

Ti Amo bursts with twinkling, synth-laden hooks that beg listeners to dance along to; whether it be on dusty festival grounds or the floors of sleek clubs, Phoenix are fine craftsmen when it comes to making music that simply cannot be listened to sitting down. The 10-song tracklist kicks off with shimmery opener “J-Boy”, exploding like confetti over the listener with lead singer Thomas Mars’ signature, almost unintelligible croon in full force. Trickling perfectly into Ti Amo’s anthemic title track, the record follows a trusty formula of dreamy rhythms and eruptive beat drops. While this consistency can cause for some repetition throughout Ti Amo, each song tastefully blends into the next and carries the record along. “Fleur de Lys” stands out as Ti Amo’s peak with Mars delivering irresistibly smooth lines like “Terrorizing the neighbor / I’m a Siberian tiger / I’ll always be an outsider / Don’t neglect me further”.

With Ti Amo, Phoenix have executed another pristine and dreamy addition to their discography. The record’s buoyant, light sound, juxtaposed with its recording in Paris during turbulent times, offers much-needed positivity to a world that could really use some.

Buy the record now via Glassnote.