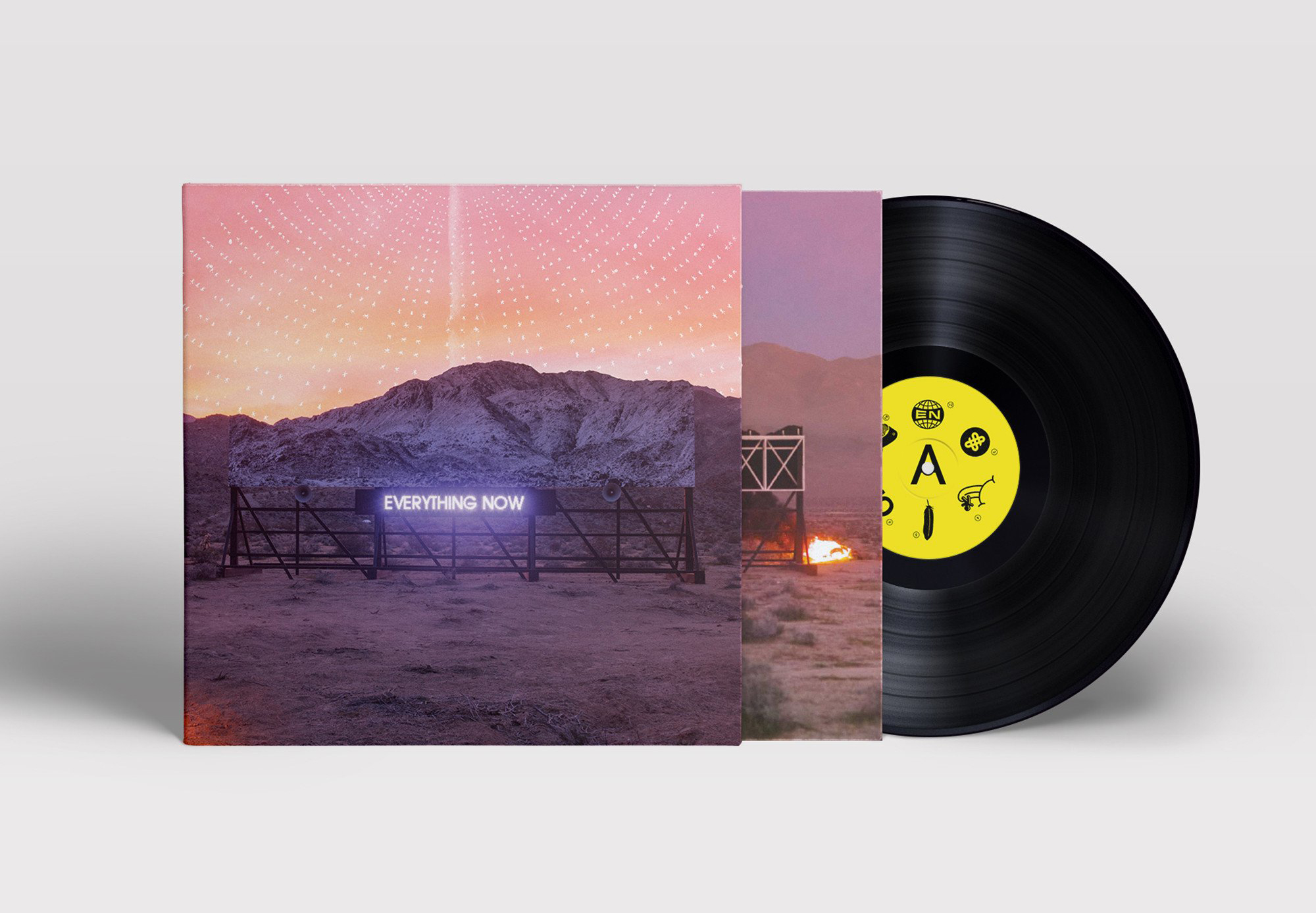 Montreal’s Arcade Fire exploded onto the scene over ten years ago with the release of their exceptional debut album Funeral, a record quickly heralded as one of the decade’s greatest. Follow it up with 2007’s Neon Bible and The Suburbs three years later and a solid trifecta of indie rock anthems was formed.

When Reflektor, the group’s fourth studio album, was announced in 2013, it became evident that they were looking to shake things up a bit. A perplexing promotional campaign began that summer featuring cryptic emblems, a fake website and a slew of secret shows. Leaving people wanting more, the anticipation for new music was palpable. The record itself took the band through unexplored creative territories as songwriters and performers; influenced by the roots of Haitian culture and chock full of pulsing, hypnotic beats that kept listeners on their feet. With their fifth full-length Everything Now, Arcade Fire mirror the publicity stints and expand on the disco-esque style previously pursued on Reflektor. Unfortunately, only one reaches new heights and it isn’t their musicality and songwriting that strengthens.

Previously released singles “Everything Now,” “Creature Comfort,” and “Signs of Life” make for a very smooth introduction to the record; driven by in-your-face lyrics about suicide, groovy horns and a title track reminiscent of original dancing queens, ABBA. However, the middle of the record takes a sharp turn for the worse. “Peter Pan” stands out as a track that desperately lacks any of the swaggering rhythms Arcade Fire have come to be known and loved for. The lyrics feel lazy and bland with lines like “Be my Wendy / I’ll be your Peter Pan / Come on, baby / Take my hand” coming off as anything but cheeky or romantic.

Both clocking in at just under two minutes, “Infinite Content” and “Infinite_Content” are about as clever as their matching titles. The play on words of infinite content and being infinitely content may have sounded clever the first time they left frontman Win Butler’s lips but quickly become redundant and irritating upon repetition. While Régine Chassagne’s hauntingly, angelic vocals offer a refreshing change of pace on “Electric Blue,” the resurgence of the record is quickly lost with tracks like “Good God Damn” and “Put Your Money On Me” failing to provide the anthemic urgency that surged through Reflektor numbers like “Joan Of Arc” and “Afterlife,” breathing new life into the sound of Arcade Fire.

Everything Now does not represent the triumphant return of a band whose history is adorned with notable accolades, stellar live performances at venues scattered around the globe and a reputable collection of songs that have gone on to influence many others following in their footsteps. It feels harder to distinguish between the blurred lines of the front Arcade Fire put on for the outside world to see and the roots of their musicianship. Running just over 45 minutes, the record concludes with the wistful lyric “We’ll make it home again,” but fails to give the listener any of the security or sense that comes with truly being at home.

Everything Now is available for purchase here.