Curtis Waters lives on the internet.

Well, he really lives in North Carolina. But the 18-year old artist/producer has always felt at home on the internet because it allows him to “live” anywhere. He was born in Nepal, raised in Calgary, just went to his senior prom in North Carolina and is now dropping his sophomore album – appropriately titled Prom Night.

The 12-track project is an immersive experience that allows the listener a peek into the mind of Curtis Waters. From the ominous introduction and title track “Prom Night” to the spacey “Sub Space High Way” interlude and ultra-catchy outro “I Like Things,” Waters has crafted a vividly cinematic storyline. Reflections of his teenage experience are accompanied by dynamic, forward-thinking production (done almost entirely by Waters himself) and an infectious amount of DIY-ness.

Lines like “I hope my mom don’t hear this song ’cause then I’m gonna have to go to therapy again” and “I hate my skin, I cannot stand it. We don’t look the same, I don’t understand it” act as reminders that although Waters is a mature storyteller – he’s still 18. Subjects like romance, suicide, drug use, sexual orientation race and identity are prevalent throughout the project but sit comfortably alongside playful melodies that sound straight out of an ’80s video game or Rick Astley music video.

Today at Sidewalk Hustle we are pleased to premiere Prom Night, the sophomore album from Curtis Waters. Listen to the project and read our conversation with Waters below. 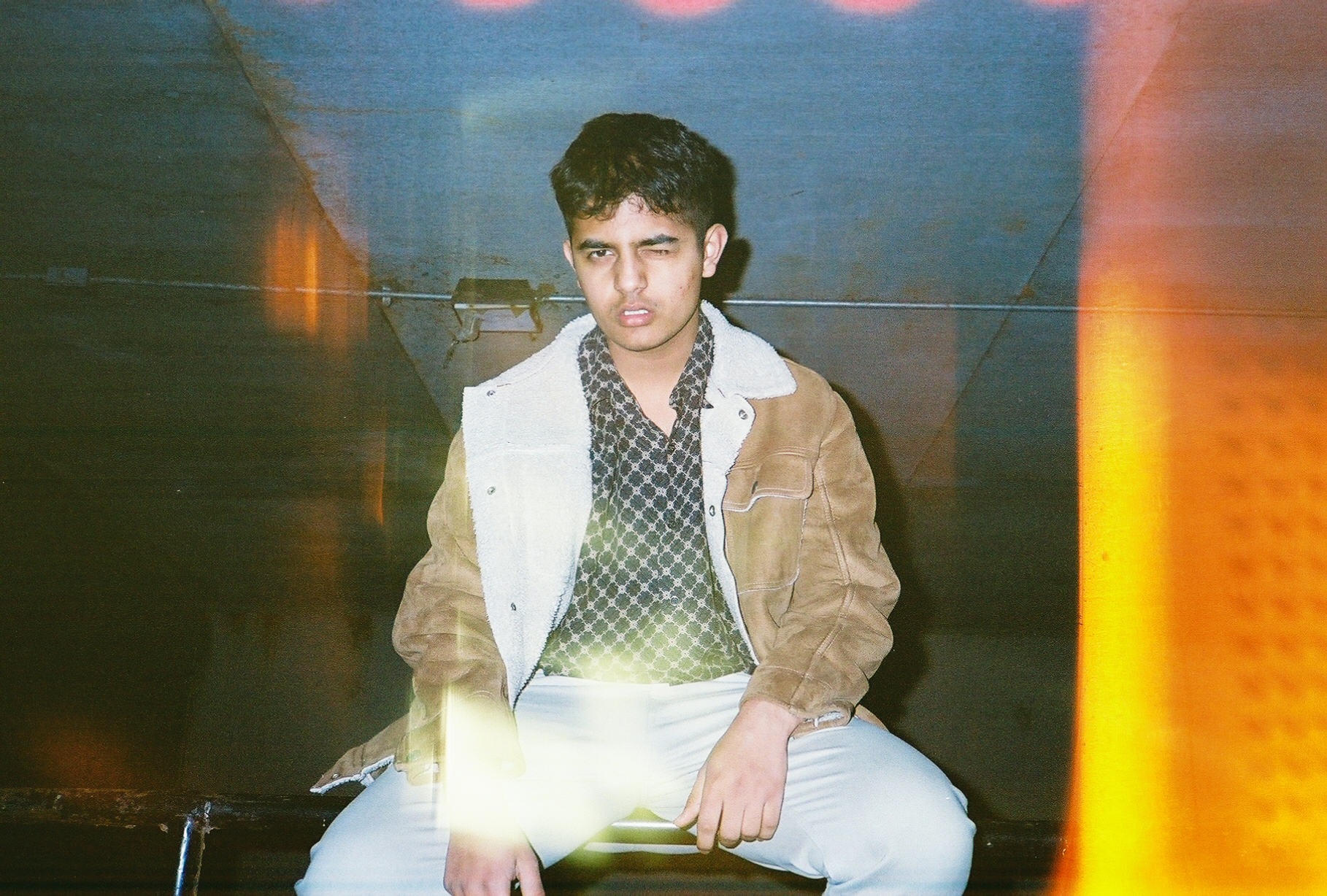 Sidewalk Hustle: When did music become important in your life?

Curtis Waters: I hated music when I was a kid. I thought musicians shouldn’t even deserve to be called artists. I would have paintings all over my room, I was so determined to be a graphic designer. It’s so embarrassing to say but Yung Lean was the first artist who made me think “this is so crazy, any kid can make some weird art and people actually enjoy it.” I started liking him ironically but then I got so obsessed with him. Then I found Tyler, the Creator, Kanye West, anyone who was thinking outside the box.”

What were you listening to before you got into Yung Lean?

All I listened to when I was a kid was the soundtrack for the Scott Pilgrim vs. The World video game and other weird Mario remixes and stuff like that.

How does that turn into you making music?

I was doing some graphic design work for artists online because I was trying to make a little bit of money. I felt like I didn’t have enough control doing just graphic design so then I started making beats. I started producing beats for this guy in Chicago and it eventually got to a point where I thought it sounded like everything else. Then I started doing vocals. But I just learned everything online. I hate being taught, I just need to figure it out for myself. 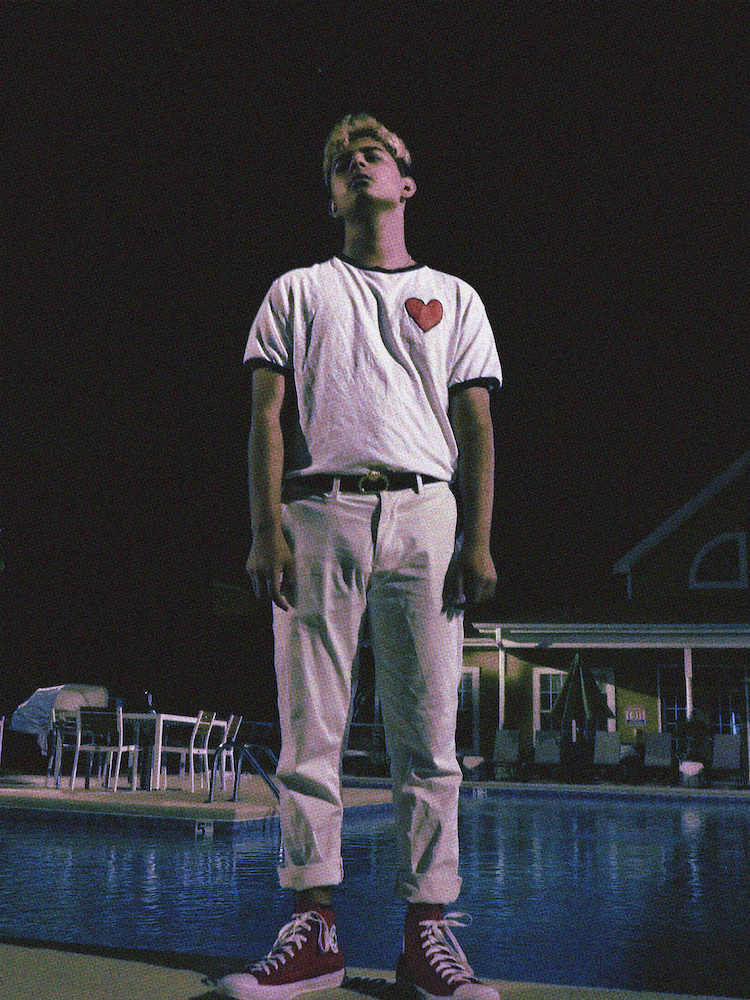 Tell me a bit about the people featured on Prom Night.

It’s like characters in my head. I didn’t want to just have features because some people are popping or some people are my friends, it had to make sense in this universe. I needed a bad influence character and Harm Franklin sent me his verse and I was like “oh this is so good.” Mileena is a girl from Toronto, she has a really beautiful voice and she’s on “May.” Tapper is from Chicago, he was the first person to ever rap on my beats. Chlo is the only person that I know in North Carolina, she makes really good music.

When and how did you come up with the “prom night” concept?

I’ve always wanted to make an ‘80s influenced album. It’s been since 2016 that I’ve been trying to master this production sound and I feel like I’ve finally figured it out. I don’t listen to a lot of disco and shit, I was just listening to Rick Astley’s “Never Gonna Give You Up” and I thought “damn, those drum fills are so fire.” I just thought the aesthetic was super sick. I was watching The Virgin Suicides and the dance scene in that is so sick. It’s just stereotypical high school. Freaks and Geeks, The Breakfast Club, all those movies from that time. I just wanted to capture that feeling.

What about your actual prom? How did that go?

I knew prom was going to suck because I’m not a white football player. I’m super awkward, I don’t even drive. This girl asked me out and I said okay. The only reason I DM’d her was because I thought she looked like my ex-girlfriend. She thought it was funny. She drove me to prom, she bought me a ticket, she did everything pretty much. I didn’t even really want to go to prom, I thought it would be cooler to stay home and drop Prom Night in my room alone. But we went there and we just stood around. It was so awkward. I didn’t know if I was supposed to touch her waist or whatever. But I’m glad I did it, it’s in character for Curtis Waters to feel awkward at prom.

It’s out ahhh I’m nervous I fell asleep last night but damn please go listen to this and dm me what u think! Thank you so much to everyone that helped make this come to fruition. Check out these lovely people!!! @harmfranklin @chlothegod @say.duh @tommybaby @b0ygem @bystevieross @mileenasy @tapperwrldwide @club_fern