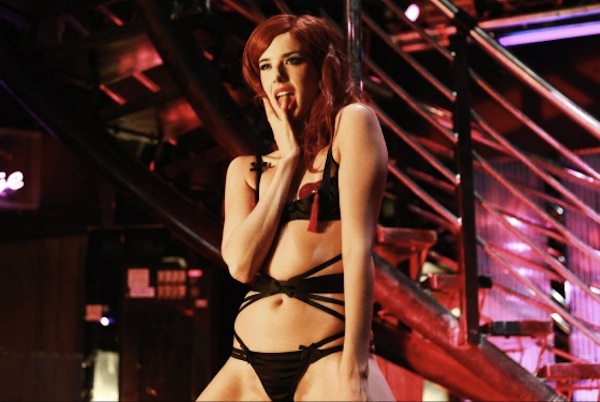 Agyness Deyn has been busy transforming herself into a bonafide actress, nipple tassels and all, for her upcoming role as a stripper named Flo in the remake of Nicolas Winding Refn’s 1996 film Pusher.

The photo above is the first we’ve seen of Deyn as Flo that’s been circulating the web recently and yet there still isn’t a release date for the film. We’ll keep our ear to the ground on this one and let you know when there’s more info.