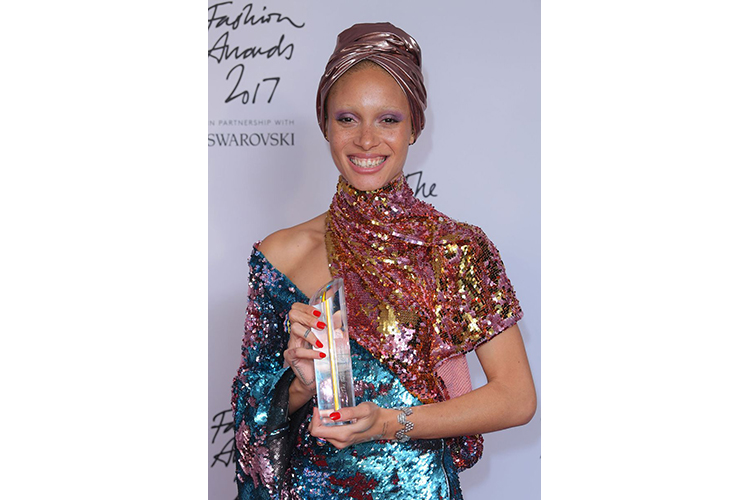 Adwoa Aboah was crowned “Model of the Year” at the 2017 Fashion Awards in London last night.

The 25-year-old British fashion model and activist beat out Kaia Gerber, both Hadid sisters and Winnie Harlow, who were also nominated for the coveted title.

The award, which has previously been bestowed upon Kate Moss, Georgia May Jagger and Cara Delevingne, was presented to the Vogue cover star by Erykah Badu and the British Fashion Council at the iconic Royal Albert Hall.