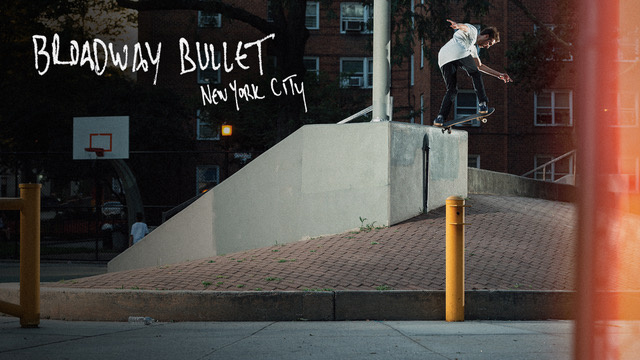 adidas Skateboarding has dropped another one of their signature skate edits, this time paying homage to the streets and urban architecture of New York City. The eight-minute long piece, titled “Broadway Bullet,” features an incredibly long list of riders from their adidas Skateboarding Global Team including Tyshawn Jones, Dennis Busenitz, Silas Baxter-Neil and more.

The edit also serves as an introduction for the newest additions to the team, Frankie Spears and Nora Vasconcellos. Vasconcellos is the first female rider to join the adidas Skateboarding team.