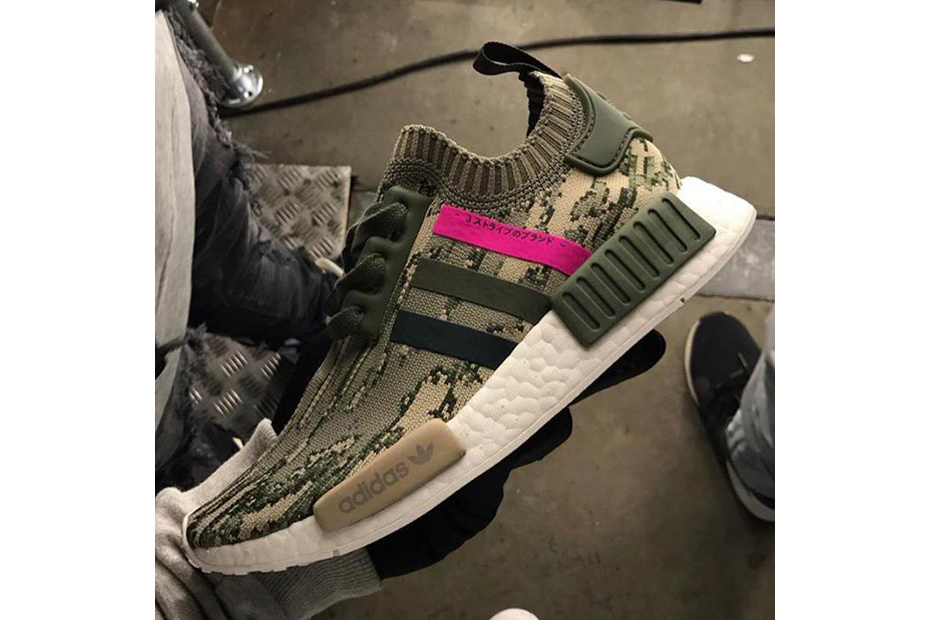 Since the NMD released in 2015, it’s become one of adidas’ most popular silhouettes, presented in a variety of colourways that err on the side of minimalism with the occasional colourful departure. It seems, however, that adidas will be encouraging sneakerheads to take a walk on the wild side this spring, after previewing what is surely the wildest NMD colourway yet at Foot Locker EU’s Hottest Month Ever event.

This iteration features a snakeskin print upper with the iconic Three Stripes branding on the side presented in Olive, Black and Hot Pink. It’s a bold combination to say the least, and quite the contrast to many other NMDs we’ve seen lately—namely the OG NMD_R1 PK, which rereleases this weekend.

What do you think of these NMDs? Is it too much, or are you happy to see adidas taking some risks with colour palettes? Let us know, and stay tuned for release information on these.