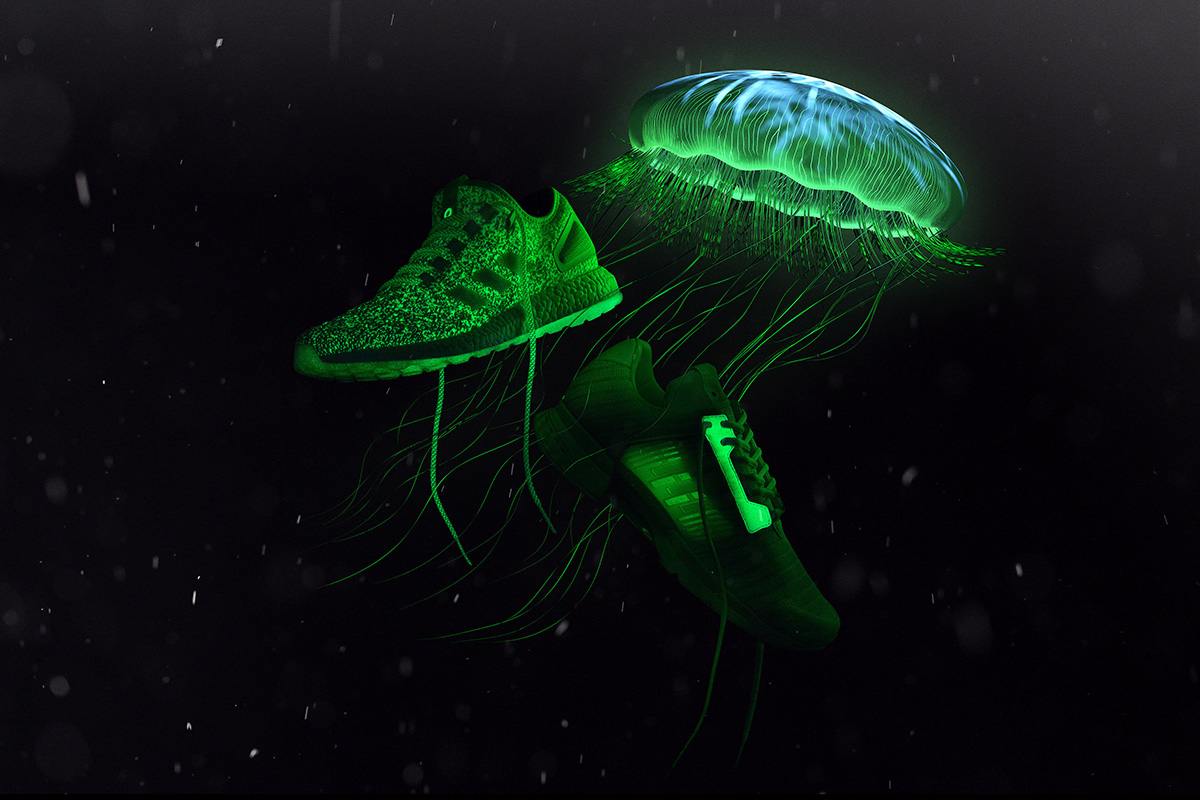 As part of the adidas Consortium Sneaker Exchange, Sneakerboy and Wish have joined forces to co-design two limited edition sneakers.

The challenge was to “deliver a stunning design concept for this series” and the two partners did just that, presenting an innovative take on the PureBOOST and the Climacool silhouette.

Austrialian-based brand Sneakerboy looked to the sea for inspiration and were intrigued by the luminescence of a particular, rare species of jellyfish, which resulted in a glow-in-the-dark PureBOOST and a translucent Climacool. Atlanta-based brand Wish happened to know of this particular jellyfish, as it can be found in the Georgia Aquarium, and were on board.

The PureBOOST is constructed with a loose gauge full Primeknit upper, luminescent and translucent fibers and coarse-mesh 3-Stripes detailing on lateral side. The sneaker is complete with a white BOOST™ midsole and clear outsole. The Climacool sees a loose gauge full Primeknit upper with coarse-mesh stripe pattern detailing and luminescent and translucent fibers. The Climacool technology provides 360 degree cooling for the entire foot.

The PureBOOST retails for $230 and the Climacool retails for $215. Both models are slated to drop on May 20 at Haven, Livestock, NRML and OTH.

Take a closer look at the jellfish-inspired sneakers below. 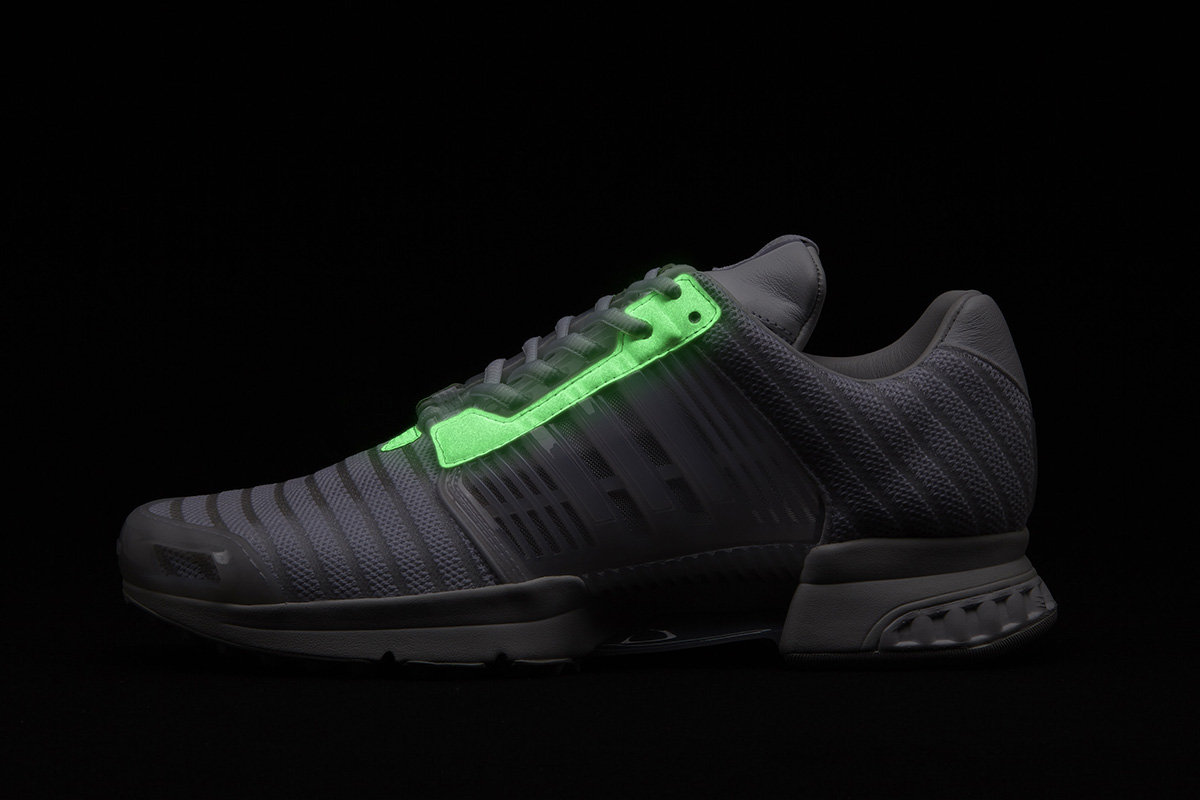 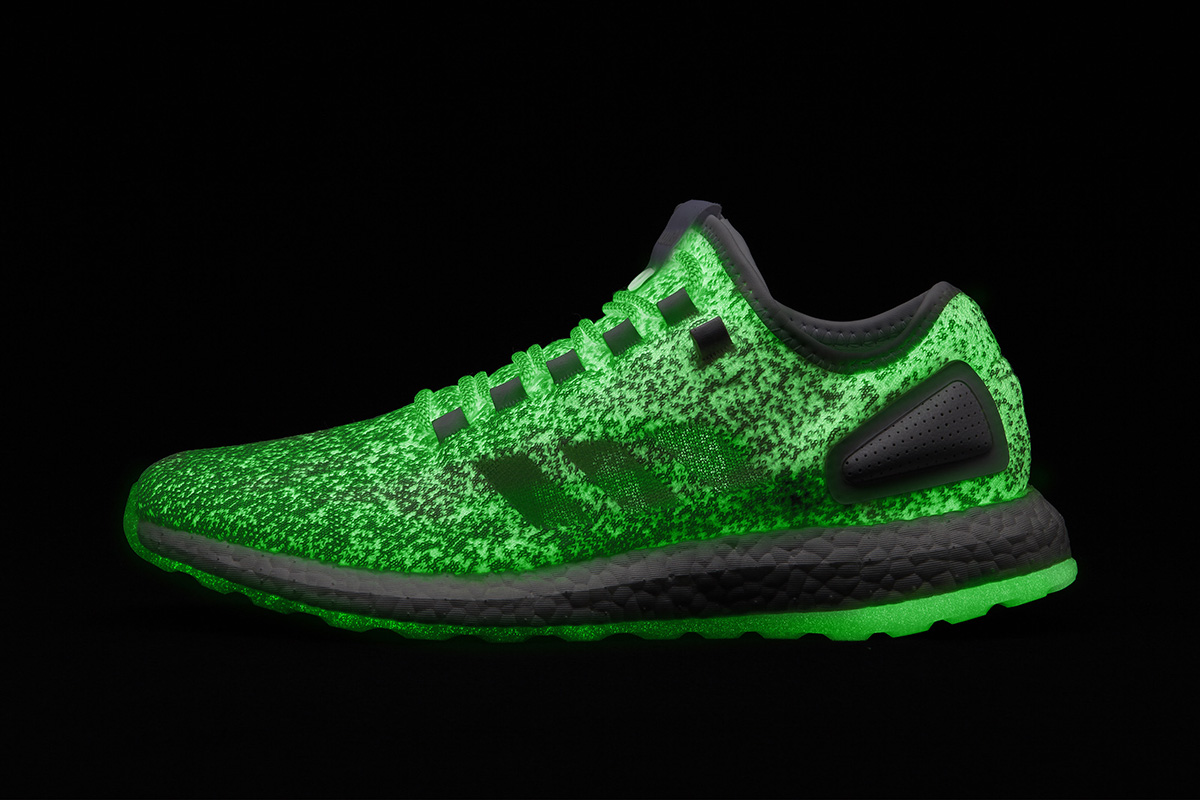