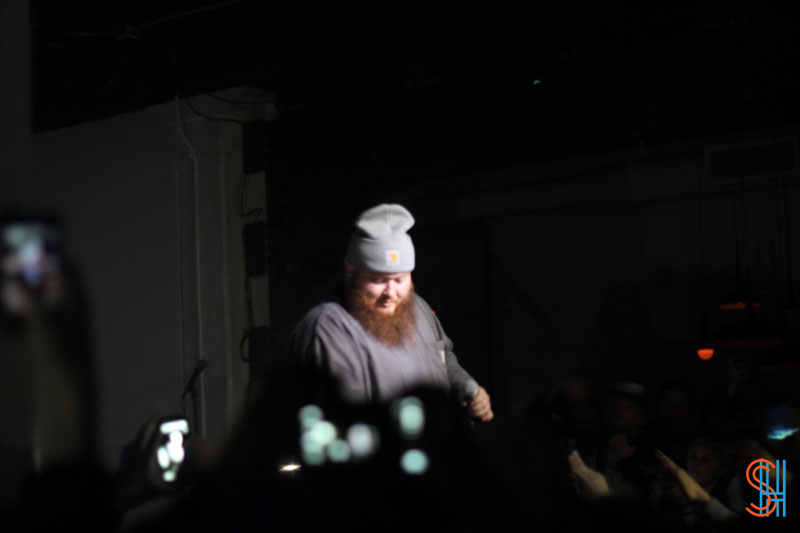 On Thursday night we hit up the Hoxton to see Action Bronson as he made his triumphant return to Toronto for Canadian Music Festival. Performing to a sold out crowd, Bronson had the gathered assembly of fans in a frenzy, after teasing the imminent start of the show, for over an hour.

By the time he took to the stage the audience had been chanting “Bronson! Bronson! Bronson!” For over an hour. Storming on to stage dropping his now classic hits “It’s Raw,” “Rare Chandeliers,” and “Steve Wynn” smoking joint after joint offered up from the crowd. Shouting praise after praise about Toronto, feeling at home, and our women, the 310lbs rapper started crowd surfing…. Successfully. Then deciding the stage wasn’t big enough, he actually walked the length of the club, climbed up on the bar and proceeded to continue rapping. The chef turned rapper definitely proved he knows how to cook up a good show. 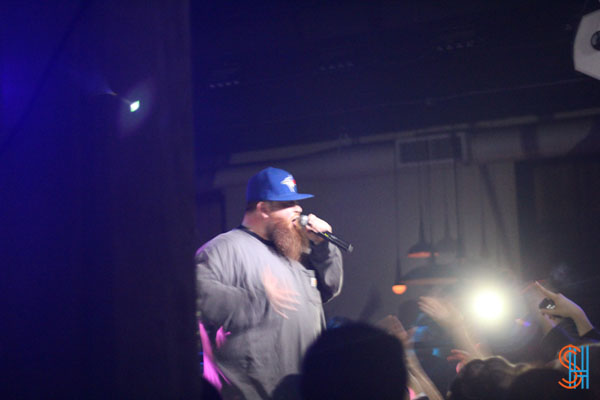