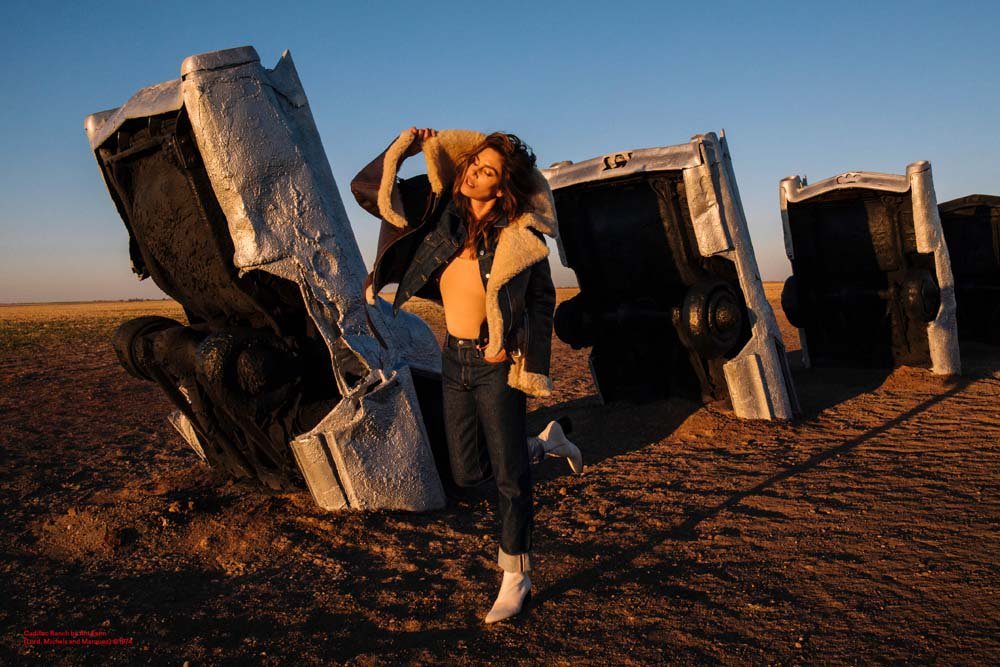 The campaign was shot in Amarillo, Texas at the land-art installation Cadillac Ranch, which was created by architectural design practice Ant Farm in 1974. For these images, Acne Studios received special permission to paint the cars that are part of the installation. In the campaign, Crawford wears Acne Studios’ newly reissued 1996 and 1997 jeans, which were the brand’s first ever jeans. The 1997 jean has a high-rise, a regular fit from the hip to the ankle and a rigid texture. The 1996 jean has the same characteristics but was designed for men. The stunning images were shot at dawn giving them an ethereal quality highlighting the classic style and beauty of Crawford and Acne Studios’ designs.

In celebration of the campaign, Acne Studios will also be holding an exhibit featuring Abell’s images in Paris this September. All profits from the photographs sold, and exclusive exhibition merchandise will be donated to charity. Take a look at a few of the gorgeous shots from the campaign below. 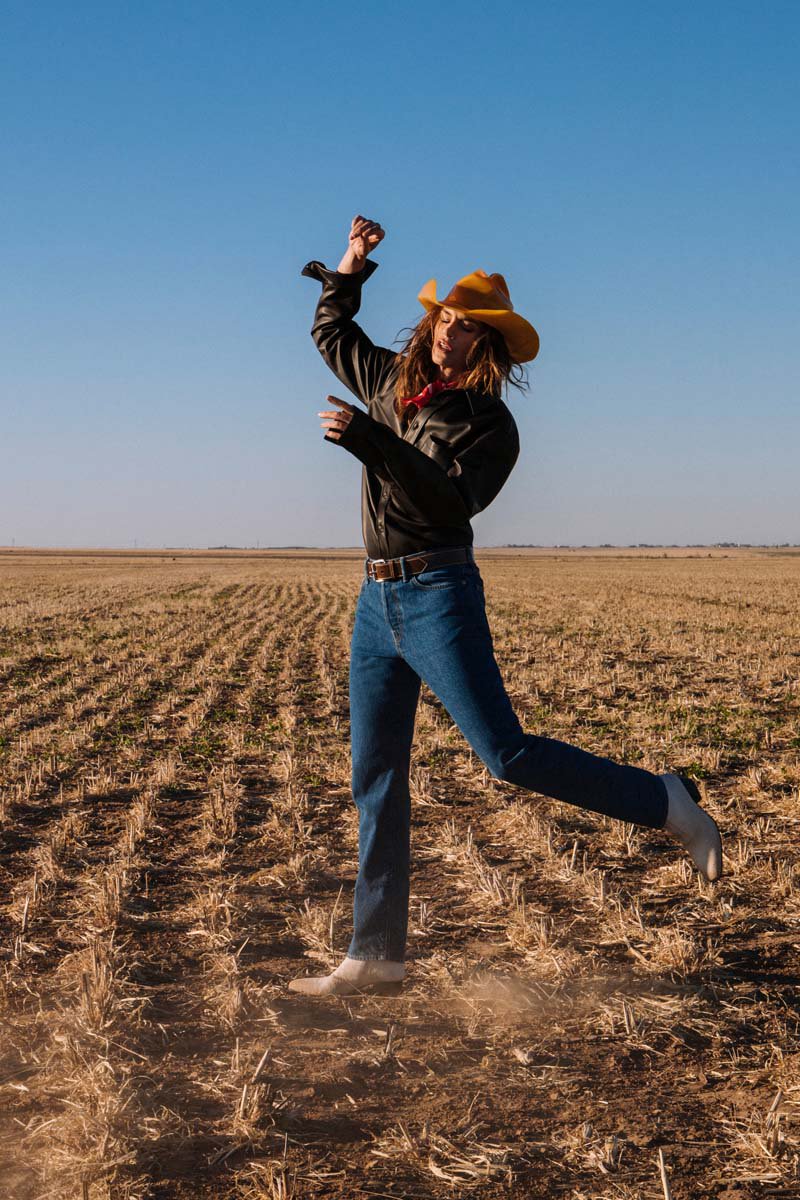 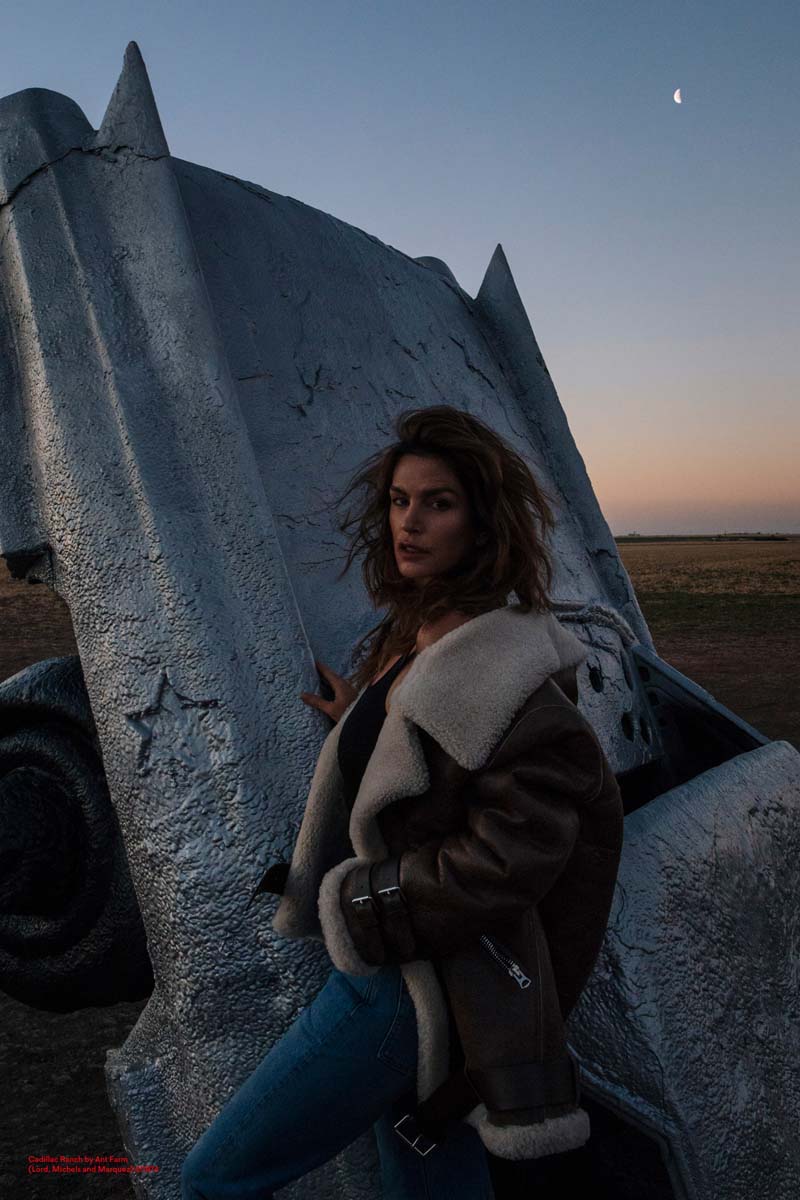 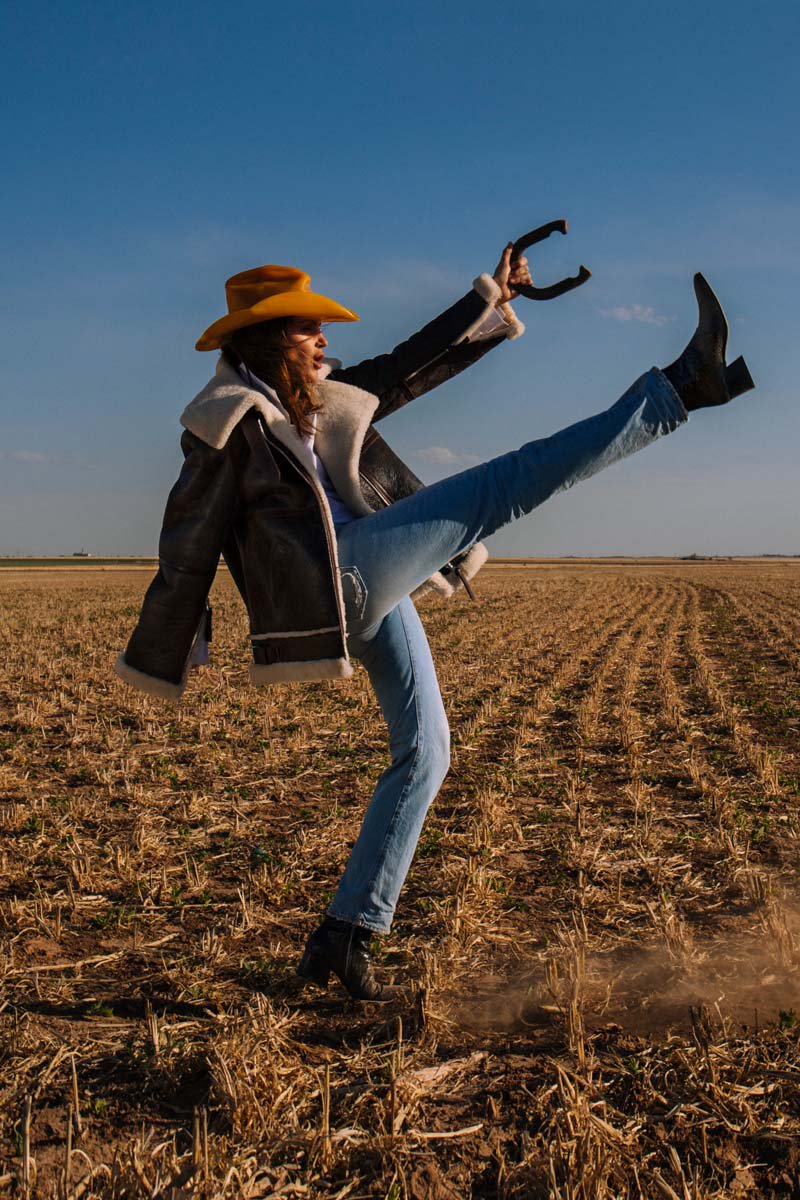 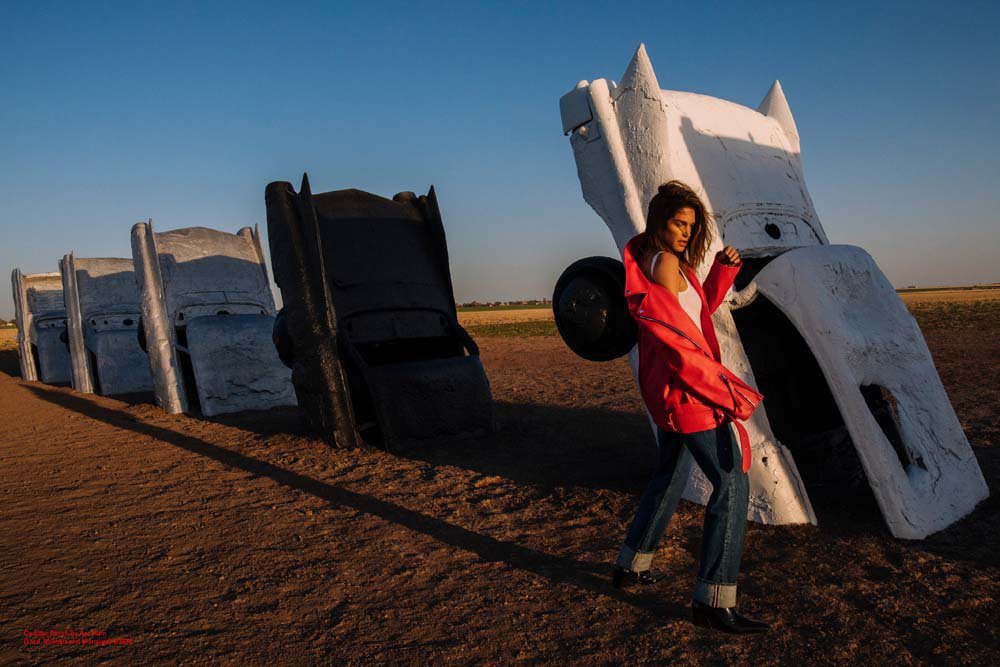