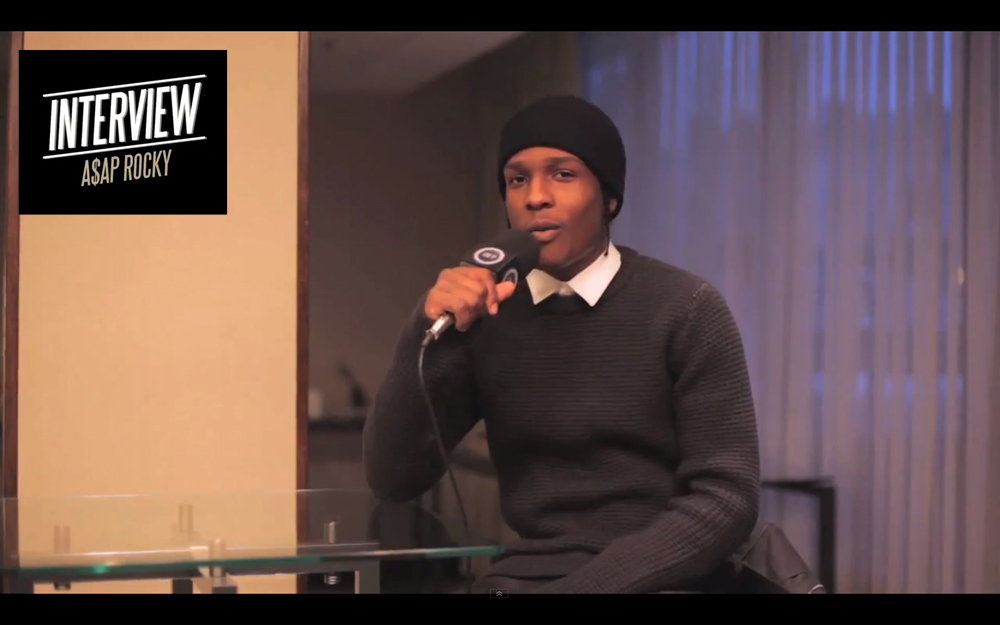 During his press tour in Paris, rapper and fashion monster A$AP Rocky sat down with French media outlet OFIVE TV for an exclusive interview. The interview took place a couple of days after the release of Rocky’s major label studio debut Long.Live.A$AP, with the Harlem rapper discussing the meaning and the direction that he wishes to make in his music, his taste for art and its relationship with religion, and who he thinks had the best verse on his track “1 Train” (Kendrick Lamar, Joey Badass, Yelawolf, Danny Brown, Action Bronson or Big K.R.I.T.). It’s an interesting interview, well worth your attention. Watch below