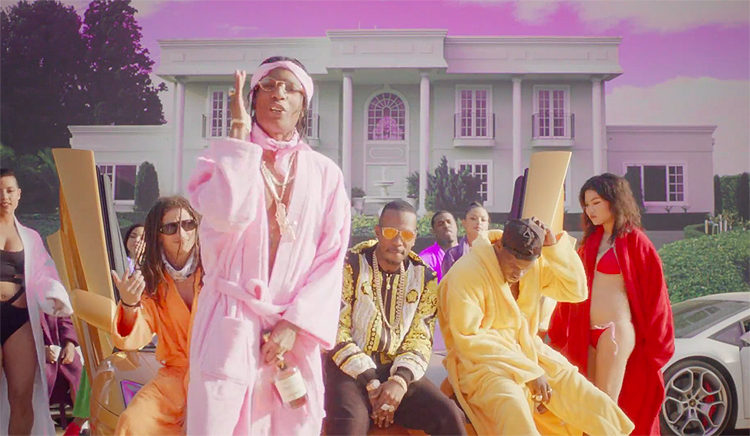 After the devastating loss of the Mob’s creative curator, leader, spirit guide and brother A$AP Yams in 2015, the A$AP Mob is now more determined than ever to carry on the lasting legacy left by Steven “Yams” Rodriguez. 2016 began with the inaugural Yams Day on January 18th in New York, where fans lined up for blocks to attend the sold out Terminal 5 show featuring guest appearances from A$AP Rocky, A$AP Ferg, A$AP Twelvyy, A$AP Mob, Danny Brown, A-Trak, Action Bronson, DJ Drama, Yung Gleesh, Joey Bada$, French Montana and more. It was at that tribute event that the Mob premiered “Yamborghini High” for the first time live. Now we get the full, wavy as fuck and trippy as hell visual for the track, which you can watch above now!