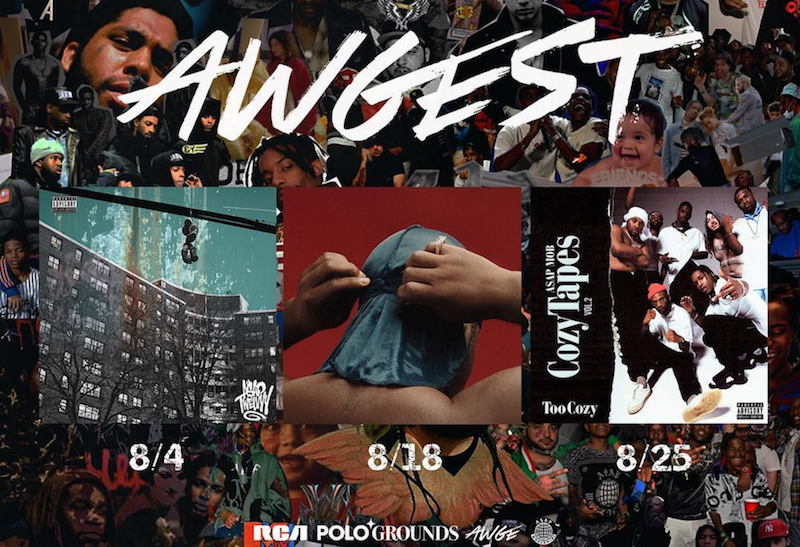 After announcing a North American fall tour and releasing the official visual for “RAF,” A$AP Mob has announced and confirmed the details for three August album releases including the long-awaited second installment of their Cozy Tapes series.

First up is A$AP Twelvyy’s 12 project on August 4. The rising A$AP member has been a prominent feature artist on all Mob projects and recently released his new single “Diamonds” featuring A$AP Rocky (and a sample of Phantogram’s “Mouthful of Diamonds”).

Finally, the entire Mob will release the second Cozy Tapes project titled Cozy Tapes Vol. 2: Too Cozy. The album will be supported by the “Too Cozy Tour” featuring Mob leaders like Rocky, Ferg and Twelvyy as well as Playboi Carti, Key! and Cozy Boys (A$AP Lou and J.Scott).

Stay tuned for all three projects from the A$AP Mob and check out the “Too Cozy Tour” dates below.