A Tribe Called Quest Share “We The People…” Music Video 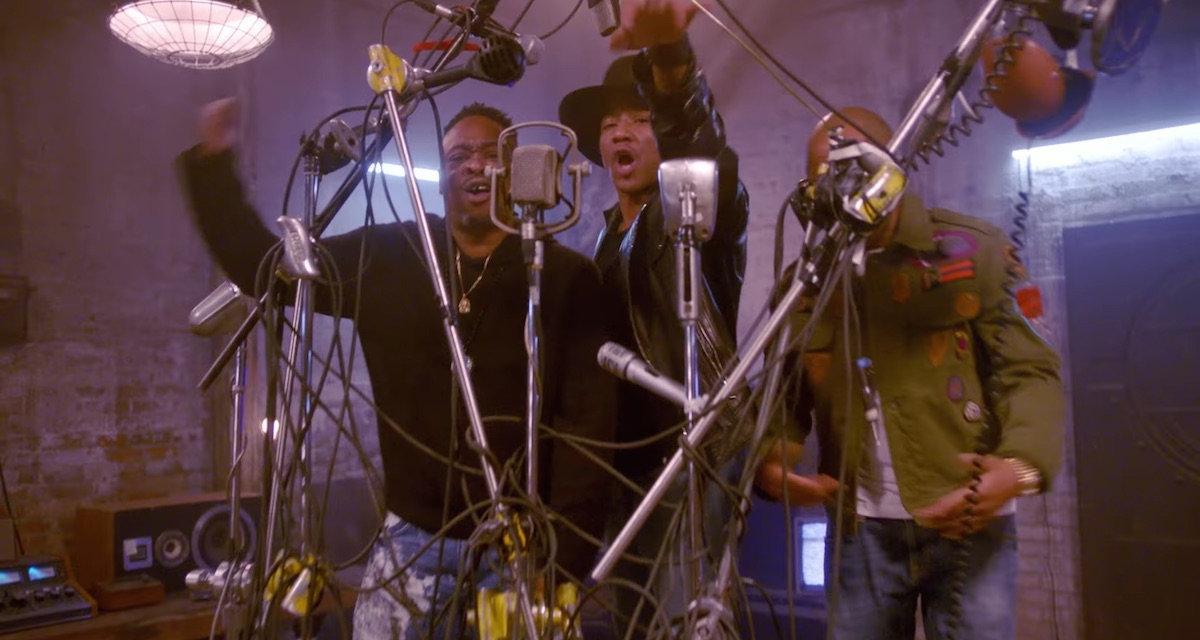 With less than two weeks after America selected Donald Trump as Barack Obama’s successor, millions have taken to the streets to protest the outcome. Many fans and critics have noted the eerily well-timed release of A Tribe Called Quest’s new album We Got It From Here…Thank You 4 Your Service, stacked with bars reflecting on living in a deeply divided and racist society. Their first single taken from the album “We The People…” has gained a favorable amount of support as the first post-election protest song–and now it officially has a music video.

The concept depicts the members, namely Q-Tip, broadcasting their lyrics across the airwaves to New York to empower the youth to unite for a better future. Clips of protest goers holding “We The People” signs spike up between clips of Q-Tip rapping over a host of microphones. Late member Phife Dog appears as a gigantic street art wall mural for his verse, a nod to the impact of art also being another form of protest.

Watch “We The People…” above.