What To Watch & Read Right Now

Although much of our live entertainment has been cancelled or delayed, there is still plenty to read and watch as the tumbleweeds pass by our homes. Here’s what we’re looking forward to, or already into.

Revived from 17 years ago, World’s Toughest Race: Eco-Challenge Fiji follows 66 teams from 30 countries as they make their way through a continuous 24-hour race that lasts 11 days. Exercising their will to succeed in challenges done through terrain like mountains, rivers, jungles and oceans, forty-one camera crews capture the intense grind over 671 kilometres. Contestants bike, white water raft, rock climb, swim and sail through parts of Fiji to win, with teams getting beat up, bloodied and torn apart as they do it. The show was first created by Survivor creator Mark Burnett, who serves as an executive producer, and the race will take place over 10 episodes.

H.P. Lovecraft was one of the most prolific writers of the 20th century, and this 10-episode series tackles his work both in honour and as a form of a reckoning against racism.

In the first episode we are introduced to Korean war veteran Atticus Freeman (“Tic”), played by Jonathan Majors. Tic has ventured to Chicago and reunited with his uncle, George Freeman (Courtney B. Vance). Upon arrival, Tic also reconnects with his childhood friend, Letitia Lewis (Jurnee Smollett), who, like him, is a science fiction nerd. Soon the three are venturing to find Tic’s father in a place called Ardem. What comes next is gargoyle-like creatures that shred faces, a mix of friendly and historical banter (“tell me again why the White House is white?”), and racist exchanges that leave you feeling unsettled and furious.

We are immediately rooting for these three to escape the Sundown county (a county that will hang/kill Black people if they are caught in it after sundown), as well as subsequent hate from the county sheriff. It is a mix of gore, horror, supernatural beings, visuals and dreams.

Lovecraft Country is based on the 2016 dark fantasy from Matt Rusk, which is comprised of short stories. The first story in that novel is called “Lovecraft Country,” and the adaptation to TV has been recreated thanks to Misha Green, with Jordan Peele producing.

Early on in the first episode Tic says, “Stories are like people, loving them doesn’t make them perfect, you just try and cherish ’em, try and overlook their flaws.” True. If you are a fan of H.P. Lovecraft, you’re probably already watching.

The series follows a group of women, each conned by the same man, Richard Scott Smith, and how they’ve enlisted a bounty hunter to take him down. The four-part docuseries comes from the Academy Award-nominated directors of Jesus Camp. Under different aliases, Smith was able to lure in women under the pretense of love, and then suck them dry of money, like to the tune of $700,000, for some. The series follows in real time as these women hired help to seek justice for the wrongs  done, money lost and the habitual trickery. We can’t wait to see whether or not this will pan out with an ending that sees such justice: him caught, or better yet, conned and then caught.

A bit of side step here, but again, under the guise of love. Would you use science to find your soulmate? That’s the premise of this new show. Six different stories are told around how science can help do just that: locate your perfect match. This might be when Black Mirror and Married at First Sight merge, portraying stories that show the power of science with the hope of love. The series takes places 15 years in the future, and the cast includes Malin Akerman (Billions), Charlie Heaton (Stranger Things), and Sarah Snook (Succession). The series was written by Will Bridges (Stranger Things) and Brett Goldstein (Ted Lasso).

Whether or not it will mirror Aldous Huxley‘s book, we’re giving this a shot, and it seems like a very fitting time doing so. The show stars Alden Ehrenreich as John the Savage, an outsider to the New London (where everything looks perfect). Demi Moore plays John’s alcoholic mother, Linda, and other cast members include Jessica Brown Findlay (Downtown Abbey), Josephy Morgan (The Vampire Diaries), Kylie Bunbury (Pitch), and Harry Lloyd (Counterpart). All must abide by three rules:  No family. No privacy. No monogamy.

Anything Kim Cattrall is in is a worthy watch, and this new show, which sees her in the leading role, looks at the debauchery following the death of her husband, a popular Christian TV host. What should be a grieving time soon turns into more unravelling after she finds out that her husband lived a secret life and has three illegitimate children, each set to inherit a million of the Southern family fortune. The next phase is to tame these children into abiding by her rules, which looks like no easy feat. The series comes from writer and director Tate Taylor (Ma, The Girl on the Train, The Help).

While it may be season three for this series, it is new to Fox’s roster, which means more people will get to see it. Plus, with all the excitement around Space X and exploration, it seems fitting that a show around “possible worlds” would fill a programming void. The series pioneered by famed educator and astronomer Carl Sagan, asks, “who will we become in the far future,” comforting that “despite our limitation and fallibilities, we humans are capable of greatness.” Executive producer and Peabody award-winner Ann Druyan and Emmy award-winning executive producer Seth Macfarlane have helped hone this series. Neil DeGrasse Tyson continues this season as host.

Peter Sarsgaard stars in this story centred on a man who’s convicted of murdering his mother. Based on the trailer, there are 10 different interrogations to observe, taken from real case files that span over 20 years. Finding out how and who did the murder will be achieved through a series of questions and implications, and we’re all for investigating alongside, well, from our beds and couches, but still.

This is going to be either a hit or miss, but we’ll watch the first episode no less. The sinister devices spying on you is not a new narrative, Black Mirror has been there and done that, but there still may be something left to uncover here. If it is about how the information obtained through these devices that “you’ve already let in” and what that can do to coerce, scare and manipulate people, then there is something, but if we are looking at another hogwash of skepticism that just teeters the truth, then it might be a regret. Still, we’re willing to take that chance.

Originally set to air in May, The Undoing, featuring Nicole Kidman and Hugh Grant, is a six-part limited series we’re looking forward to. Kidman and Grant star as Grace and Jonathan Fraser, who seem to get caught up in some sort of situation that has warranted serious concern. Although a little scarce on details, the trailer does highlight a theme: secrets. We’re also glad to see David E. Kelley (Big Little Lies) crafted the story.

According to HBO the plot goes like this: “Overnight a chasm opens in their lives: a violent death and a chain of terrible revelations. Left behind in the wake of a spreading and very public disaster and horrified by the ways in which she has failed to heed her own advice, Grace must dismantle one life and create another for her child and her family.”

The Undoing is directed by Susanne Bier, director of The Night Manager and Bird Box. Donald Sutherland also stars.

It’s not surprising that video games have become a larger part of our lives as of late (thanks pandemic), but the beauty of the games has a long history, some we may know while others we’re wishing we knew. Well, now we can know thanks to this limited series. High Score looks at the history of video games and how they have evolved, looking further at how the games have turned passive entertainment into interactive entertainment. From Pac Man to Space Invaders to John Madden, there is a bevy of titles and stories to engage in. Six episodes showcase this history and intrigue, all available via Netflix. 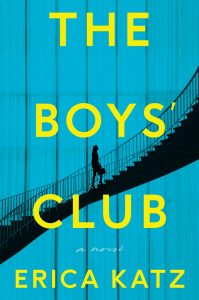 Released earlier this month, this book from Erica Katz looks at the life behind the scenes as a women in a law firm. Described as Sweetbitter (a show based on the inner workings of the New York restaurant scene) meets Suits (a show that looks inside the lives of lawyers), this is a book we can get behind. High achiever Alex Vogel lands a job at a prestigious law firm, but when things start getting intense at work, both personally and professionally, her role starts to become blurred and she begins to see the dirtiness from inside. 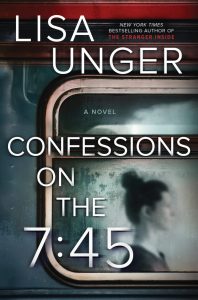 This psychological thriller looks at chance encounters and lingering betrayal. Selena Murphy meets a stranger named “Martha” on a train and ends up divulging her fear that her husband is cheating with the nanny. What was an innocent reveal soon becomes all too real, when the nanny in question goes missing. The book is said to resemble Strangers on a Train. This is the latest from acclaimed Lisa Unger, acclaimed writer of seventeen novels, and New York Times columnist. 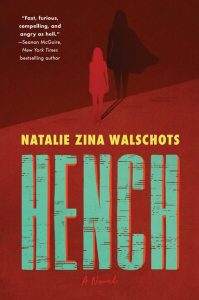 We’re already getting lost in this book from Toronto’s Natalie Zina Walschots, author of poetry books Thumbscrews and DOOM. As her debut novel, Hench dives into the superhero world and the life of a girl working at a temp agency that hires supervillains. Soon she ends up getting hurt by a superhero, laid off, and vengeance takes over. 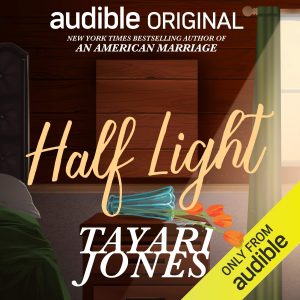 As for audiobooks, we’re getting into Half Light by Tayari Jones, which looks at identical twins on a mission to steal back a family heirloom, set in present-day Atlanta. Jones said she wrote Half Light because she was “really interested in the idea of Black people owning priceless works of art,” and the hunt for what’s rightfully theirs unfolds come August 31. 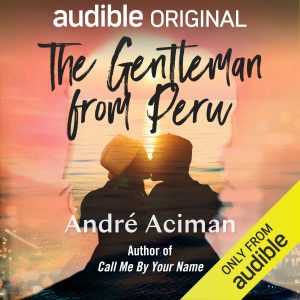 Also, The Gentleman from Peru is on our list of worthy listens. It comes from André Aciman, New York Times bestselling author of Call Me By Your Name, which saw its riveting plot made into the 2018 film by the same name, which won an Academy Award. Here we revisit what it’s like to be young, impressionable and intimately intrigued.

Both titles are available soon over at Audible.ca.