A Date With Ralph

The moment we first set ears on Ralph we were instantly head over heels for her smooth pop sound and confident lyrics that channel inner girl power. When she released her self-titled debut EP just under a year ago, we listened to it on repeat. When we saw her live for the first time at her EP release show, we called her Toronto’s Carly Rae Jepsen for a reason. Ralph makes infectious earworms that get stuck in both your head and heart. The songstress also known Raffa Weyman has also released a sleek collection of music videos to match her equally well formed tracks, such as the so cool “Cold To The Touch” or the dreamy “Tease.” 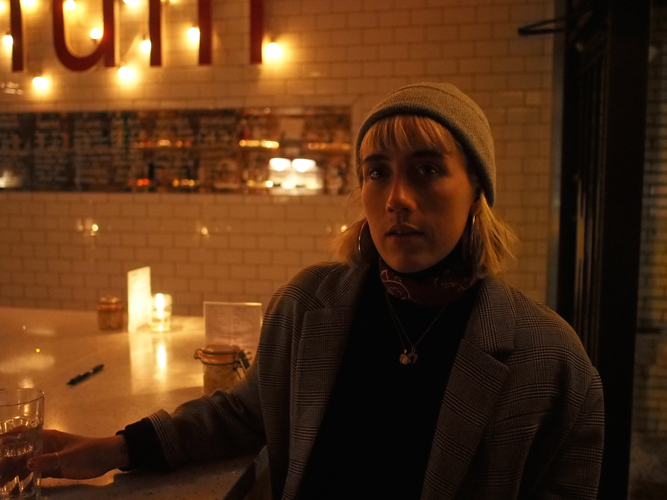 Sidewalk Hustle: So we’re on a romantic date, do you have any pick-up lines? Any go-tos if you’re out at a show and see someone cute?

Ralph: It’s eye contact. I don’t know if I have a pick up line, but I’m pretty good. Or so I’ve been told. I always said I’m terrible at flirting and my friends are like, “Are you kidding? You literally flirt with everybody!” I think I’m good at body contact. Also I have this line… I almost don’t want to mention it, but if there’s someone I’m interested in and I’m not sure how to get the ball rolling I text them and I go, “Oh my god! I had the craziest dream about you last night!” And I make something up and it always works!

Do we have a new album on the way?

Oh yeah! It’s almost done. I think we’re at nine songs and we want 10. I have a two day session this weekend and hoping that I can get a really sick song out of the last few sessions… The hardest part about an album I think is that you write, write, write, write, write and then you have to go through *all* of the songs and be like okay what are my favorites? What are the best songs but also what makes sense? What has a cohesive sound? Although that being said I was just talking the other day with a friend of mine and we were like “You know what? Artists have just putting out albums these days that are all over the place.

The EP got lots of 80’s comparisons and this acoustic session of “Tease” is giving us some real bad-ass Shania Twain vibes.

I love that it’s a comparison people give me. I love that. I’m never offended when people say Shania Twain, she’s amazing. She’s a living legend. She continues to amaze me. I grew up listening to Shania, so whenever my voice is compared to Stevie Nicks or Shania Twain, it’s like obviously those probably live in my brain because I grew up listening to them. I also did folk music and listened to tons of folk music & country so having a bit of a twang, I’m not shocked that people hear that in there. I think that’s cool because pop is this genre that is so open for artists to take it and make it their own. I love that on one song you get 80’s on another song and you get Shania country twang and another song you get straight up Britney 90s and then maybe on another song you’ll get a bit of R&B contemporary. That’s what I’m trying to do for this new album. The classification of my music being 80’s synth pop… It’s actually not the genre that I’m most familiar and passionate about. It’s synth pop so there’s always going to be an 80s influences in there. 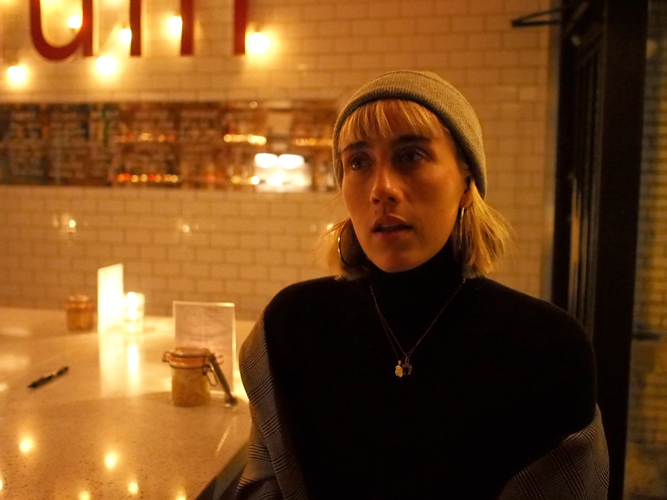 If you had a date with your fav pop star who would it be and what would you do?

Ariana Grande. I feel she’s actually not really like a big party girl. She seems like someone who isn’t actually that into being in the public eye. So maybe we would just go for a glass of wine. I’d be like “girl let’s be friends you can trust me.” 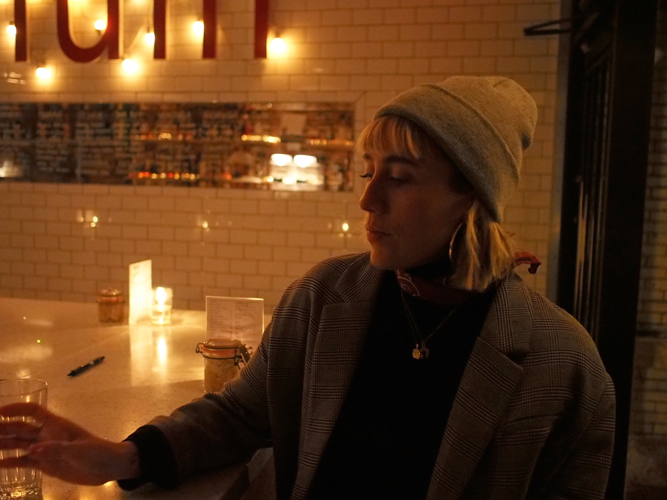 Between being Raffa and being Ralph, what do you think the biggest differences are?

I think with Ralph I’m always on. I’m always an extrovert. I’m always talking and making sure that I’m pleasant. That’s not to say that those are not qualities of Raffa as well, but I think what I’m Raffa I’m also a bit more an introvert. I love spending time alone or spending time with someone who’s close to me or my family. There are days when you wake up and you’ve had a cold for a week and you feel like shit. You’re like “I’m not putting on any make up. I’m also not showering, I’m gonna put my hair in a hat and I’m gonna wear sweatpants.” It’s weird when those two world combine.

I remember a couple months ago I was waiting for the bus at Dupont and Dufferin. I think I’d just come from the gym, I looked disgusting but I was like “Galleria Mall! You literally don’t know anybody here!” And I’m Raffa right now, I’m so Raffa. Also I think I was in a really bad mood, so I had a negative face look. This girl walks by and then she comes back and she’s like “Hey sorry, are you Ralph?” All of a sudden I feel like I have to turn on Ralph but I didn’t feel comfortable doing it because my exterior did not match who she thought Ralph was. She was like “I just wanna tell you like I love your music,” and then it makes you just feel weird but it’s so cool to have that happen. It’s awesome people feel comfortable enough to tell that to me and I love them, but it’s weird because I’m not like a pristine person. I don’t wear that much makeup, I have curly hair naturally & sometimes it’s kind of ratty. So I don’t know. I think like Ralph and Ralph are very similar. I never feel like I’m putting on anything that’s insincere when I’m Ralph. I just think that maybe Ralph is more polished shiny version of Raffa.

Before, lots of pop artists were meticulously made with such a precision and they had an unreal level of perfection but now in the digital age there seems to be a celebration of vulnerability and flaws with massive artist like Lorde posting photos of their acne on social media.

I think so too, and that’s what cool. Sometimes I think about the shit that I post on my Instagram… or my hair during an interview that’s going to be on internet forevermore, and I have to just admit and accept to myself that I am not a flawless shiny perfect creature with straight hair and toned arms. That’s not me and I think that my fans relate to me because I can be kind of honest and funny about those moments. 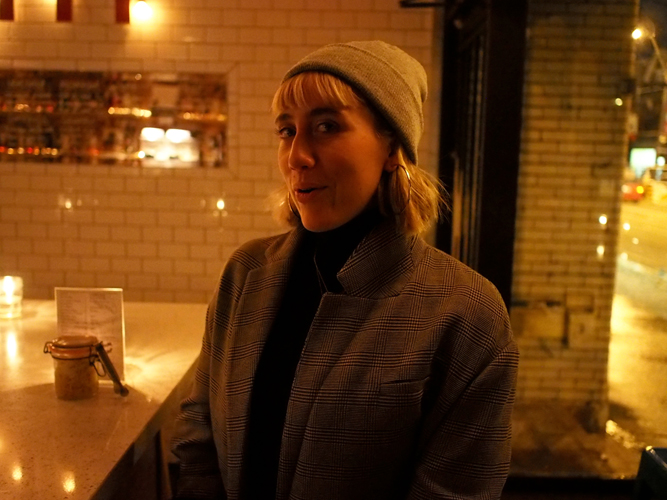 Who are you listening to right now?

I have a Spotify playlist that I’m always adding new songs to. Billie Eilish I’m really interested in. She’s 17. Her brother produces her shit. They sit in a room and they’re both untrained and they write these really interesting songs, partly because they’re both young and untrained. They’re just fucking around in a little tiny studio and she wrote this song about killing her friends called “Bellyache“. I didn’t realize that’s what it was about until I saw an interview and I was like “Oh my god that’s so dark for a 17 year old” but she’s also into writing unconventional lyrics. And her melodies are super interesting and cool.

I’ve said it before but Daniel Caesar because I love him and I will always love him. And Toronto vibes and so much respect for what he does. I love that he’s a singer songwriter who writes songs with such deep and beautiful content. That’s what’s inspiring to me. Charlotte Day Wilson. Tei Shi would be cool. Kali Uchis would be fucking unreal. Maggie Rogers.

Is Stevie Nicks too much to ask? 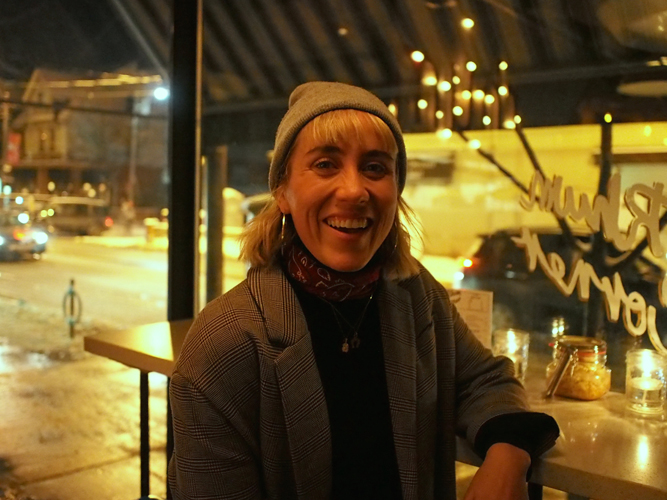