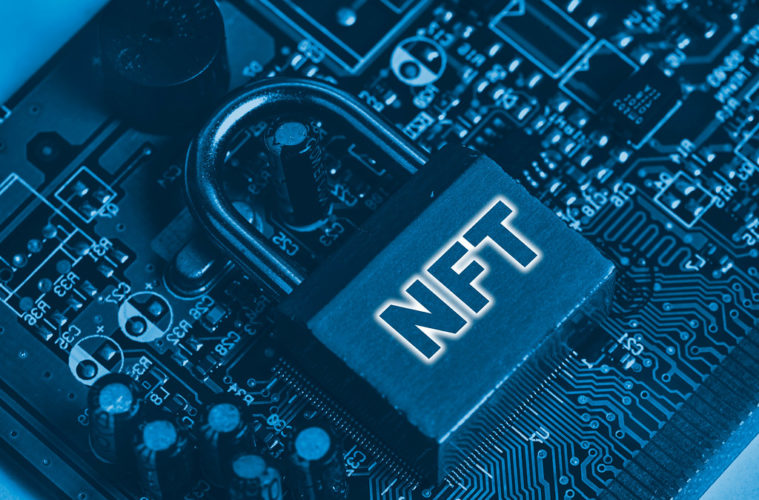 News on cryptocurrencies and the ever-evolving “Web 3.0” continue to spread across the airwaves. And with that comes a need for understanding, starting with a basic glossary of definitions. You’ve probably seen these terms scattered throughout articles, or via well-coiffed social media threads, or you’ve heard them in conversations with your neighbour, aka the guy who wants to “get you into crypto”. But maybe, like many, you are still scrolling and trying to make sense of all the information at a pace that is digestible (is anything these days?). Whatever the case may be, here’s a general guide to help clarify what crypto proponents are saying.

Cryptography is a discipline or field of study which practices using cryptography to convert human-readable information that can only be deciphered by individuals who have the knowledge to.

If two people want to communicate securely with each other, cryptography lets them:

“Crypto”
“Crypto” has become the informal industry term for cryptocurrencies. (Some cryptography folk dislike this.)
Crypto Address
A crypto address is a place where cryptocurrency can be sent to and from, in the form of a string of letters and
numbers.
Cryptocurrency Exchange
A cryptocurrency exchange allows its users to buy and sell digital currencies, like Ethereum or Bitcoin. Coinbase (U.S.), Crypto.com (Singapore), and Binance (registered in Cayman Islands; founded by Changpeng Zhao) are examples of cryptocurrency exchanges. As of March 17, residents in Ontario are restricted from using Binance.
Crypto Mining
Mining is the process of crypto miners verifying and adding transaction records into a block. The competitive process that verifies and adds new transactions to the blockchain for a cryptocurrency that uses the proof-of-work (PoW) method. The miner that wins the competition is rewarded with some amount of the currency and/or transaction fees.
Crypto Wallet
A crypto wallet is a software client that handles storage of cryptocurrencies and allows users to send cryptocurrencies. A cryptocurrency wallet is where you store different tokens such as Bitcoin and Ethereum. MetaMask and Coinbase Wallet are two examples of crypto wallets.
Decentralized
Decentralized refers to a system where there are no centralized points of failure or organization with no central authority figure.
Decentralized Apps (Dapps)
Dapps have their backend code (smart contracts) running on a decentralized network instead of a centralized server.
Decentralized Autonomous Organization (DAO)
A DAO is a blockchain-based form of organization or company that is often governed by a native crypto token.
Decentralized Finance (DeFi)
Decentralized finance, or DeFi, uses emerging financial technology to remove third parties in financial transactions. In DeFi, bank fees and other financial company charges for their services are eliminated, money is held in a digital wallet, and anyone with an internet connection can use it without needing approval.
Ethereum
Ethereum is a blockchain-based software platform that is primarily used to support the world’s second-largest cryptocurrency by market capitalization after Bitcoin. Ethereum has its flaws, including its slowness with processing transactions as well as high gas fees. Transaction fees are highly volatile.
Ether
Ether is the form of payment used in the operation of the distributed application platform, Ethereum. Ether has the second-biggest market capitalization.
ERC-20
Vitalik Buterin and Fabian Vogelsteller created the ERC-20 standard, a foundational building block for Ethereum. This is the standard to which each Ethereum token complies. It defines the way that each token behaves so that transactions are predictable. Other cryptocurrencies also use the ERC-20 standard, piggybacking on the Ethereum network in the process.
Fiat Currency
A fiat currency is money that is not backed by a physical commodity like gold, but instead backed by the government that issued it. Most modern currencies, such as the Canadian or U.S. dollar, are fiat money.
Gas
Gas is the computing power needed to validate a particular transaction on Ethereum.
Gas Fees
Gas fees are the measure of the cost of validating transactions which require “gas” to mine.
Hashing
Hashing is an operation that uses a one-way (irreversible) function on data, usually to reduce the length of the data and to provide a verifiable authentication value (checksum) for the hashed data.

A hash function takes input data of any length and returns a value that is fixed length. This output value (sometimes called a “digest” or “tag”), is computed in a way that is:

“Hodl“
“Hodl” is cryptocurrency slang for hanging on to an investment for the long term.
Hot Wallet
A hot wallet is a tool that stores your cryptocurrencies and is always connected to the internet.
Initial Coin Offering (ICO)
A company seeking to raise money to create a new coin, app, or service can launch an ICO as a way to raise funds. ICOs are similar to initial public offerings, but coins issued in an ICO can also have utility for a software service or product.
InterPlanetary File System (IPFS)
The InterPlanetary File System is a peer-to-peer storage protocol network. When you try to access a file IPFS tries to access its content directly, not the location of the content. It is “content-based addressing” instead of “location-based addressing.”
Metadata
Metadata is a digital fingerprint that can reveal where and when something was filmed.
As per Harvard Law School: “It is an electronic ‘fingerprint’ that automatically adds identifying characteristics, such as the creator or author of the file, the name of individuals who have accessed or edited the file, the location from which the file was accessed, and the amount of time spent editing the file.” But it is not always reliable.
Metaverse
The metaverse relies on a network of virtual worlds, created by using technologies like virtual reality (VR) and augmented reality (AR). Not all metaverses have VR-capability (as of March 2022).
Node
Within the blockchain network, the nodes are computers that connect to the network and have an updated copy of the blockchain.
Non-Custodial Wallet
A non-custodial wallet is where the service provider/browser doesn’t store keys to your wallet. You have to remember your 12-word secret phrase to restore your wallet on another device.
Non-Fungible Tokens (NFTs)

NFTs are collectible elements within the Ethereum blockchain under ERC-721, where each token refers to a single element with a certain value. A token can represent digital art, music, videos, real estate, and other assets. NFTs can’t be exchanged for one another. That’s why they’re non-fungible. An NFT is a unique pointer to a server like InterPlanetary File System (IPFS) that hosts the image, mp3, data, etc.

As per Wired: “…NFTs typically contain links to an asset hosted elsewhere. The NFT doesn’t convey ownership of the copyright, storage, or usage rights to the asset itself. As White explained, when someone buys an NFT, ‘They’ve paid to have their wallet address etched into a database alongside a pointer to something. I wouldn’t say they really ‘own’ anything at all.'”

Off-Chain
Off-chain transactions occur outside the blockchain and executed instantly.
On-Chain
On-chain transactions consider to be valid when a blockchain reflects the transactions on the distributed public ledger.
Ontario Securities Commission (OSC)
The Ontario Securities Commission (OSC) is the largest securities regulator in Canada, enforcing securities laws in the province of Ontario.
OpenSea
Open Sea is the biggest NFT marketplace.
Open Source
Open-source software is a type of software released under a license in which the copyright holder grants users the rights to study, change, and distribute the software to anyone and for any purpose.
Phishing
Phishing attacks are the practice of sending fraudulent communications that appear to come from a reputable source. It is usually performed through email. The goal is to steal sensitive data like credit card and login information or to install malware on the victim’s machine.
Ponzi Scheme
A Ponzi scheme is also referred to as pyramid scheme, and typically takes the form of an investment scheme which pays existing investors with funds collected from new investors.
Private Keys
Private Keys is the alphanumeric string which allows transactions from the cryptocurrency address.
Proof of Stake (PoS)
A proof of stake is a consensus algorithm that assigns block validation queue based on the coins/token locked in by the validator.
Proof of Work (PoW)
A proof of work is a consensus algorithm in which a block is validated via mathematical hashing.
As per MIT Technology Review: “Both Bitcoin and Ethereum, the two largest cryptocurrencies, rely on a consensus mechanism called ‘proof of work’ to maintain a time-ordered ledger of transactions. Crypto miners are at the core of that process.”
Pump and Dump Scheme:
A “pump and dump scheme” refers to a market manipulation method to drive up the price of an asset before profiting by driving it back down.
QR Code (Quick Response Code)

A QR code is a machine readable optical label that stores up to 3Kb of data.  Attackers can embed malicious URLs containing custom malware into a QR code which could then exfiltrate data from a mobile device when scanned. It is also possible to embed a malicious URL into a QR code that directs to a phishing site, where unsuspecting users could disclose personal or financial information.
Rug Pull
A rug pull is a type of scam where developers abandon a project and take their investors’ money.
Satoshi Nakamoto
Satoshi Nakamoto is the pseudonym used in publishing the Bitcoin Whitepaper. Identity is unknown. Still.
Securities and Exchange Commission (SEC)
The U.S. Securities and Exchange Commission is an independent agency of the US Federal government which oversees federal securities laws, proposing securities rules, and regulating the securities industry.
Smart Contracts
Smart contracts are self-executing contracts on the blockchain without needing human executors or notary.
Token
A token is a blockchain-based unit of value issued by an organization, which grants token holders a right to participate in a network.
Utility Token:
A utility token is a cryptocurrency token with a specific utility on a network besides being used as a medium of exchange and investment vehicle.
Vitalik Buterin
Vitalik Buterin is a Russian-Canadian programmer who co-founded Ethereum.
“Web 3.0”; “Web3”; “Web 3”; “web3”
“Web 3” refers to the next iteration of the internet which will change the way people interact with brands, socialize within communities, and trade digital assets. The “vision” is that we will be able to buy, own, and sell anything and everything on the internet.
“Web 3” includes NFTs, or nonfungible tokens, to grant ownership; DAOs, or decentralized autonomous organizations, based on peer-to-peer governance; and DeFi, or decentralized finance, which seeks to build a financial system tailored through emerging technologies like blockchain, rather than traditional banking personal and intermediaries. (*Author’s words)
Zero Knowledge Proof
Zero knowledge proof is cryptographic proof for two parties to verify a value without revealing what the value is.