A Closer Look At the Apple iPad Pro

Back in September during the big Apple announce, the Cupertino-based technology giant presented their megalith-sized iPad Pro and Apple Pencil. Since then, many people have patiently waited to get their hands on the new device to see if it really lives up to the hype. We at Sidewalk Hustle were one of the few who were able to get our hands on the new devices, putting  it through the rigors of a day in the life of a creator.

Billed as NOT a laptop replacement, but with never ending hints that it could easily do just that, the new iPad Pro is clearly trying to forge its own space in the market. There are a lot of technical details of the new machine, that you spec nerds will love which you can find here, but let’s delve into the actual experience using the device. 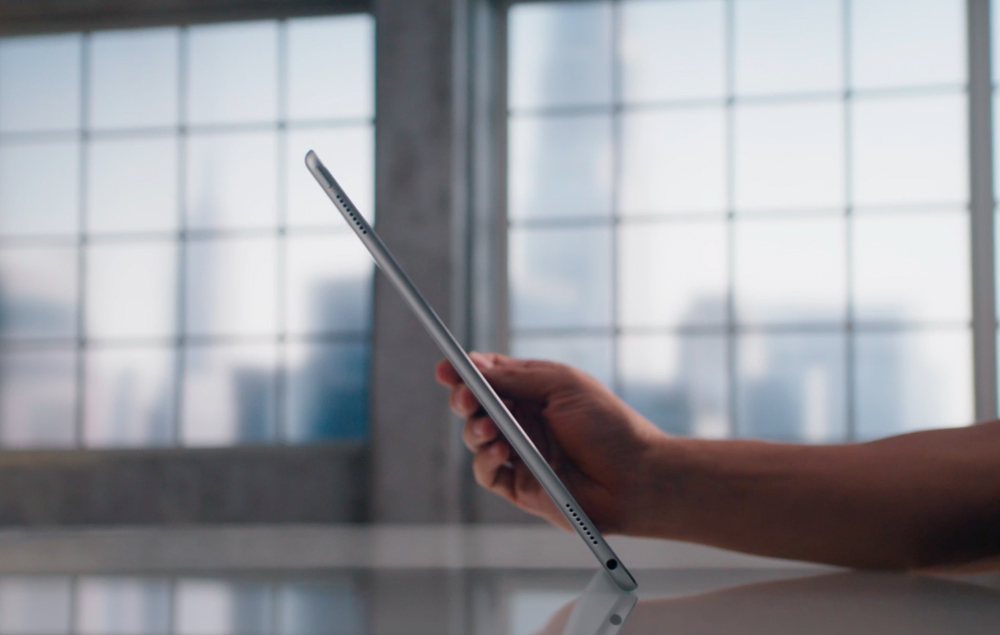 First off, the iPad Pro is huge, its screen real estate is bigger than the previous iPad Air 2’s whole body, and is the size of 2 iPad mini’s. This can be both daunting and overwhelming when you first approach the new device, luckily the saving grace in respect to size is that the iPad Pro doesn’t weigh has much as you think. Coming in at a staggeringly light 1.57 pounds for the Wi-Fi models and 1.59 for the Wi-Fi + Cellular model. We have sneakers that weigh more than that. 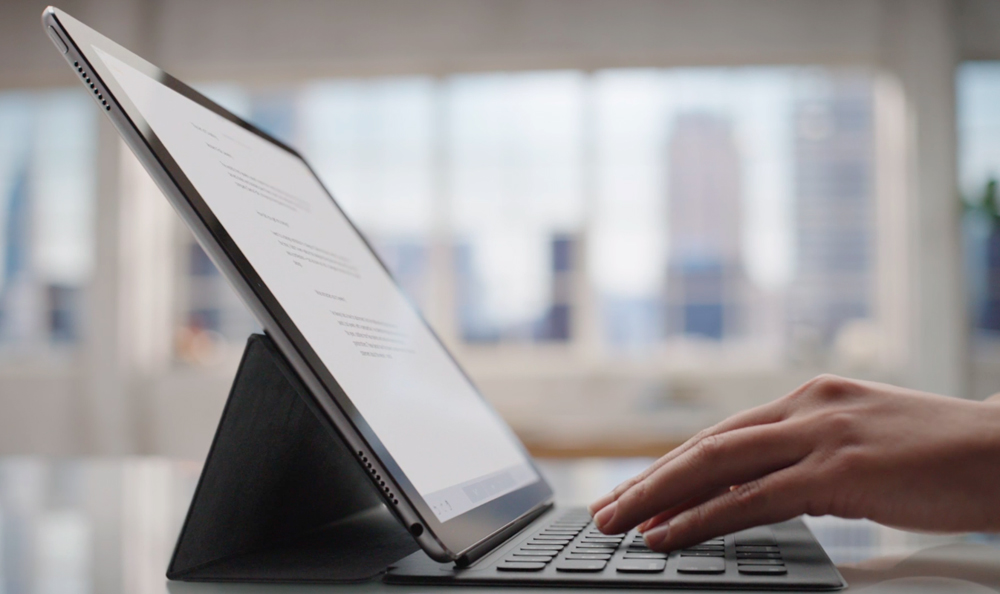 This is what makes the device truly special, especially when travelling. For small spaces like airplanes and on-the-go situations the touch-screen “soft” keyboard is perfect for quick social media updates and light typing needs. With the addition of the “Smart Keyboard” case you can dive right into moderate word processing without making too much noise. Made from a custom woven fabric that also serves as a cover the Keyboard attaches itself magnetically to the device via a “Smart Connector.” The charm here is there aren’t any plugs or switches protruding or bogging down the symmetry of the device like many wireless Bluetooth keyboard. The only downside is you can’t adjust the angle of the screen once its attached to the Smart Keyboard. If you are the hands-on, creative creator type, the iPad Pro is a terrific all-in-one solution. 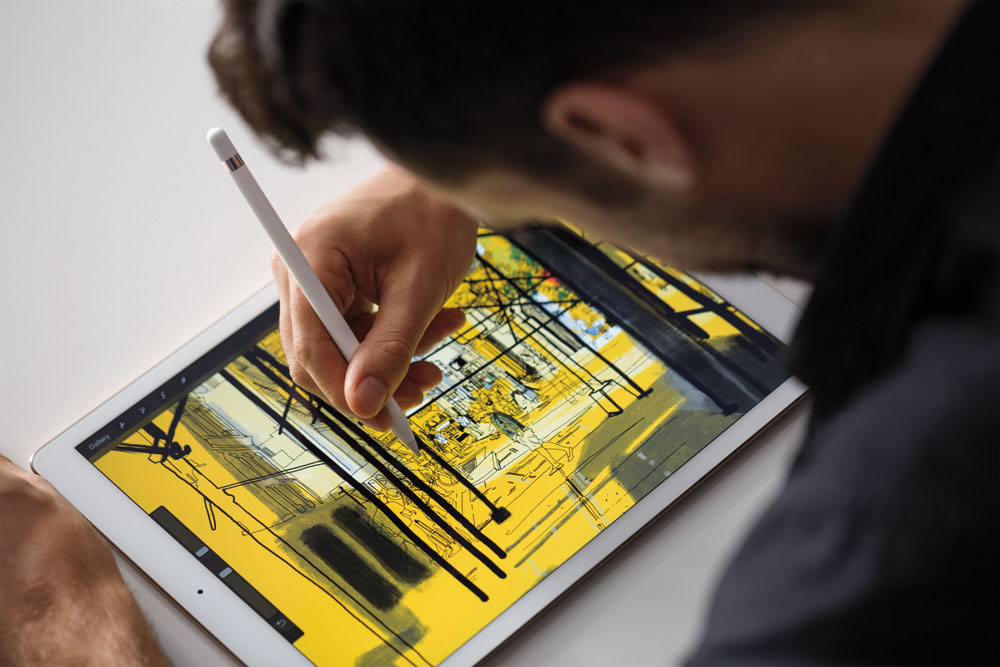 Probably the coolest new feature/accessory for the iPad Pro is the Apple Pencil. Yes, this particular piece of technology is literally thousands of years old, but where would we be if Apple didn’t update everything around them, on a yearly sales cycle. Jokes aside, there are a ton of apps and instances in which the Apple Pencil comes in handy. From drawing or sketching, to signing your name on a contract or document to the moment you touch the tip of the Pencil to the screen. You press harder to draw a darker line or more gently for a lighter line. 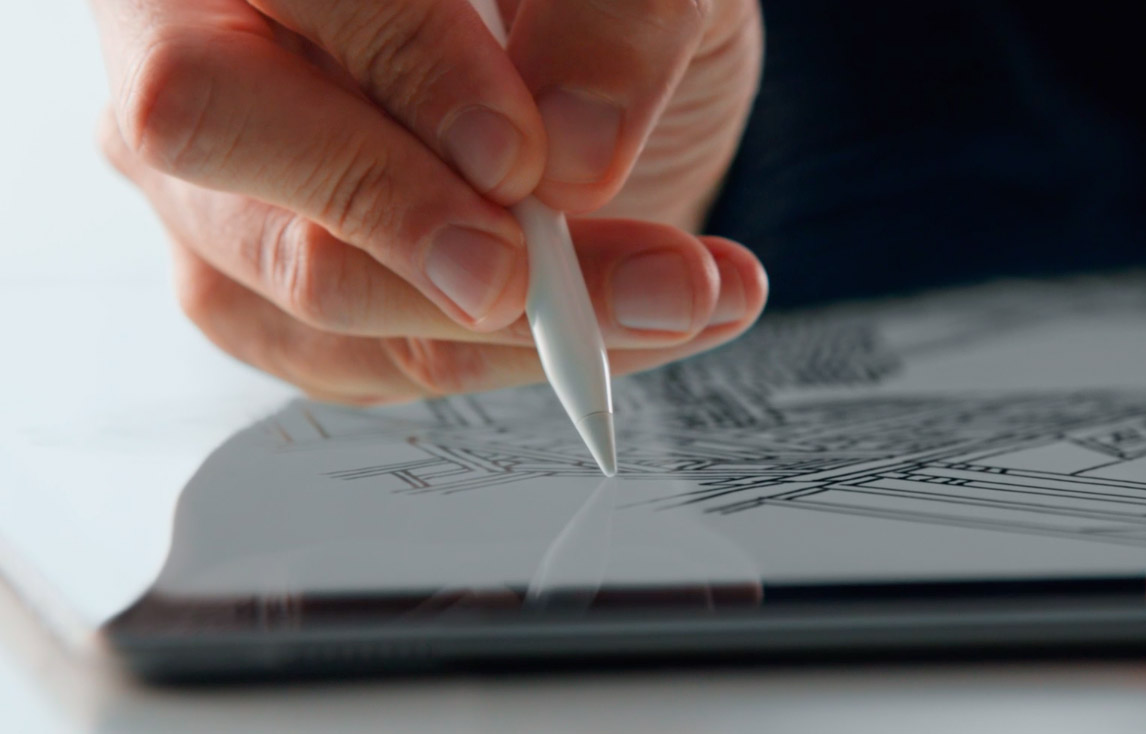 The question that I immediately asked, was could the iPad Pro detect the difference between the Pencil and my hand when on the screen. The answer is yes. The Pencil scans for a signal on the screen 240 times a second. The downside is, much like all pencils and pens throughout history, they are very easy to misplace and there is no handy case or slot for the pencil to live, attached to the iPad. But, it makes a kind of sense, it is still an iPad, and Apple loves their clean lines and symmetry.

Lastly, aside from actual work being done on the iPad, it’s a great entertainment system. With four “intelligent” speakers, one in each corner, all of which work in tandem with iOS producing bass frequencies, with the topmost ones dedicated to mid and high frequencies. Since the charm of an iPad is being able to use it in any orientation, which every direction you rotate the device the OS will automatically orient the sound and balance it accordingly. Couple that with the 12.9-inch Retina screen and you have a next level experience. 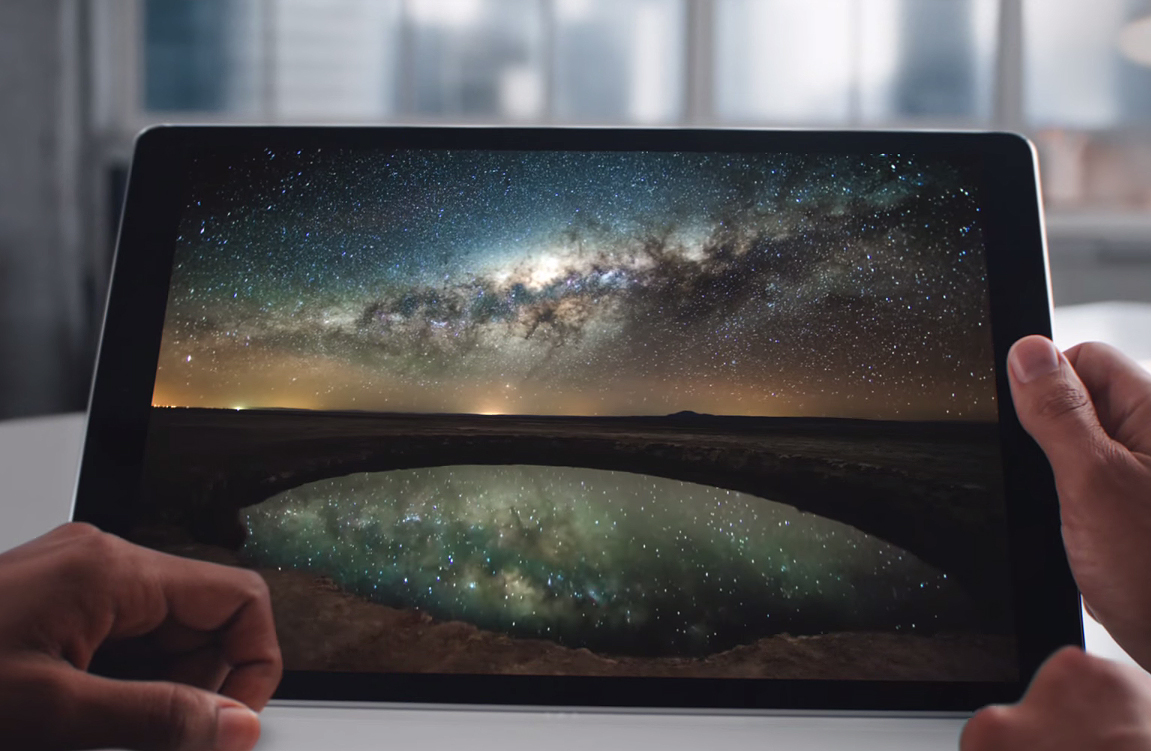 All in all, the iPad Pro isn’t a laptop replacement, but it certainly is a giant leap in the right direction. It is also the most dynamic tablet out on the market. This device is perfect for all the people who work hard and play hard, as is it one of the only portable devices that can keep up with this modern, on-the-go, do-anything all the time professional.