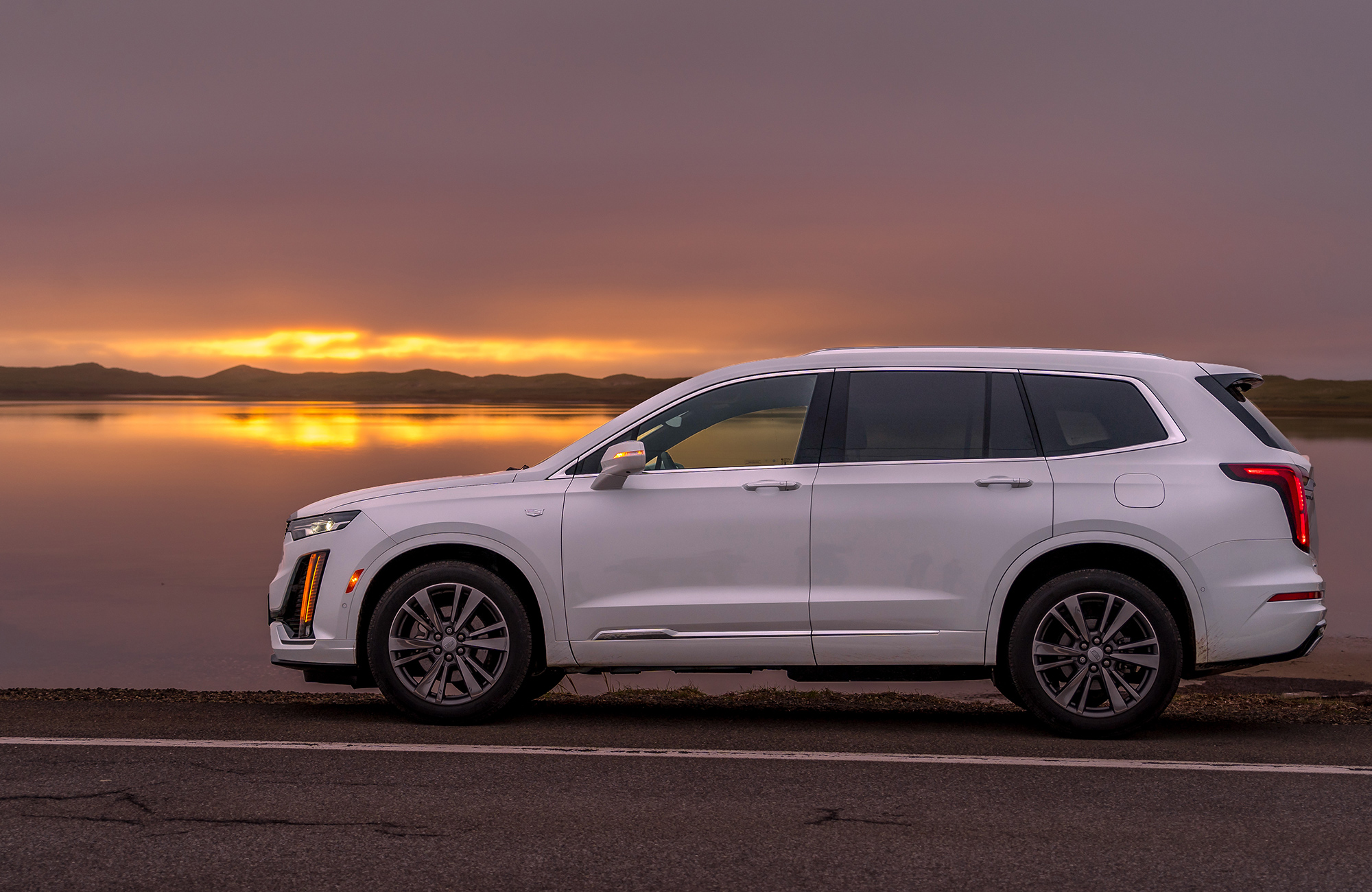 Change has been in the air for Cadillac over the last couple of years. For a brand once synonymous with luxury and gangsterism in the past, its recent fortunes have left it clamouring for a younger, hipper demographic. The Escalade still makes the rounds in hip hop videos and movies about drug cartels, but there are other models hitting the road.

That’s where the 2020 XT6 crossover SUV comes in. We were given the opportunity to test drive it in Iles-de-la-Madeleine (known as the Magdalen Islands in English) off the eastern coast of Quebec. This picturesque island in the Gulf of St. Lawrence turned out to be an ideal place to try out the XT6’s driving performance and features.

It’s not an Escalade, the XT6 is supposed to feel different, offering a spacious interior with a third row of seating in the back. Knock down the back seats and you can fit plenty of stuff in there for whatever adventure, grocery haul or kids’ activities you’ve got planned. 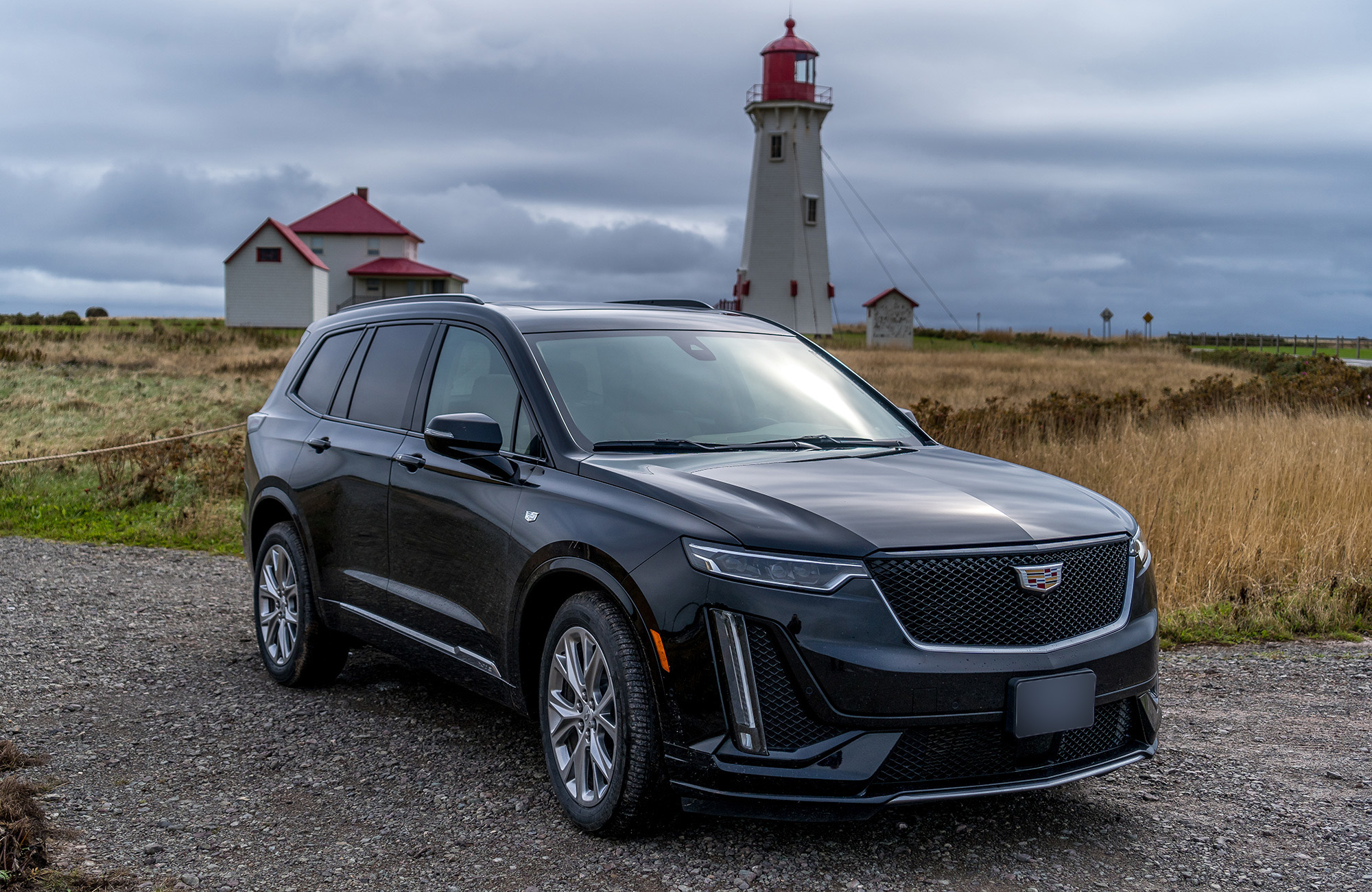 If you have a little gearhead in you, these XT6 trims run on a 3.6L V6 engine and 9-speed automatic transmission topping out at 310 horsepower. We drove both and found that Cadillac wasn’t lying about the slight differences between them; premium Luxury was about a smooth and quieter ride, whereas Sport could be smooth, but also handled off-the-beaten-track situations better. Turns and handling just felt a little easier with the Sport for those brief moments where we pretended to be in a hurry.

Iles-de-la-Madeleine has plenty of unpaved roads to get to its fringes, be it a sandy dune beach or cliffs overlooking some of the beautiful vistas all around it. At first, we weren’t sure a svelte beast like the XT6 fit in a tight-knit community known for fishing, summer tourism and Acadian heritage, but after several hours of driving, it didn’t matter.

Sometimes, the mark of a good vehicle is you don’t always notice how nice it truly is when you’ve got plenty to look at outside the windows. Even so, we took the time to learn as much as we could on the road about both trims. 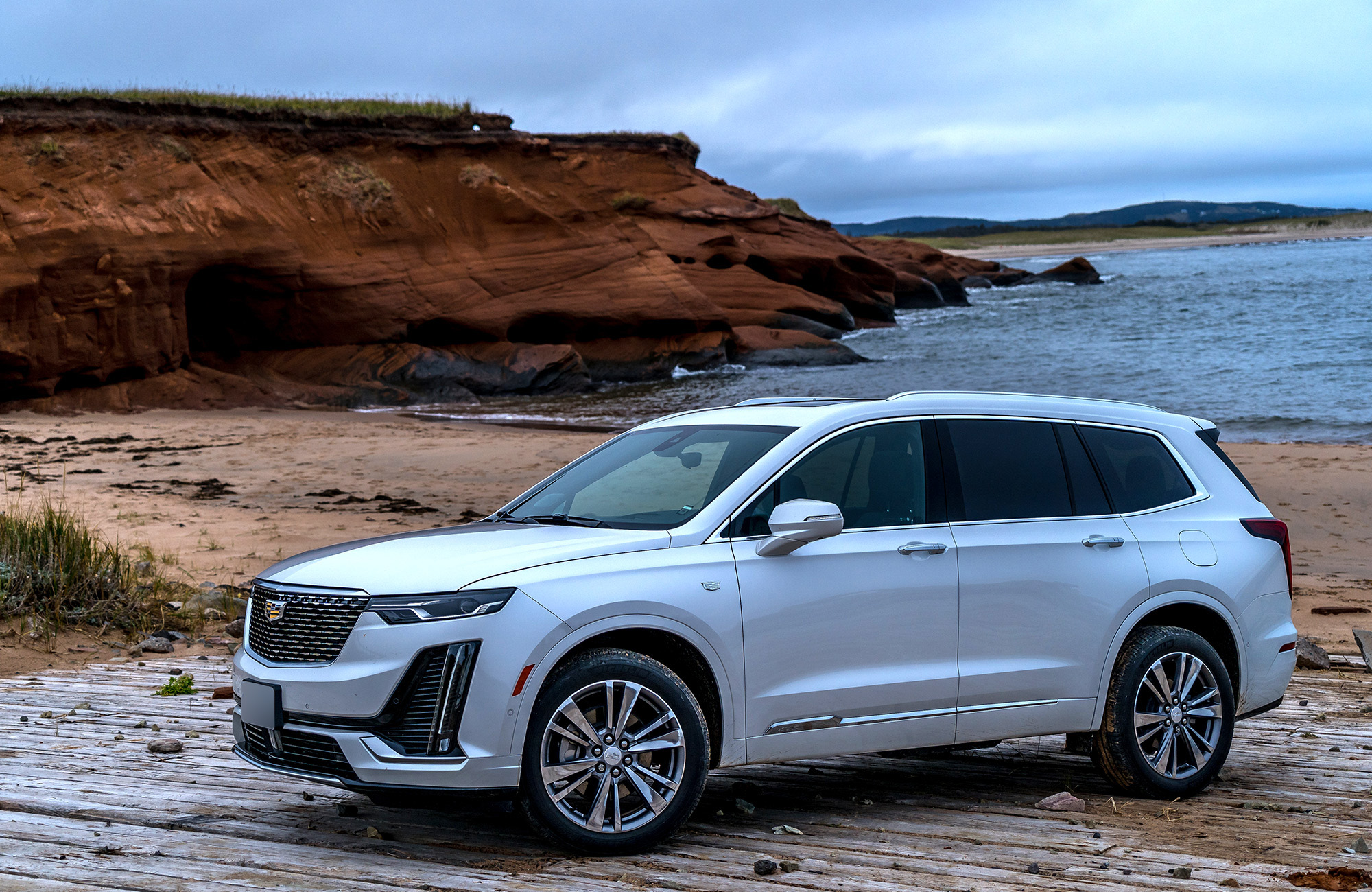 Some of the tech inside is standard fare at this price point, whereas others are intriguingly newer. You get Apple CarPlay and Android Auto, plus an in-car Wi-Fi hotspot. We would’ve liked a larger touchscreen to work with on the dash, especially when other automakers are already creeping above 10-inches – t’s big, as is, so there’s room for something bigger. If you don’t want to smudge up the screen, there are physical buttons and a rotary dial to keep your fingers in control elsewhere.

We liked the NFC tag just under the screen. Tap the back of your phone to it and Bluetooth pairing is done in a flash. Unfortunately, it only works on Android phones because Apple locks down the iPhone’s NFC features to specific functions, like Apple Pay.

Those are on top of the XT6’s safety features that automatically brake to avoid collisions or veer out of a lane. There’s Parking Assistance, Teen Driver (to monitor a teen’s driving performance), and even Night Vision. The latter is actually Cadillac tech that goes back almost 20 years, only now feels more polished than ever before.

Basically, it’s a thermal imaging system that reads heat signatures of people and animals before you can see them with your own eyes. With an alert popping up on the digital cluster in front of the steering wheel, you have enough time to stop. There is a catch though. Because it can see heat signatures for just about anything beyond living creatures, it will be fooled if the temperature outside exceeds that of a human body. It also may not be super effective in fog or low visibility.

It was a little weird at first, but we did like the way the rearview mirror turned into a screen displaying a rear camera’s point of view. There’s real utility in having an unencumbered view of everything behind the vehicle when there are passengers’ heads sitting in the back rows.

With all that safety in mind, we were bummed that Super Cruise, Cadillac’s semi-autonomous driving mode, wouldn’t be in the XT6, at least in the 2020 model. This mode enables the car to drive itself on highways, free of any input from the gas pedal, brake or steering wheel. It won’t switch lanes or enter an off-ramp on its own, but is still really cool, as is. Cadillac says that will be coming in next year’s XT6. For now, you can find it in Cadillac’s CT series of sedans.

We liked the XT6 as a cruising kind of ride. The seats and clean interior styling weren’t dramatically innovative, mind you, but we were comfortable the whole time. The Bose sound system got plenty loud, and we weren’t lacking for room in the back, even if there isn’t a truly graceful way to get in and out of that third row.

Check out more photos of the new 2020 XT6 below, and get more details from Cadillac on everything the trims come with including upgrade options.