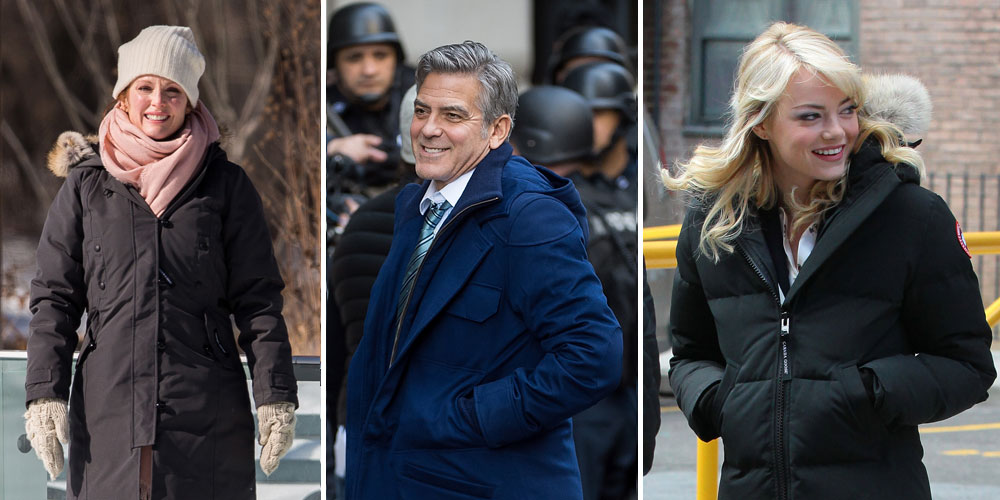 Labour Day has come and gone and our sense of summer and personal well-being is now over, but don’t fret Toronto because that means only one thing, TIFF is here. There are more than a few reasons we’re excited for this year’s Toronto International Film Festival, from the glamorous parties, to the casual star sightings, we heard there are even some movies being shown this year! There is nothing quite like the buzz the city gets around this time of the year. To fully capture and embrace the buzz of local and international energy, we’ve partnered with local brand Canada Goose.

Known and loved for their fine outerwear, the Toronto brand has also been a committed partner of the film industry for over twenty years. The brand’s relationship with the industry began first as a necessity in colder climates, to outfit cast and crews both on and off the camera with the very best protection available on long shoots. Canada Goose has also been a long-standing sponsor of many film festivals around the world including Sundance Film Festival, Berlin’s Berlinale Film Festival, South Korea’s Busan Film Festival, and of course TIFF where they focus on indie films and emerging talent.

For anyone who owns a Canada Goose jacket, it won’t come as a surprise to learn that Canada Goose has worked with over 200 productions, making them the unofficial choice on pretty much any set where cold weather conditions are involved. With a long list of features like warm pockets on the exterior and interior of the coats that can easily hold gear on long drawn out production days where moving around to keep warm and dry isn’t always an option. They’ve been a permanent fixture on set for almost every good movie out there, including Guardians Of The Galaxy, Man of Steel, World War Z, Captain America, the new James Bond film Spectre, and more.

All this to say, that when Canada Goose asked us to partner with them to show the world how Toronto pops off during TIFF, it made sense. Be sure to follow along with our festival adventures on all the social media’s including Twitter, Instagram, Vine, Snap Chat (Sidewalk Hustle), Messanger Pigeon, and more.

Get the inside our piece on the top 20 TIFF film picks.