The New York Times just did their annual ‘52 places to go’ list. And guess what? Canada came out on top. Not Squamish, or Calgary, or Toronto, all of which have been on the list over the last few years, but Canada. The whole country. They recommend all of us. But we knew that already, since we’ve been here for a minute, with majestic natural beauty, fantastic arts and culinary scenes, and more diversity than anyone else on earth. Guess they didn’t see us hiding behind that snow wall.

Anyways, since we’re already at the #1 travel destination of 2017, we thought we’d provide a few suggestions for where to go to get away from here. 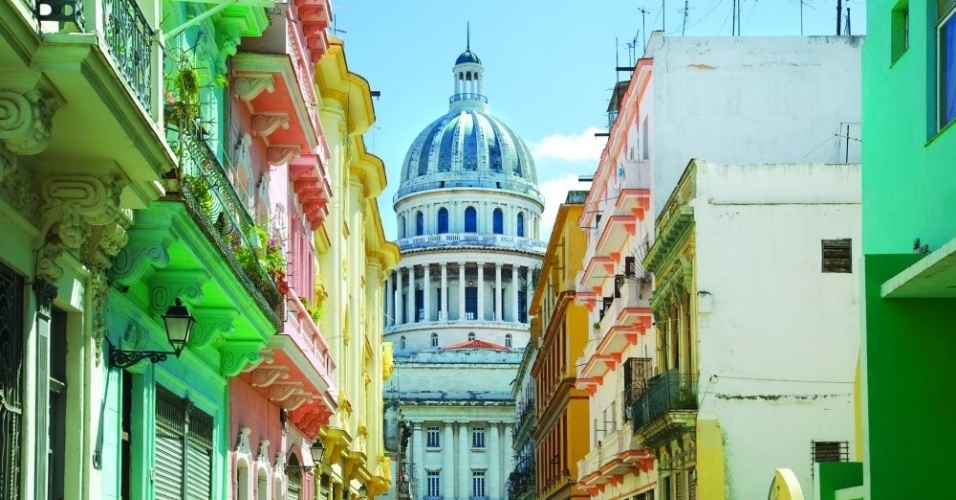 Get there. Get there now. For its vibrant and friendly people. For its never ending sunshine. For its mind bogglingly ignored architectural masterpieces-cum-ruins, that provide photographic opportunities like nothing you’ve ever seen. The Cubans are in capitalist puberty, and who knows when their collective voice will drop. A hotel room that would have been 175$/night a year ago will now set you back 5 or 600$. But the bar at that magnificent 5-star with its marble balustrades, palm trees, and ocean views still only wants 5$ for a daiquiri. And they’re all doubles. A disused cooking oil factory now serves as an art and photography museum, with a vintage-film cinema, café, and several bars, that feels like nothing so much as the very sexy offspring of the Tate Modern and Max Fish. Spectacular restaurants are popping up in people’s apartments, and they cost little more than that terrible sandwich you had at Pearson on your way there. Oh, and Tuscan powerhouse Galleria Continua opened their fourth gallery here (also Paris and Beijing) in an abandoned 1920s movie theatre, which is currently housing an Anish Kapoor installation. 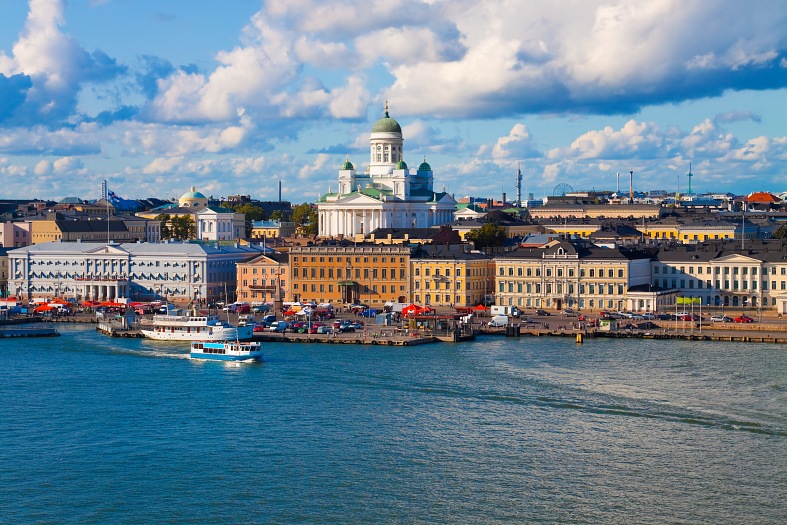 We’re big on cities that are undervalued, and Helsinki always gets the short end of the stick, in favour of Stockholm or Copenhagen. But guess what, Helsinki is dope. Like all the way dope. Watch out for winter, it’s ruthless. But when the weather calms down a touch, you’ll love it there. The neighbourhood of Kallio is popping off with funky coffee shops (including one with original 1970s Marimekko wallpaper), vintage shops, design emporiums, and tiny restos. A couple minutes from there check out the Blue House Café (actually called Sinisen Huvila Kahvila), which provides beautiful views of Töölönlahti Bay, and Alvar Aalto’s Finlandia Hall (their national parliament building). Check out Richard McCormick’s burgeoning hipster restaurant empire (especially Holiday, if you can find a seat on the terrace), Löyly (basically the world’s prettiest sauna disguised as a supper club), Kuultuurisauna (old-school sauna designed by new-school architects), the brilliant concept shoppe TRE, a tiny restaurant called SPIS (which tops Noma in our books as the best Nordic restaurant of all), and the birch-tincture martinis at Liberty or Death, the Queens West-iest bar you could imagine. Nord Beaconsfield. 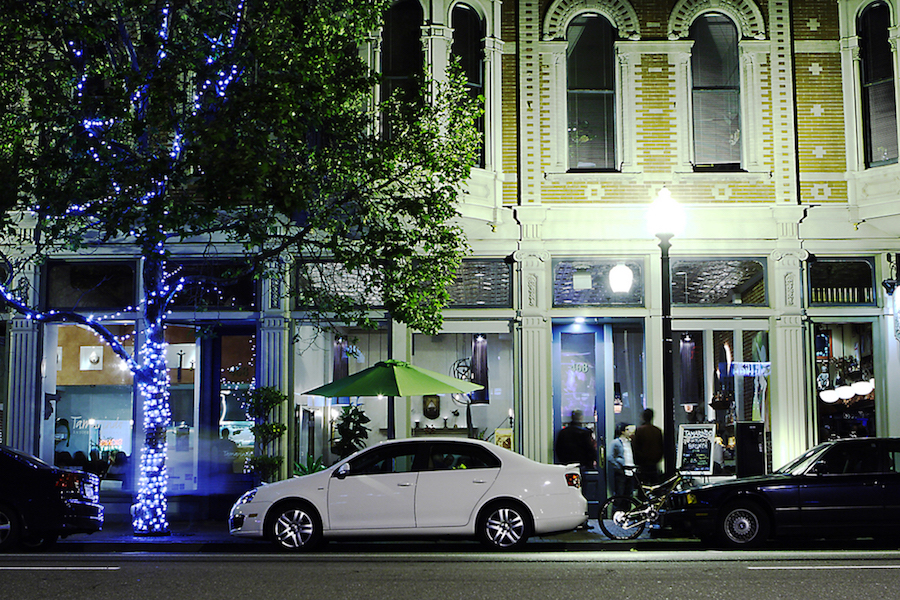 So we did a good job of not calling Kallio the ‘Brooklyn of Helsinki’. As Lisa Simpson once said, ‘Anything that’s the something of the something, isn’t really the anything of anything’. Except; Oakland. It feels more like Brooklyn than Brooklyn. And I’m writing this from Brooklyn. Temescal is Williamsburg. It just is. But in the ‘beards/indie rock/vegan muffin’ way, not the ‘smug/hipper-than-thou’ way. Think heritage clothing, a million funky little restaurants (Hopscotch, Banh Mi Ba Le, Commis, Haven), tiny shops dealing in jewellery and cacti (yeah, I know), and a brilliantly brutalist museum that is bizarrely ignored in perpetuity. 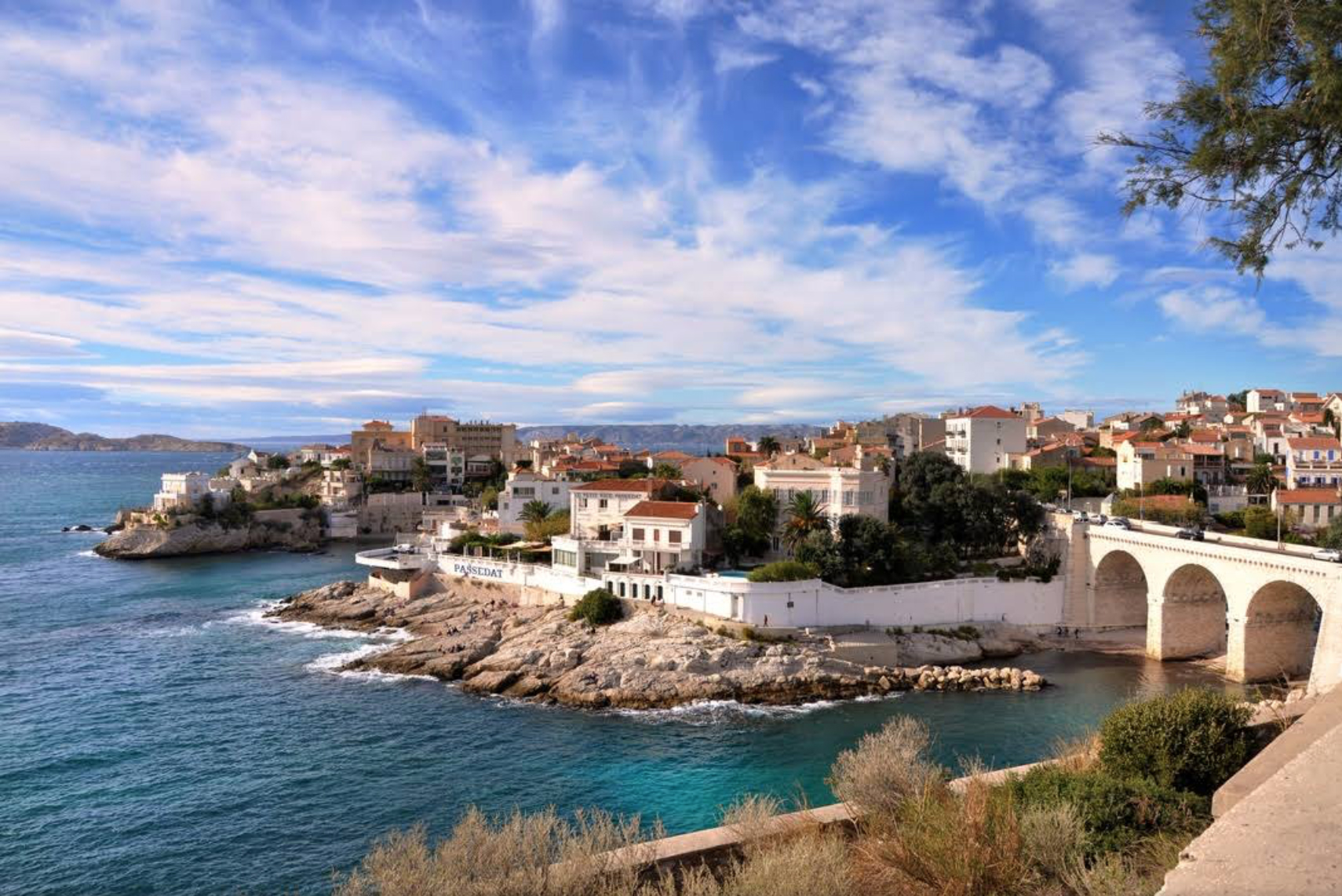 No one seems to know anything about Marseille. Everyone’s been to Paris, but there’s this stigma that Marseille just can’t seem to shake. Which is ridiculous. Yeah, we’ve all seen the French Connection, but this isn’t a shady town dripping in representatives of the Union Corse at every corner, waiting to rob you. It’s bright, and lush, and enormous. The food is spectacular, and, with recent editions from Foster, Kuma, and Hadid, so is the architecture. Jogging is one of Europe’s coolest shoppes, even more so than Colette (gasp), and an afternoon stroll past the Palais de Pharo with a chilled bottle of rosé to be drunk on the calanques is one of the most pleasant experiences you’re ever likely to come across. Plus, Bouillabaisse. 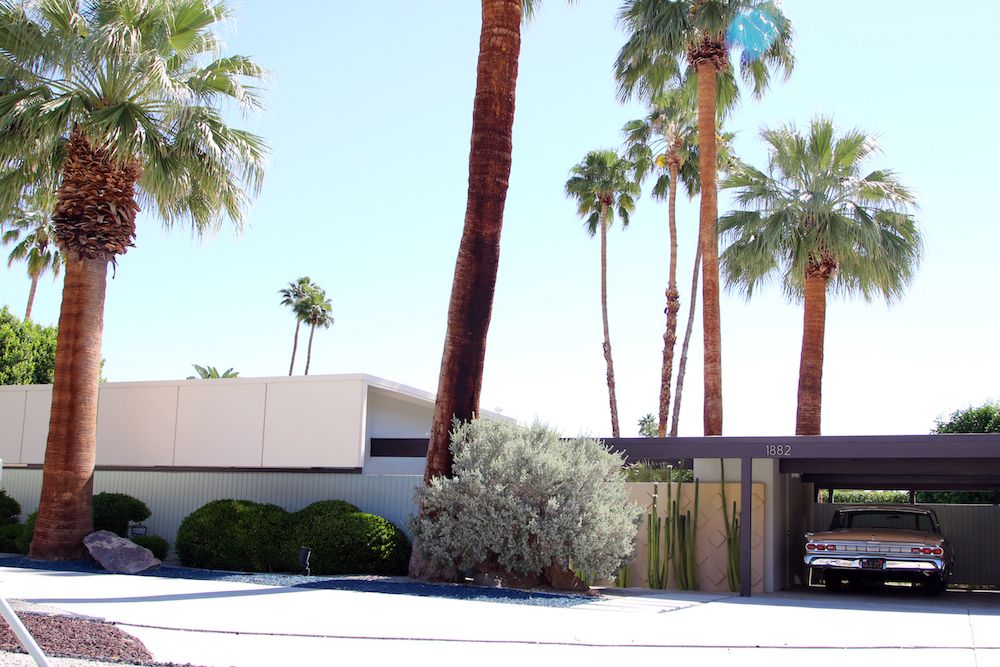 Yeah yeah, we know the jokes. ‘The average age in Palm Springs is deceased’. Fuck. Whatever. Go there, and we’ll talk. It’s basically Montauk for Los Angelenos, except its the birthplace of California Modernist architecture, which means it literally has the highest percentage of houses that could front a coffee table book on earth. Hell, Krisel made 1100 (!!) of those butterfly houses. Catch a mojito poolside under the misting stations at the Viceroy, or do what everyone else you know does and chill at the Ace Hotel’s swim club. Better still, borrow a bicycle and go vintage hunting. Because, really, everyone was rich, everyone had great taste, everyone died – so vintage shops are full of OG Pucci, Chanel, and more, at half the prices they’d be in New York, where that stuff is almost rare. 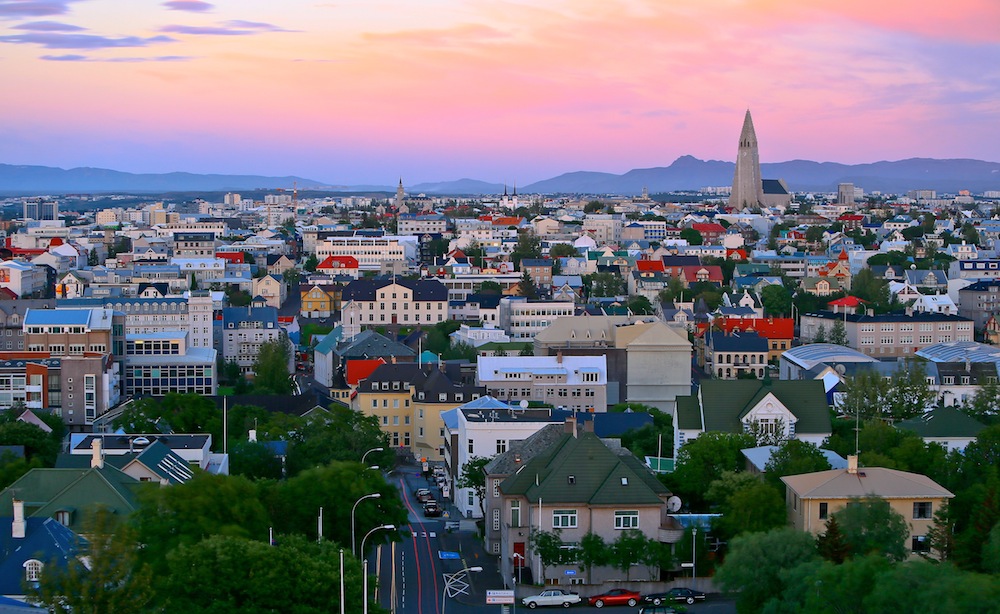 Everyone and their dog has been talking about going to Iceland lately. And they should. Or, really, they shouldn’t; they should leave it to us, because we love it. Catch a ballet at Harpa, Olafur Eliasson’s shimmering arts centre, or just grab a glass of wine upstairs at Kolbrauten, under the pink neon ‘Scandinavian Pain’ sign. Spend so much time in Prikið that you forget if its day or night (no matter, it goes from hangover brunch to chill coffee spot to casual eatery to grimy af trap club in the space of 12 hours). Hit Oddsson, one of the world’s coolest hotels, for insanely expensive cheeseburgers and an original furniture collection worth millions just strewn about the lobby. Every fancied sitting on a Garret Rietveld chair (which is basically a Mondrian painting)? Here you can. Get out of town too. Hit Selfoss, Geysir, even the Blue Lagoon. Or don’t. Cause it’s already tough enough getting a seat at the secret Gin & Tonic bar below Snaps as it is. 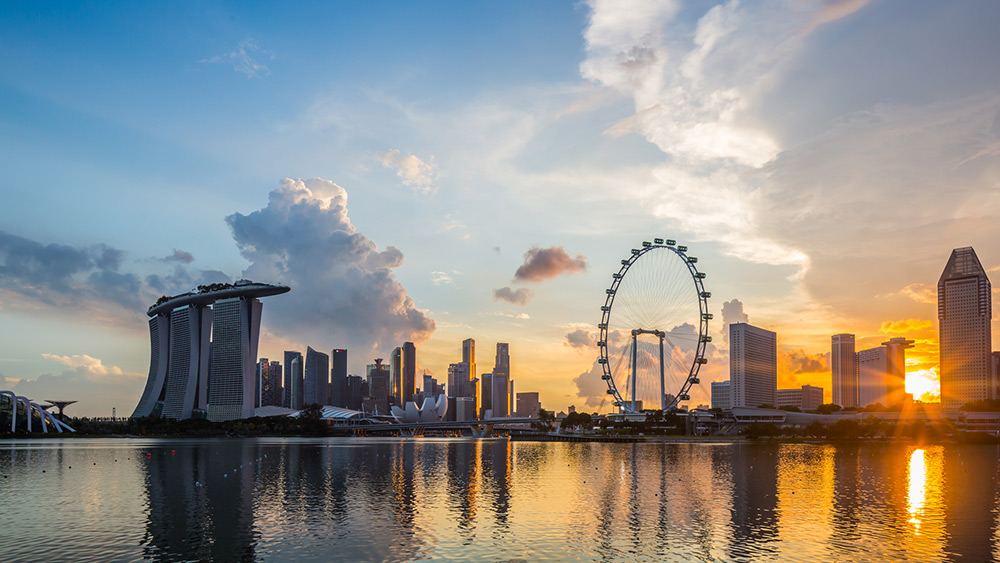 We’ll be the first to admit it. We’ve slagged off Singapore forever. Like, forever. Boring, staid, nanny state. You’ve heard the criticisms. Except there’s (finally) something in the air there. They’ve always had amongst the greatest food in the world, but now everyone is noticing. There’s a Michelin-starred meal here for $2. And new school spots like Potato Head and Burnt Ends are turning out spectacular food. Which is irrelevant if you’re anything like us, because you’ll be eating Chili Crab in Tiong Bahru, a country club-like mini estate that is fast becoming the coolest part of town. The botanical garden looks like something out of Phillip K Dick, Moshe Safdie is designing museums left and right, and Operation Dagger is theoretically a cocktail bar, but is literally some bizarre cross between a Jean-Michel Basquiat studio and a chemistry lab. Good luck finding it though, only sign is a chalked mark in an alley, as a nod to old-world hobo signage. 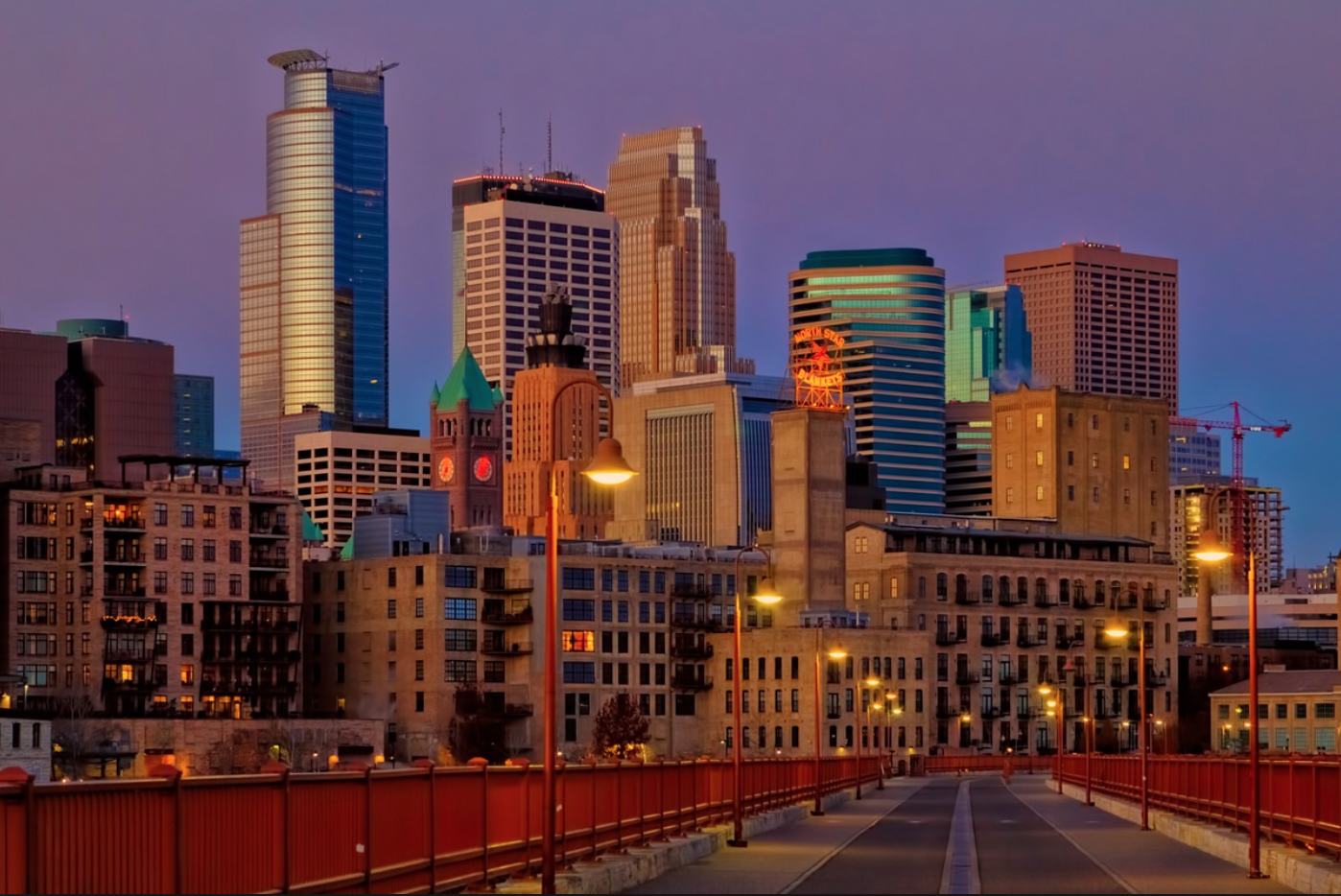 This one’s a little closer to home. And again, I’m sure you think we’re kidding. But Prince’s hometown is on fire right now. The Walker Art Centre (designed by Pritzker-prize winning Herzog & de Meuron) is one of the world’s great cultural institutions. It would literally battle head to head with MoMA and LACMA, if it wasn’t in Minnesota, obvi. And the University’s gallery is no slouch, what with being designed by Frank Gehry and all. Grab a coffee at Angry Catfish (which is actually a ruthlessly hip cycle shoppe), and dinner at The Bachelor Farmer (a beautifully pared down po-mo Scandinavian restaurant). Get hella confused at The Soap Factory, a downright eerie 50,000 square foot soap factory that now serves as a visual arts gallery where all metiers (theatre, painting, sculpture) are envisioned through soap. Oh, and check out the Burnet Gallery; it’ll give Chelsea a run for its money.