When you hear something is 50-years-old, certain images come to mind; old, beat up, worn out. But with a brand in mind, you think vintage, retro, heritage, throw-back because there’s something significant in lasting impressions. Enter, the 2016 Toyota Corolla. Celebrating its 50th anniversary this year, a pretty significant milestone when it comes to cars, the Corolla has not only persevered but triumphed and become the #1 selling car in the world. To add extra local emphasis (because the North is so hot right now), every Corolla sold in Canada is manufactured in Canada. 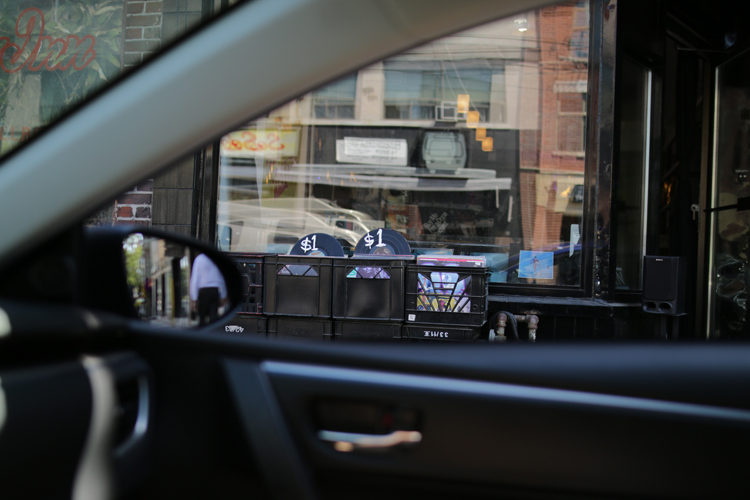 That’s some major cred. So with that in mind that we got our hands on the Toyota Corolla S in Blue Crush Metallic to see if it had what it takes to be a cool, modern, useful car in an urban center. This Toyota nameplate may be 50 years old, but there’s nothing old, beat up or worn out about this bad boy. We hit the road to some of our go-to spots in the city for vintage clothing, records, and of course the obligatory smoothie fix. 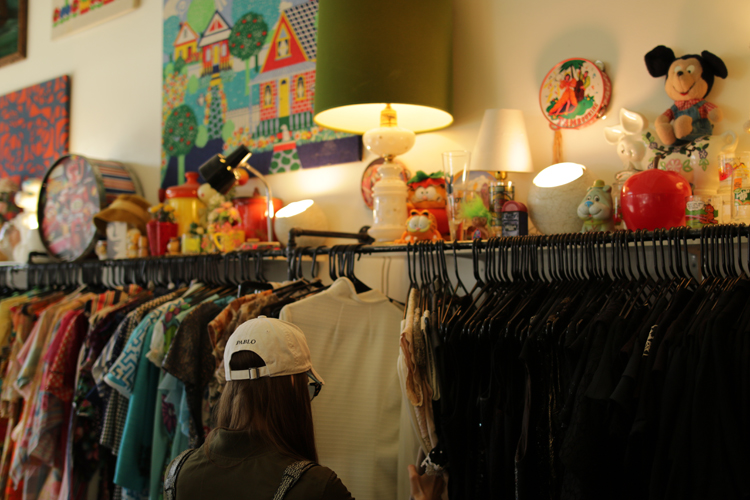 While the Toyota Corolla is the #1 selling compact car in North America, once you’re inside you’ll find it’s anything but compact. It’s got a crazy roomy trunk and back seat area, so if you spontaneously decide to beat the summer heat and escape the city for a couple of days at the cottage, you’ll have more than enough room for the essentials and beyond. Aside from the mandatory stop at Weber’s, our long drive was complete with good music and a podcast or two. All managed wirelessly through the car’s touchscreen audio system, a quick call between tracks is effortless when driving. 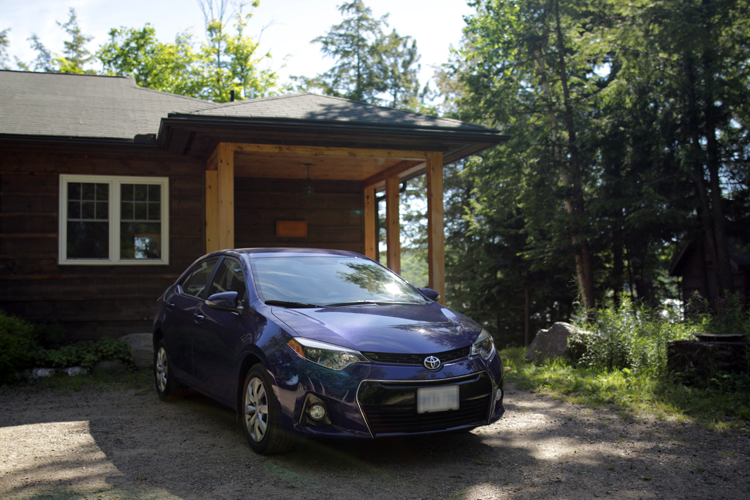 Visually, the Toyota Corolla S features a sporty front grill, rear spoiler, and modern appeal. This is definitely not your dad’s Corolla. Speaking of your dad’s car, here are some details that would make any car dude pumped about the Corolla. 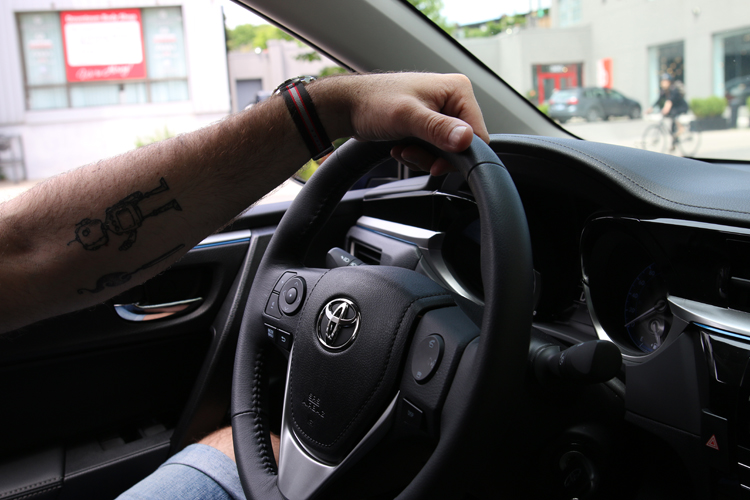 The Corolla features Variable Transmission with Intelligent Shift (CVTi-S) and paddle shifters to optimize both responsiveness and fuel efficiency, standard 8 airbags, Antilock Brake System, Brake Assist, Electronic Brake-force Distribution, Vehicle Stability Control, Active Traction Control and Smart Stop technology – which all work together to help drivers avoid potential accidents. That CVTi-S (is that acronym easier to say than the full word?) is a unique new function – instead of your standard issue gear shifting transmission, the Corolla now will shift through infinite gears bringing you to your desired speed with ease. 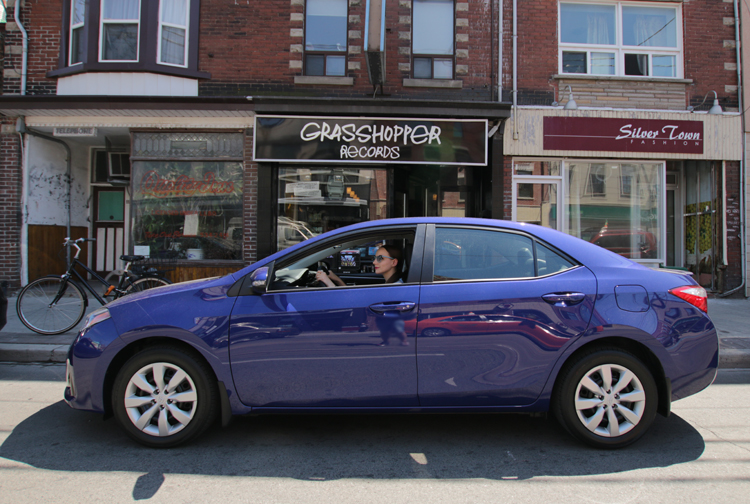 The 2016 Toyota Corolla is also equipped with standard LED headlamps, which were adopted for their compact design to produce a light pattern that closely mimics natural sunlight, providing exceptional night-time visibility that outperforms traditional halogen headlamps. Basically brighter lights, that use less energy. All the glass on the car is High Solar Energy-Absorbing (HSEA) which reduces the penetration of ultraviolet and infrared rays to help keep interior temperatures more comfortable. Each vehicle also contains rear seat ducts for improved heating and cooling distribution, and a dust, pollen and deodorizing cabin air filter that allows everyone to breathe easier. No more smelly, hot cars with no air flow. 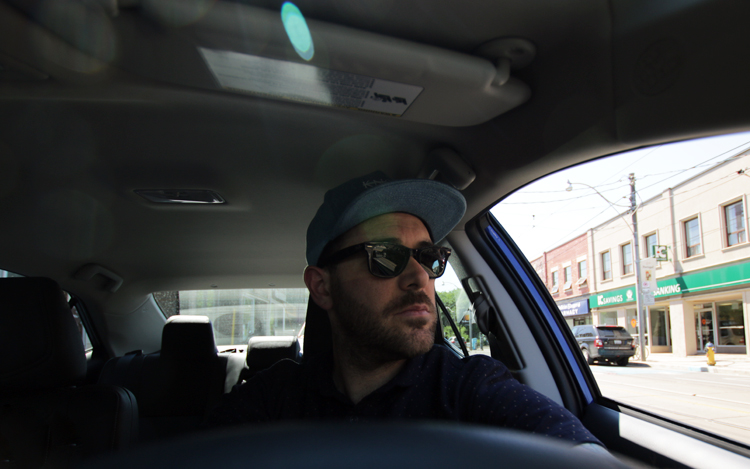 All these features and the fact that the car just looks cool, makes shop-hopping, smoothie-slurping, and impromptu weekend getaways easy with the new Corolla, truly the perfect city accessory. If we still haven’t convinced you, travel with us through the photos below and get a feel for the 2016 Toyota Corolla S. 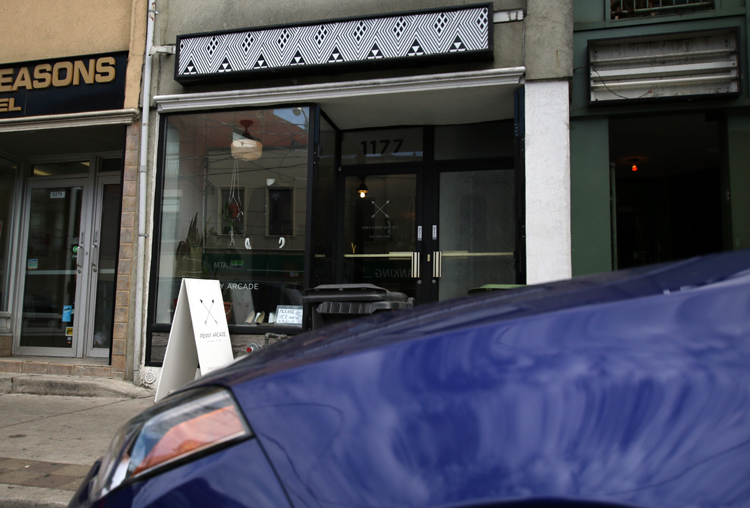 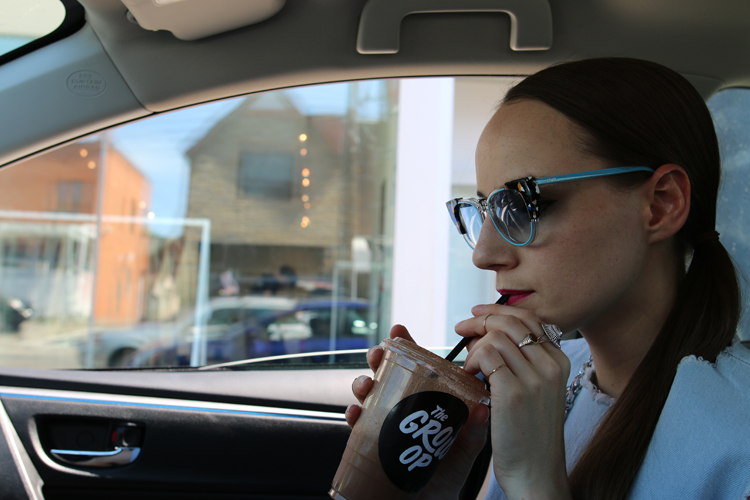 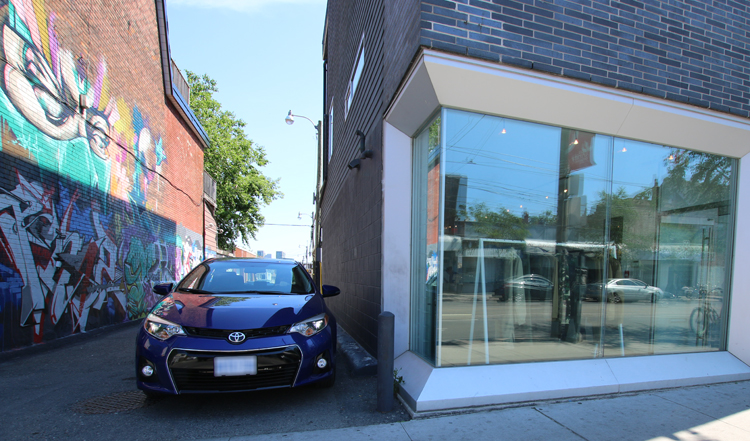 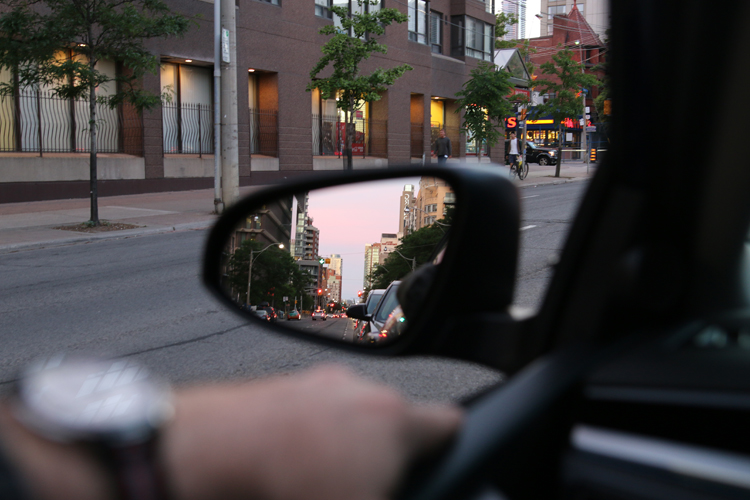 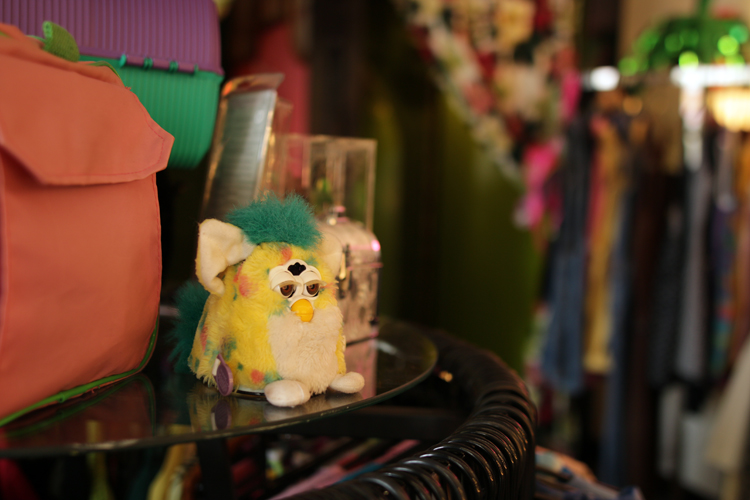 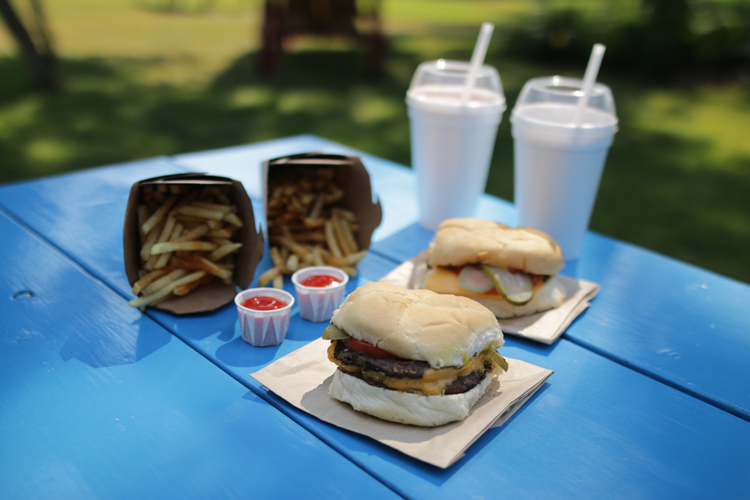 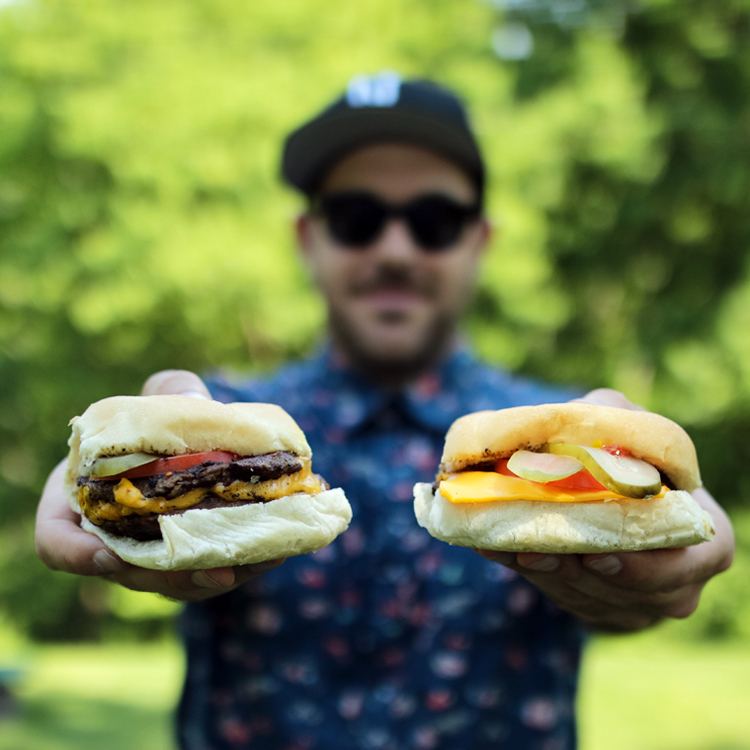 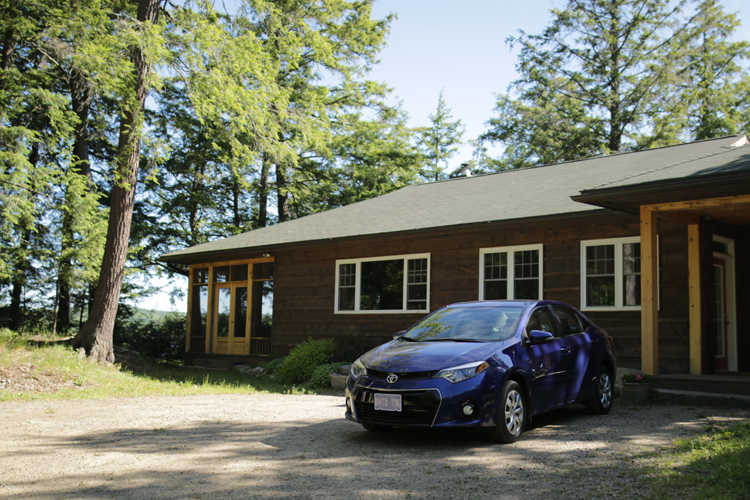