Food is one of the cornerstones of Jamaican culture. The ingredients and cooking techniques are a product of the rich colonial history of Jamaica, and include influences from the indigenous people as well as the Spanish, British, Africans, Indian and Chinese who have inhabited the island over the last few centuries. The cuisine is heavy on seafood, chicken, goat, rice, cooked vegetables and bread, and it’s ALL delicious!

There are some must-try items when you go to Jamaica, the first being the national dish of ackee and saltfish. When boiled, the ackee fruit resembles scrambled eggs but the taste is completely different. It has a buttery, creamy texture and a mild taste, the perfect complement to the salty cod that is saltfish. It can be served with breadfruit, dumplings, fried plantain or my personal favourites, rice and peas (the “peas” are actually legumes that most Westerners know as beans).

Another must-try is oxtail, which is a classic comfort food dish. The oxtail at Miss T’s Kitchen in Ocho Rios was the standout meal of the trip. The tender meat accompanied with rich gravy and rice and peas was to-die-for, especially when washed down with a Red Stripe, which is the favourite (and only, for some) beer on the island. 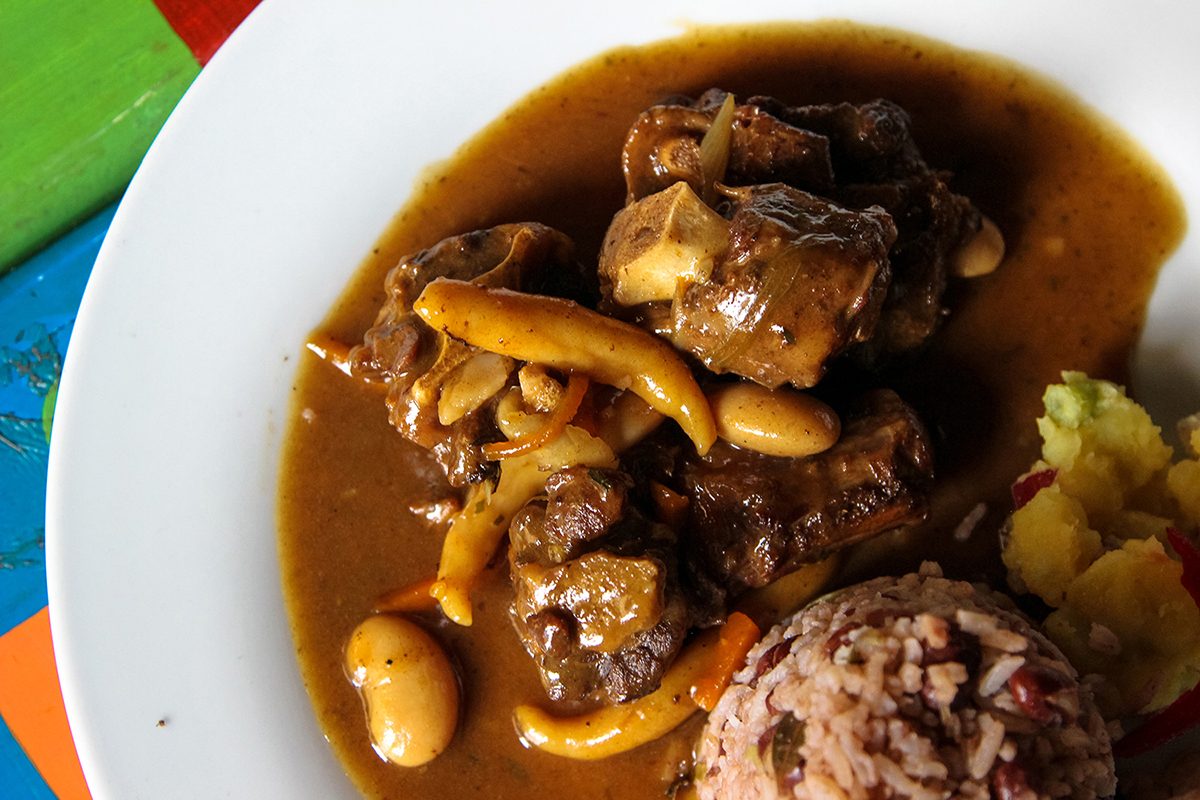 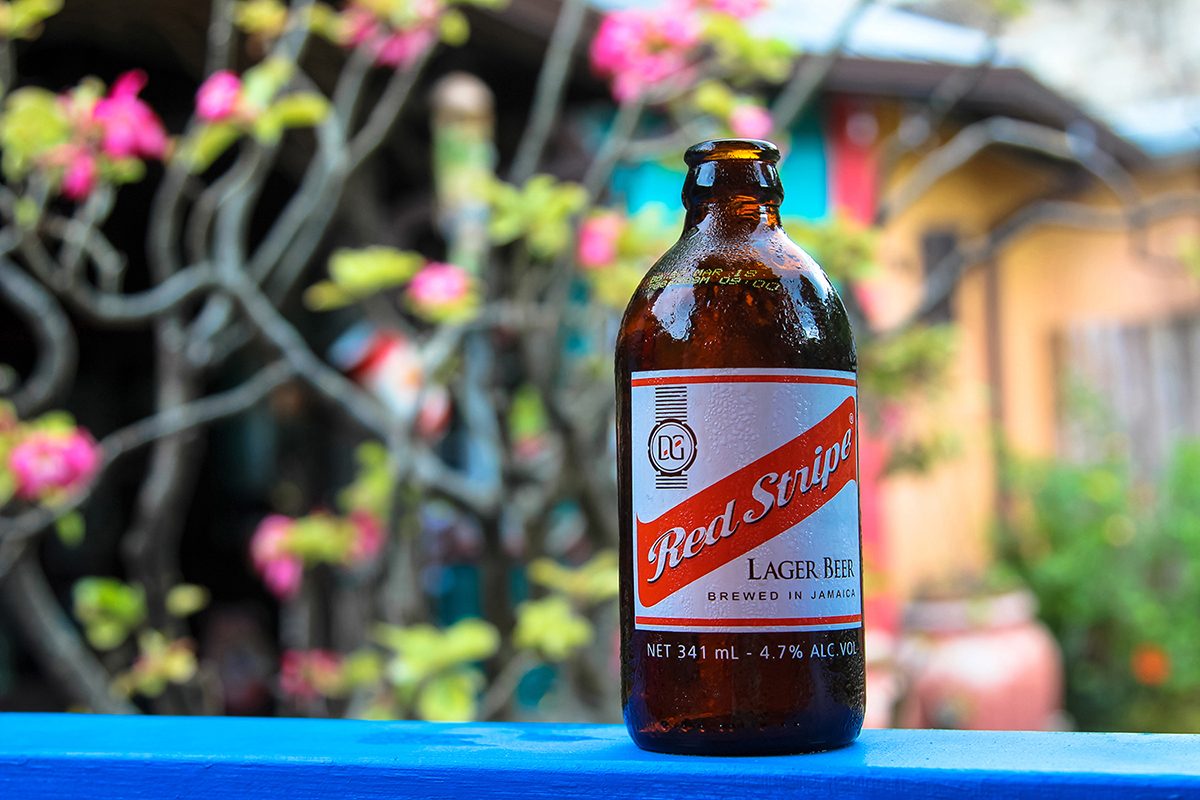 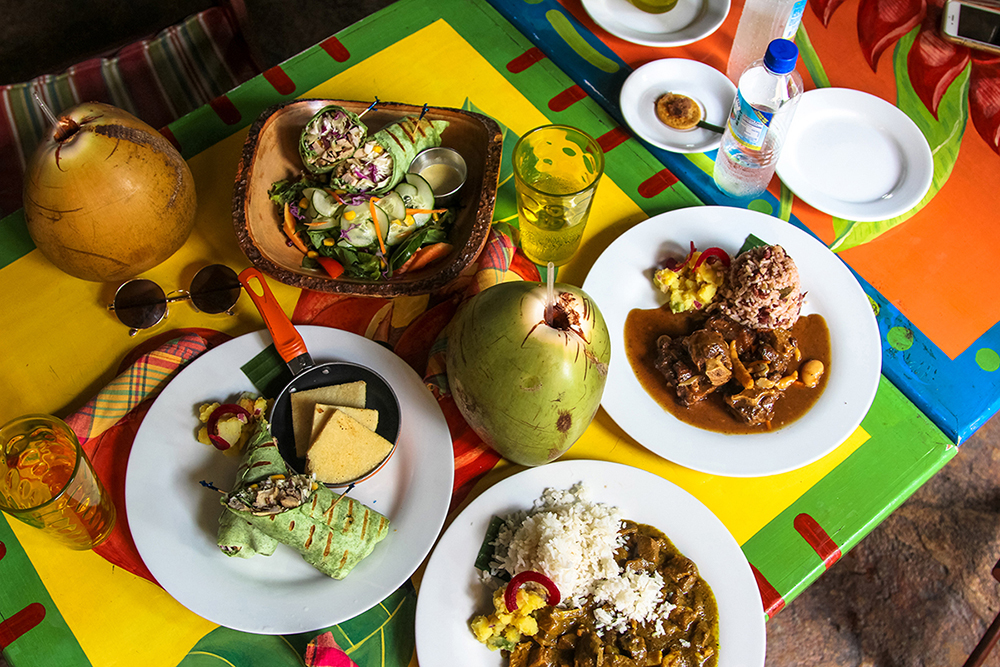 The spread at Miss T’s 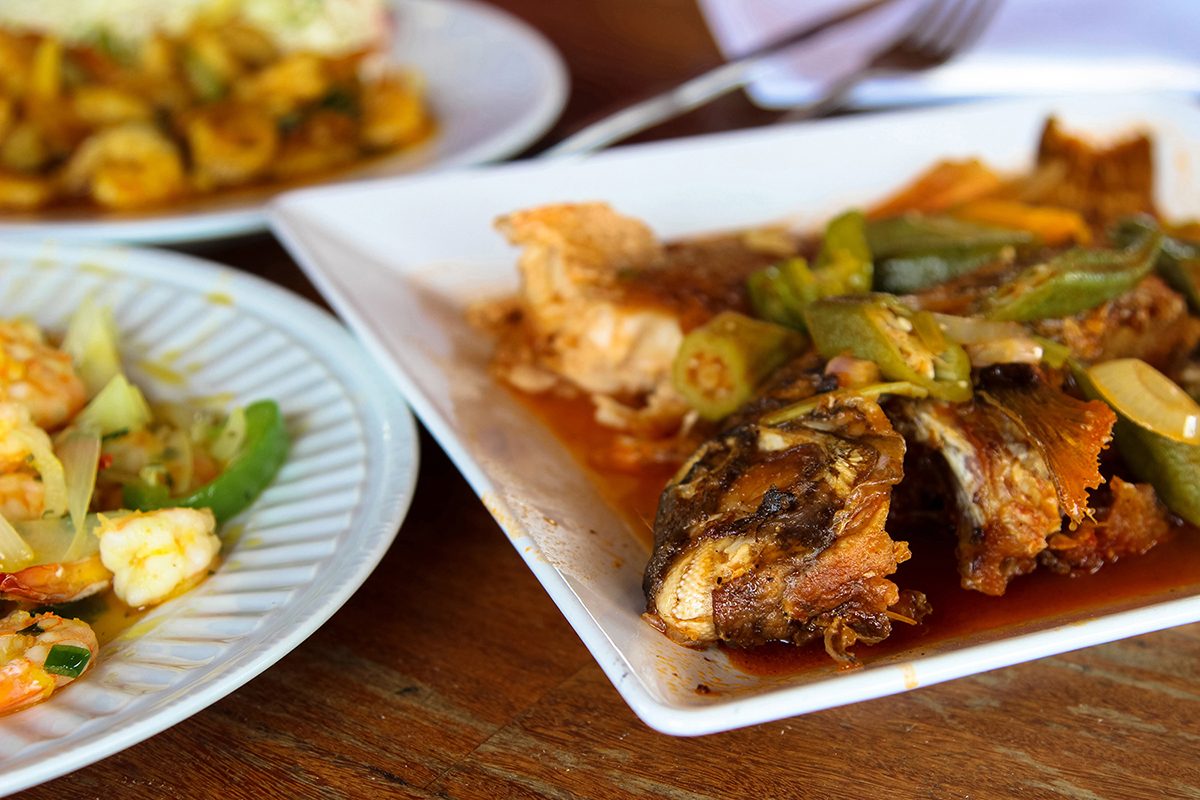 Despite the warm climate, soup is a fixture at almost every meal. Some of the popular soups we sampled were Fish Tea and Mannish Water. Fish Tea is a spicy soup made with fish and ground yam, cassava, pumpkin, potatoes and green bananas; we had this at Gloria’s for our first meal in the country. Mannish Water is a goat soup that’s made of miscellaneous parts of the animal.

Another must-try item is, of course, Jamaican patties. These are a popular snack food outside of Jamaica but it’s more than worth trying them in the country where they were born. There are a number of fast food chains on the island specializing in patties, the two most well-known are Tastee and Juici. Which chain is better is quite the hot topic of debate among locals, but unfortunately we didn’t get a chance to try either because of time constraints.

We did, however, go to Mother’s which is another chain. They have a huge variety of patties including fish, chicken, beef, beef and cheese and the list goes on. The pastry was light and flaky; the filling was spicy and saucy. Delicious! 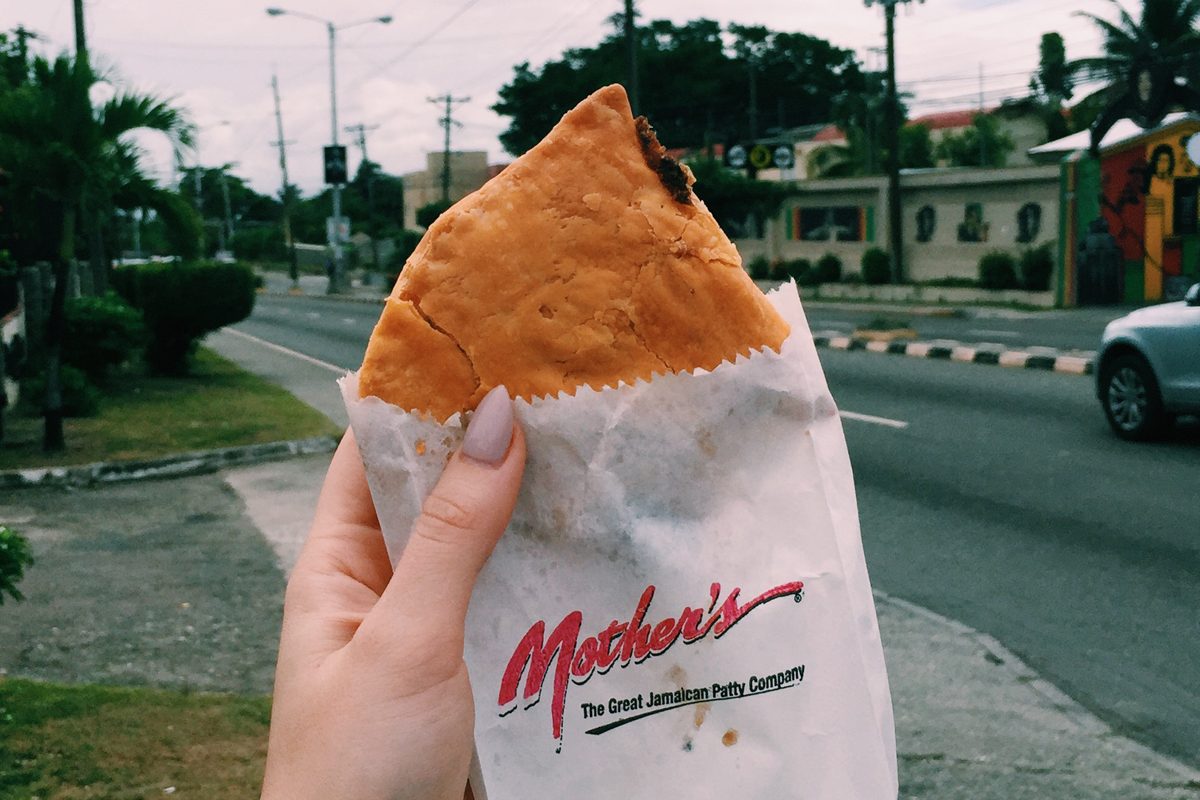