The Caribbean is one of the most popular tourism regions in the world, and Jamaica is one of its crown jewels. While its popularity as a destination has grown exponentially since air travel became more widespread, Jamaica’s tourism industry has been in development for a lot longer. In fact, tourism on the island dates as far back as the late 17th century, but a real turning point came in 1891, when the Jamaica Exhibition was held. The 14-week event saw over 300,000 people descend upon the island to experience this sunny, resort destination; in the 125 years since then it’s become one of the most popular tourist destinations in the Caribbean for travelers from all over the world—especially from the US, Canada and Europe—looking for fun in the sun.

We spent a weekend in Jamaica during Bacchanal, the island’s yearly Carnival event which wraps up the week after Easter. Despite only being on the island for a few days, we had a jam packed trip and put together some recommendations of where you should stay, eat and play in the “home of all right.” 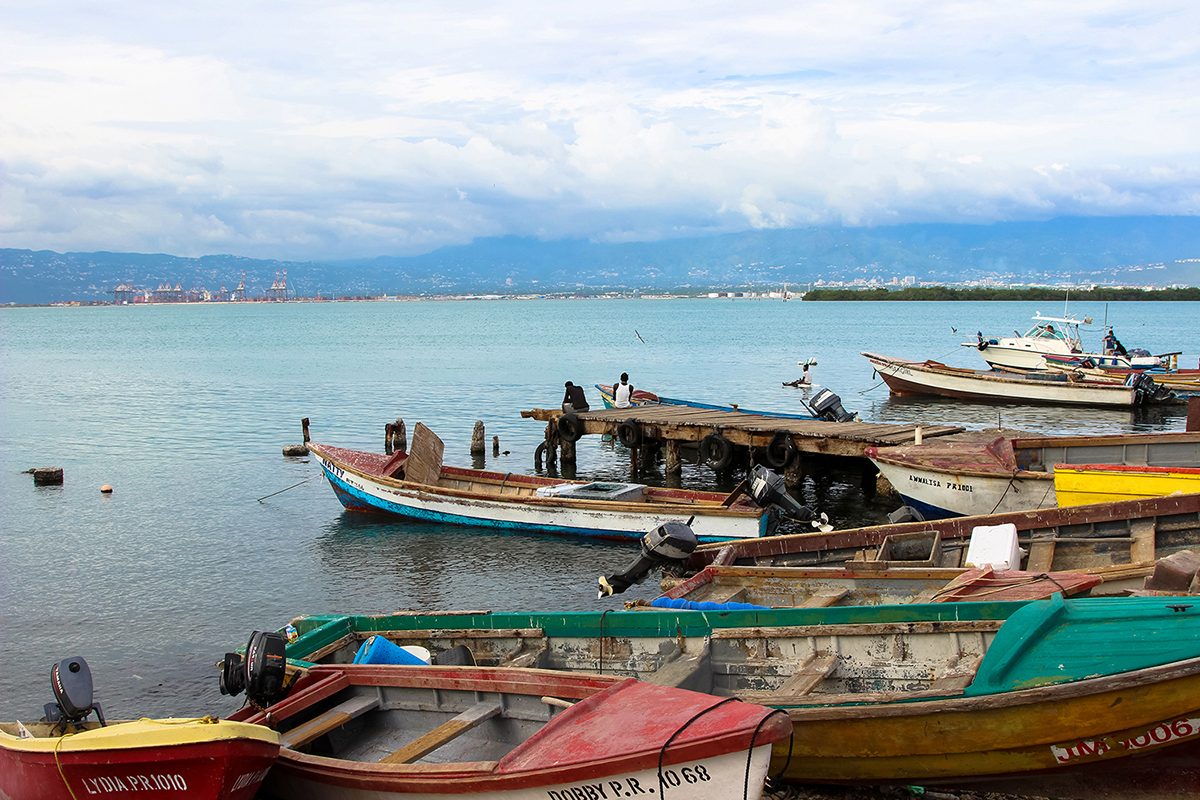 The scene on the shoreline of Port Royal, Jamaica.

One thing that may come as a surprise is how truly small Jamaica is. At just 10,991 km², you could drive around the coast of the entire island in about 12-16 hours if you really wanted to (for comparison, the Greater Toronto Area has an area of approximately 7,124 km²). Relatively, it really is a tiny place, but that doesn’t mean transportation is a breeze. Thanks to bumpy/windy roads, potholes and traffic, driving from place to place can take longer than expected and certainly longer than what we are used to in Canada or the US with our advanced infrastructure.

There are many options for transportation in Jamaica. The most cost-effective is definitely renting a car, but definitely take into consideration your comfort levels with driving in foreign countries first. Another option is to hire a driver and guide to get you from place to place. This is a bit more of an investment, but it does really help to have someone local who knows their way around. Mikie, the owner/operator of Burton’s Transportation Company Limited was our driver and guide for our trip. He shared historical facts and anecdotes about the areas we visited, we wouldn’t have otherwise known which was an added bonus. 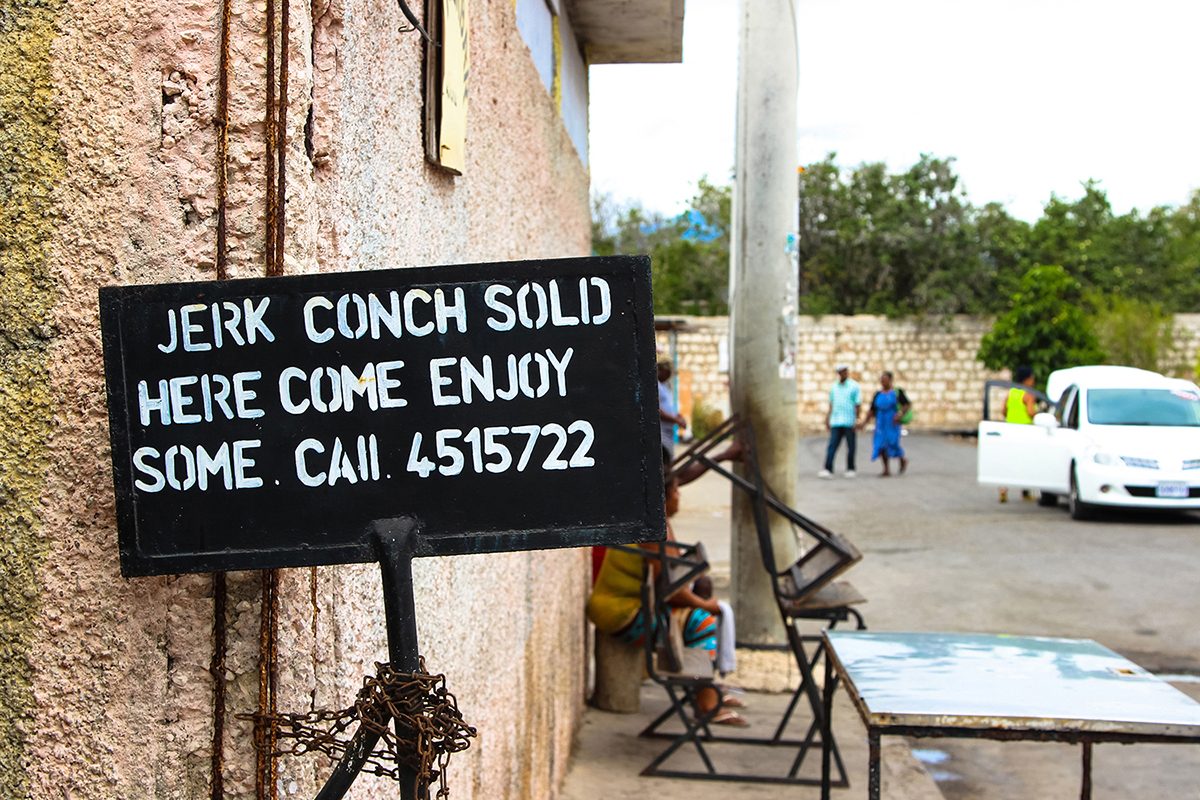 Since we were only in the country for four days, we spent most of our time in Kingston, the capital city, and Ocho Rios. Ocho Rios is a popular tourist destination and the site of many resorts. As the name suggests, Ocho Rios is not known for its beaches but instead for its rivers and waterfalls. One of the main attractions in the area is Dunn’s River Falls, which is a beautiful waterfall located in a highly developed, government-owned park. You can either climb all the way up the falls or take part in a guided tour or on your own, or hang out at the beach or in one of the natural pools on the way up the falls. 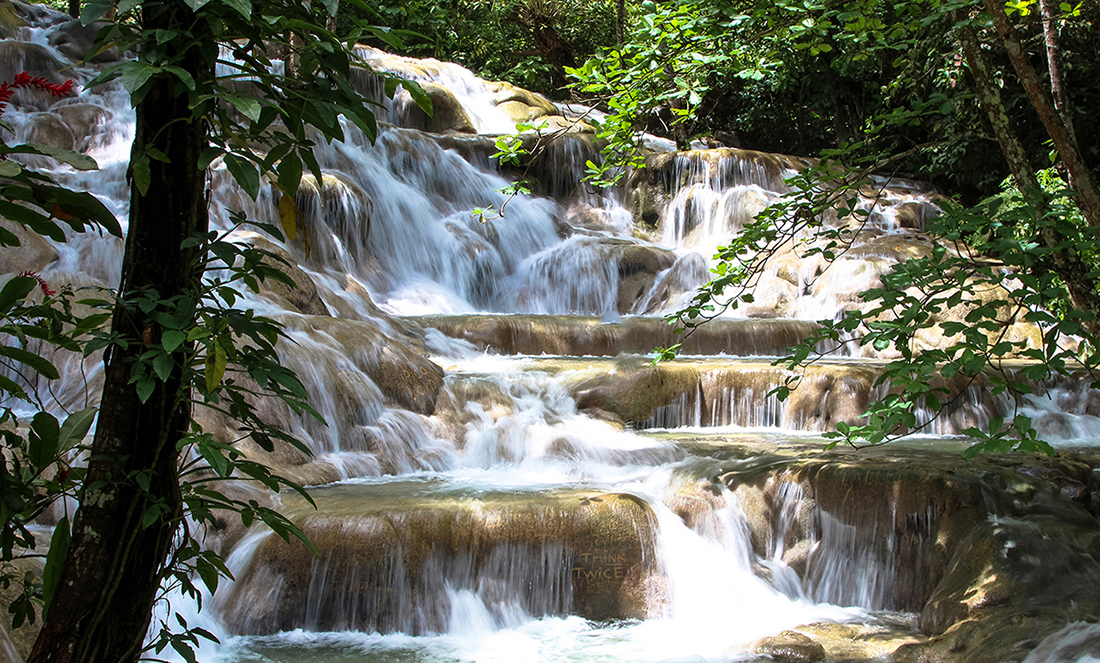 Another waterfall in the area is the Blue Hole. It’s undeveloped, less commercialized—there’s no parking lot, no attendants. At first you might feel a bit pressured by the guides but it’s definitely worth it to hire one as they can assist in navigating the walk up to the main waterfall and keep you safe, being that there’s no lifeguards or safety staff. Both Blue Hole and Dunn’s Falls are basically located in the jungle, so if you’re looking for a different side of Jamaica, outside of the beaches then Ocho Rios is a great area to stay in. 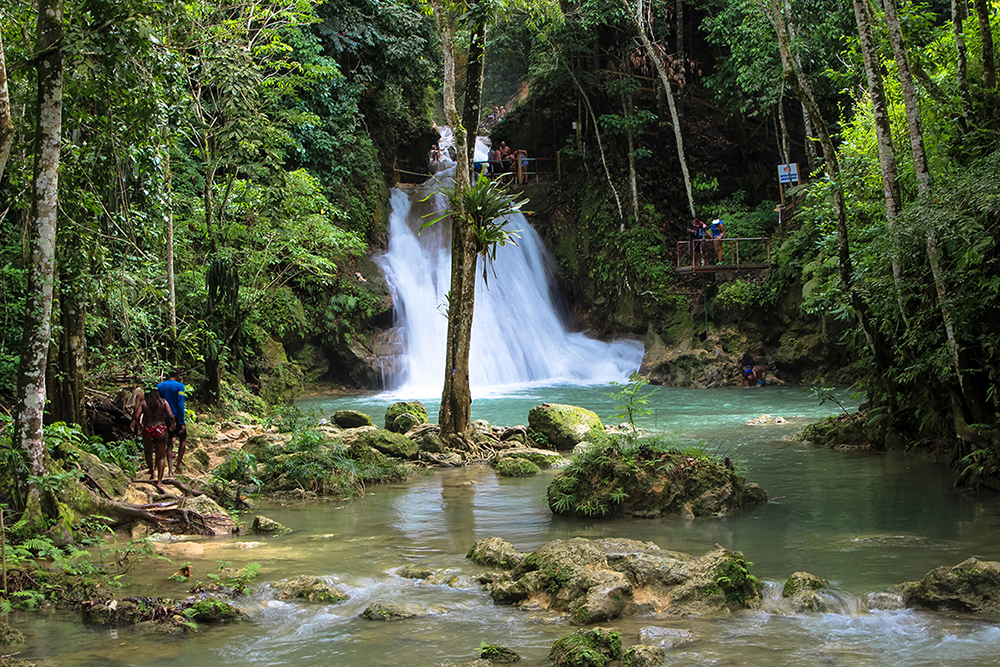 Although we didn’t make it there on this trip, many locals agreed the best place to stay for beaches is Negril, which is on the west side of the island and the famous Seven Mile Beach. Montego Bay and Port Antonio are other areas that came highly recommended for beach life in Jamaica.

Kingston is a very beautiful and interesting city with a lot of history, but isn’t hugely popular as a place to stay for tourists mostly because of safety concerns. One of the realities of Jamaica is it has one of the highest crime rates in the world, and a lot of violent crime at that. Tourists are most at risk for theft—thieves are looking for cash, jewelry, electronics and other petty items—so walking around in Kingston after dark may not be the best choice as a tourist. With that being said, there are tons of amazing things to do in Kingston, so most choose to stay in a hotel or a resort in another area, and head to Kingston for certain activities like museums and such. Some of the most beautiful things we saw in Kingston where Emancipation Park, featuring a famous statue celebrating the freedom of the Jamaican people, as well as Devon House, the home of Jamaica’s first black millionaire George Stiebel. Devon House also produces the best ice cream on the island, so be sure to pay them a visit to get your dessert fix! 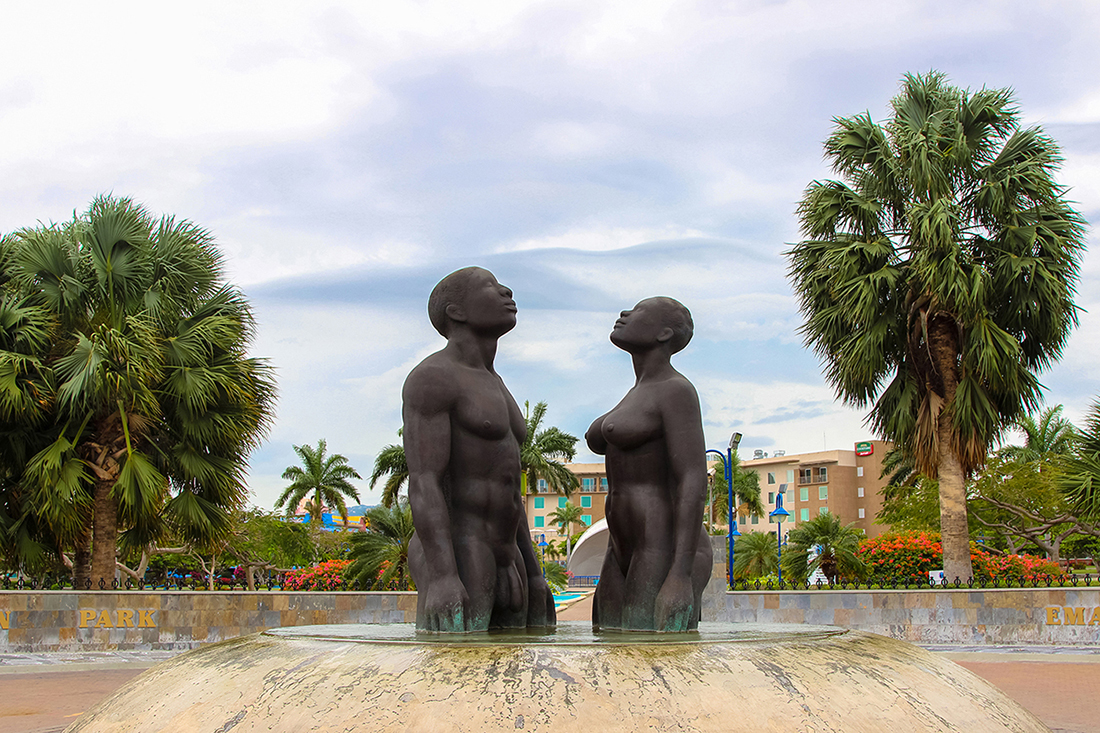 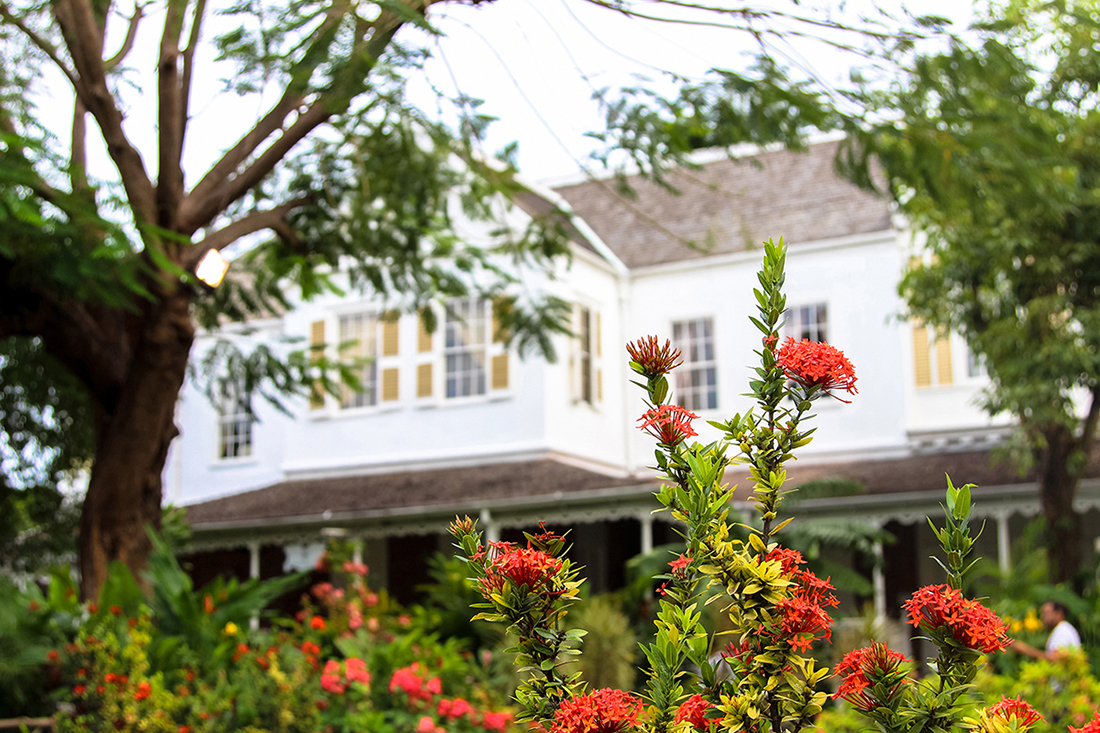