6 Underrated Places To Travel in 2018

There are, and always will be, the places that are inevitable. Unimpeachable. Beyond reproach. But you don’t need us to tell you that Miami is fire or that Paris is beautiful or that Tokyo is cooler than everywhere that’s not Tokyo.

We travel pretty much non-stop, and get the chance to hit places that are, for whatever reason, overlooked. These are a couple of recent revelations. 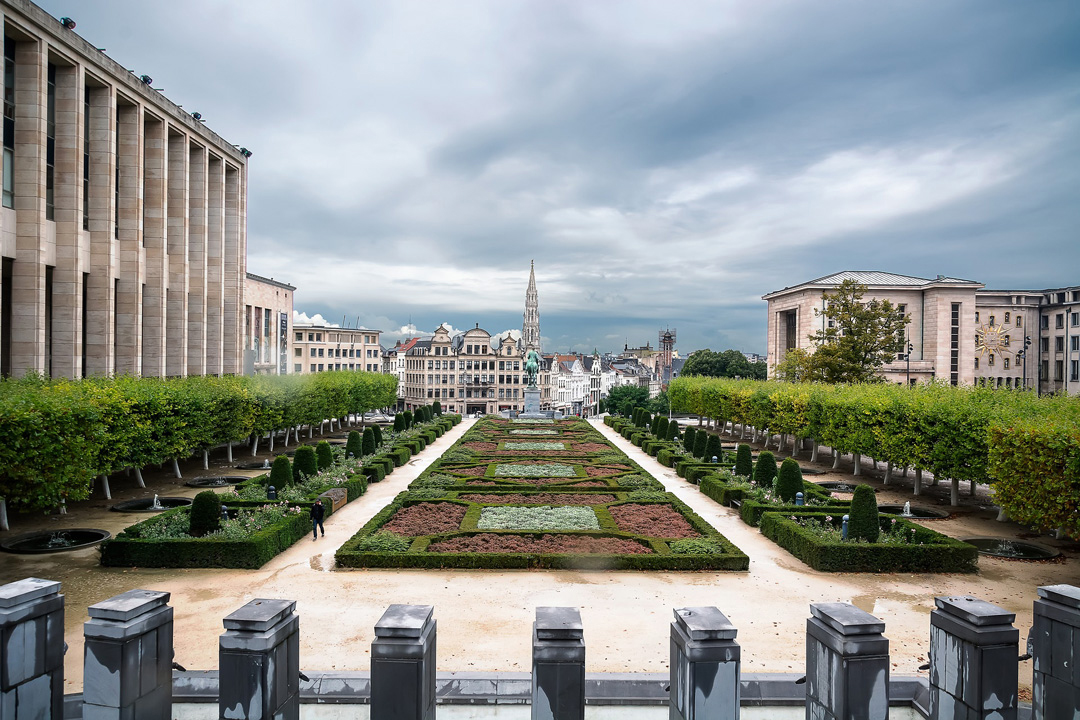 Yup. Brussels. A few months ago the NYT did a piece called ‘Is Brussels the new Berlin’, and the scoffing was heard round the world. Except, that is, for people who spend time there. We know heaps of Parisian art kids who’ve moved there lately, and they rave for days. Far more than the staid, polyglottish, bureaucratic home of NATO, BRU surprises in the most delightful ways. WIELS is a repurposed brewery with a ruthlessly avant-garde curatorial mandate and Highline level IG thirst trap bonafides. ADAM (the Art & Design Atomium Museum) is a Jean Nouvel-designed wonderland of 60s plastic Italian furniture and art. All Sottsass and Castiglione, in the shadow of a giant Bond villain-esque molecular statue of chrome and glass. BOZAR (beaux-arts riffing) is an Art Deco museum masterpiece with a Michelin starred cafe, while the fashion boutique De Stijl is a Rick and Vetements-stuffed glass-roofed arborium that makes DSM look positively anachronistic. Cocktail game at Pharmacie Anglaise is strong, and it’s an hour by train to Antwerp, which is essentially mecca for the fashion-forward. 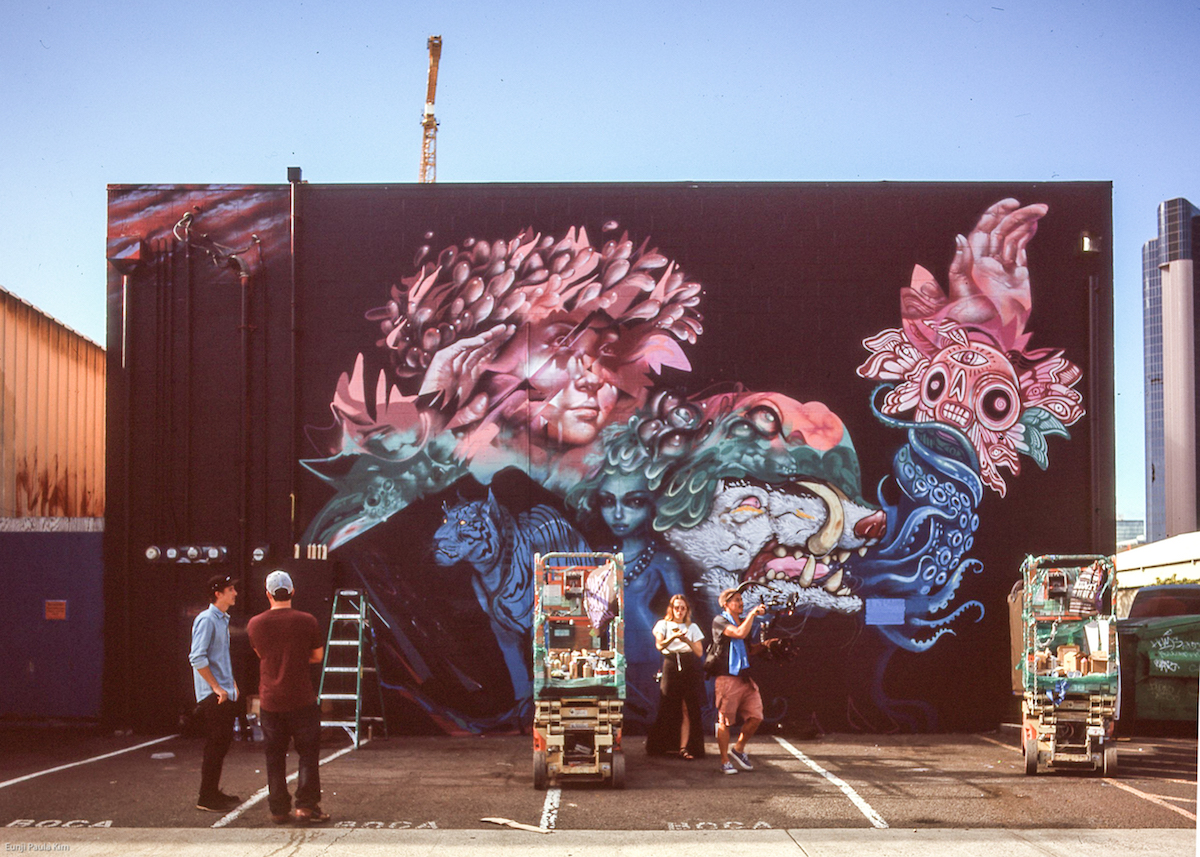 Yeah, it’s straight paradise. Yeah, the Shaka is emblematic of an honest-to-god ethos of chill. And, yeah, those are more than enough reasons to go, but there’s so much more happening in HNL rn. First is the food. That açai bowl LuluLemon and man-bun ting that you (and I) eat on the reg isn’t poke (note the absence of accent aigu). Hit Ono (a little dive hole-in-the-wall) for wasabi oil-cured raw ahi poke. Fish. Rice. A little chili. That’s it. Hit Ethel’s for a 5$ sesame-shoyu ahi tataki with a side of ferns, and some fried turkey tails. Check Kokohead café early for a breakfast bibimbap. Ditch Kalakaua for Kaka’ako, a formerly industrial area that is home to the international mural festival PowWow. It makes Wynwood Walls look tiny, and all flat surfaces are muralled by everyone from Audrey Kawasaki to Madsteez. Dead Waikiki and head to the beach at Kaimuki instead, find a cocktail at Harry’s Hardware, and check Truest for decade old LE Bearbricks and first run Yeezys. 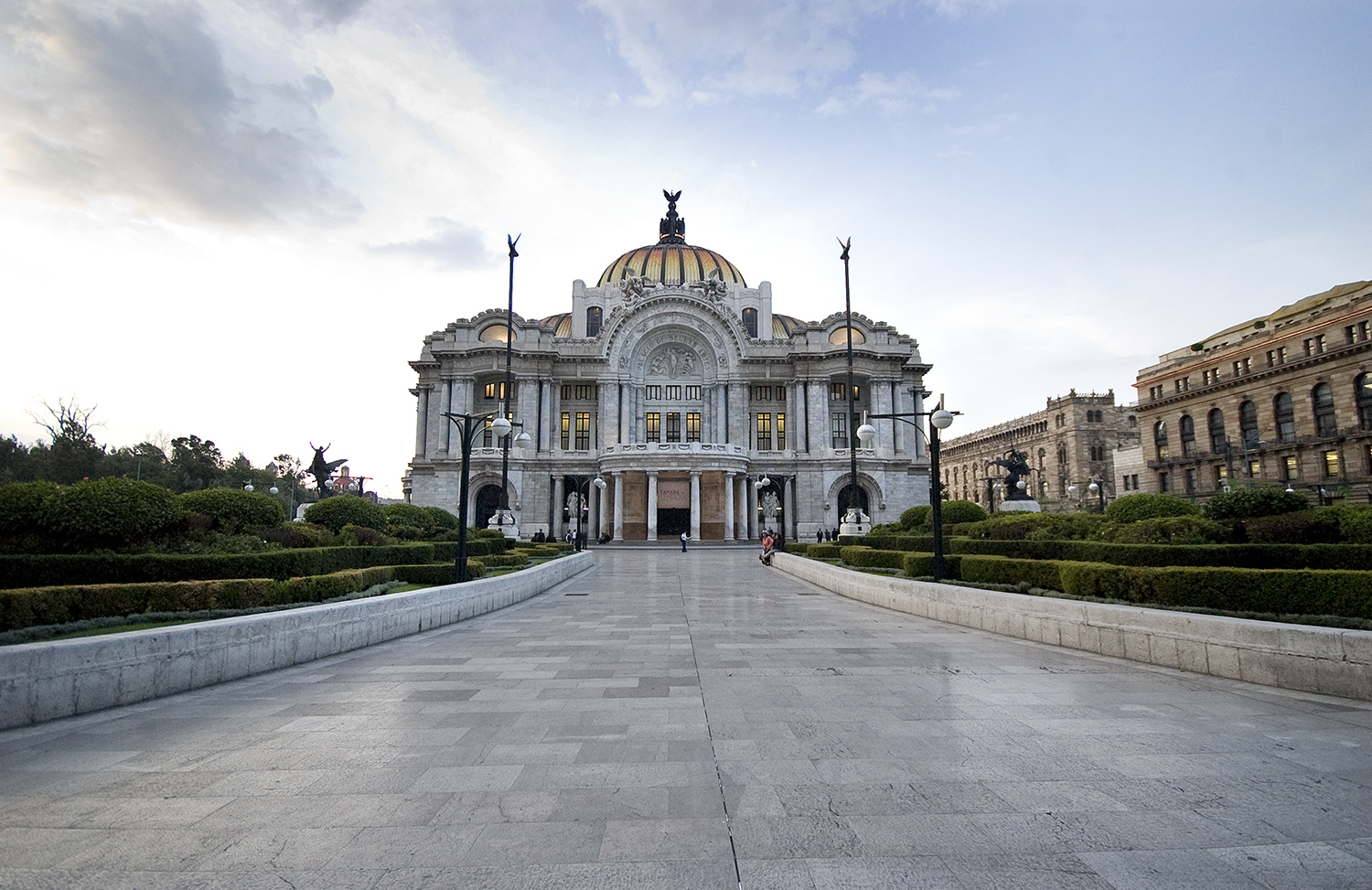 Despite the epically negative press about Mexico of late (largely spurred on by a certain tangerine-tinted fuxkwit), the CDMX is alive and well. A bustling, fractal metropolis that makes NYC seem underpopulated, Mexico City is awash in moments of great beauty, and a culinary scene that absolutely astonishes. Everything is delicious, from janky roadside Gorditas to inimitable seafood at spots like Contramar. La Docena, in particular, pairs dazzling seafood with a steady soundtrack of 90s hip hop. Make resos. Ditto Pujol, one of the world’s great restaurants, serving a degustation of things like 1500-day aged molé in a setting that resembles nothing so much as an Ando Tadao townhouse Valhalla. Bars such as Jules Basement and Licorera Limantour get the job done ably (focus on Mezcal drinks, especially if you go to Clandestina), and the museum and gallery scene is bananas. Hit the Soumaya, the Tamayo, and the Jumex; as well as Kurimanzutto and Proyectos Monclova. Oh, and Frida Kahlo’s house, obvi. Luis Barragán’s studio and most famous house, Casa Gilardi, are also must sees. Just be aware that both have ticket fees, but, upon arrival, you’re told that you also must purchase a photography pass for an additional 25USD (-ish). Your IG will thank you tho. 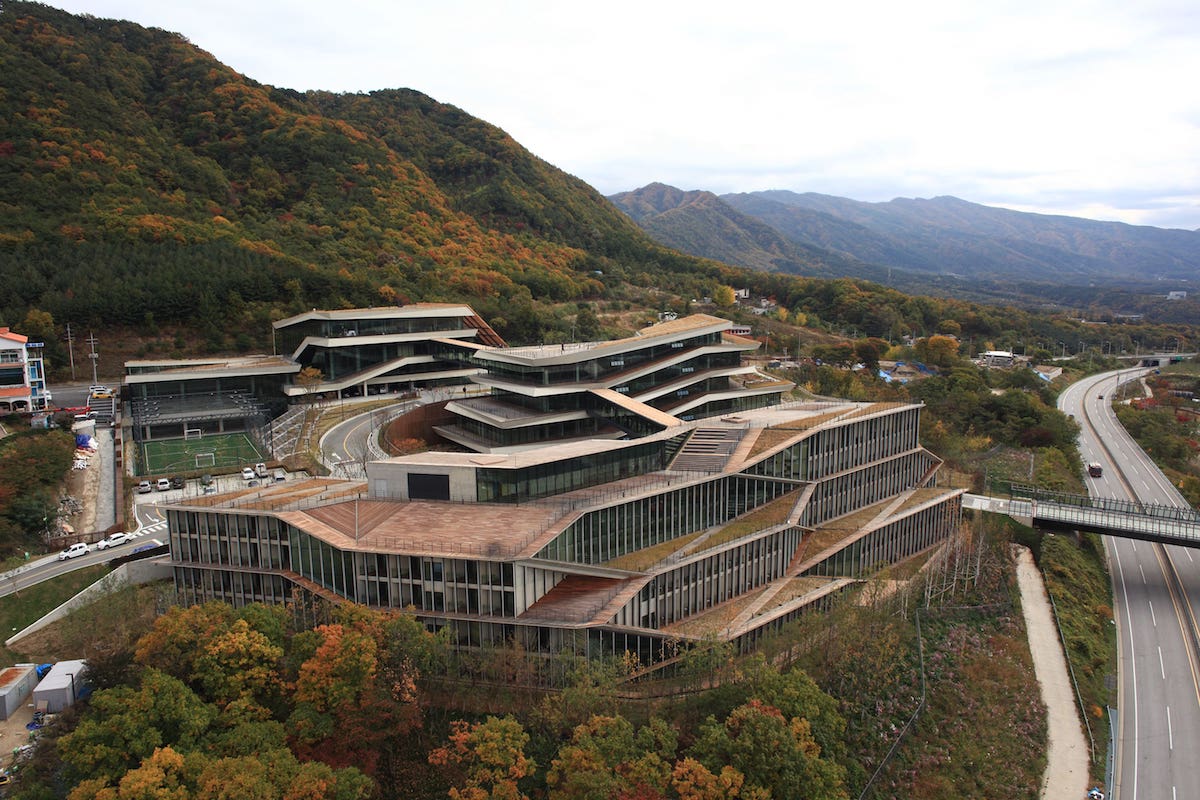 The fact that Shanghai is one of the world’s most vibrant cities has escaped precisely no one. But Hangzhou, the capital city of Zhejiang province, is easily accessible from Shanghai, and oft overlooked. Though it’s 200km from Shanghai, a dedicated high speed rail service travels at speeds up to 422kph, meaning a trip takes barely more than 30 minutes. Hangzhou’s West Lake, a UNESCO World Heritage Site, is one of those picture perfect idylls that fully lives up to photographs, and Kengo Kuma’s China Academy of the Arts buildings is the future of vernacular architecture. Hit the ultraluxe AmanFayun resort for a ruthlessly early breakfast, then go next door to Lingyin Temple. Get there before 8am and you’ll encounter saffron clad monks on their way back to their monastery after morning prayers at the temple. Just south of West Lake is the Leifeng Pagoda, an octagonal 5 story structure dating back to 975AD. So bloody beautiful it encouraged Marco Polo to call Hangzhou
the most magnificent city in the world’. Before you go thinking that this is a quaint village, bear in mind that China’s population is about 30% of the world, so even ‘smaller’ cities like Hangzhou have populations in excess of 20 million.

A dusky little beauty of an island only 90 mins or so by plane from NYC and Toronto, Bermuda is the perfect restorative long weekend jawn. Renting cars on the island is against the law, but with the review of the new Segway out, eco scooters are in abundance. Don’t worry about getting lost; the whole country is about 20 miles across, and basically bolstered by three roads: south road, north road, and middle road. Driving is a breeze, since the extent of their road signs is little posts at the side of the road: blue means you’re going away from Hamilton (the capital ‘city’), pink means you’re headed towards it. Bacardi’s modernist HQ is a must; based, as it is, on a Mies van der Rohe design that was originally going to be Bacardi’s pre-Castro Cuban flagship. So is the Fairmont-owned Hamilton Princess Beach Club hotel. There’s a Marcus Samuelsson (of Red Rooster Harlem fame) restaurant, but the art collection is mental. Banksy, an Ai Weiwei sculpture, Rauschenberg, Koons, a half dozen Warhol camo pieces; even an 18 foot Kaws statue in the gardens. Fucking mental. Nothing more needs to be said, tho this is the home of the Swizzle and the Dark & Stormy, so get your drink on. And, afterwards, hit Mel’s Spicy Dicey for the best fish sandwich this side of anywhere. 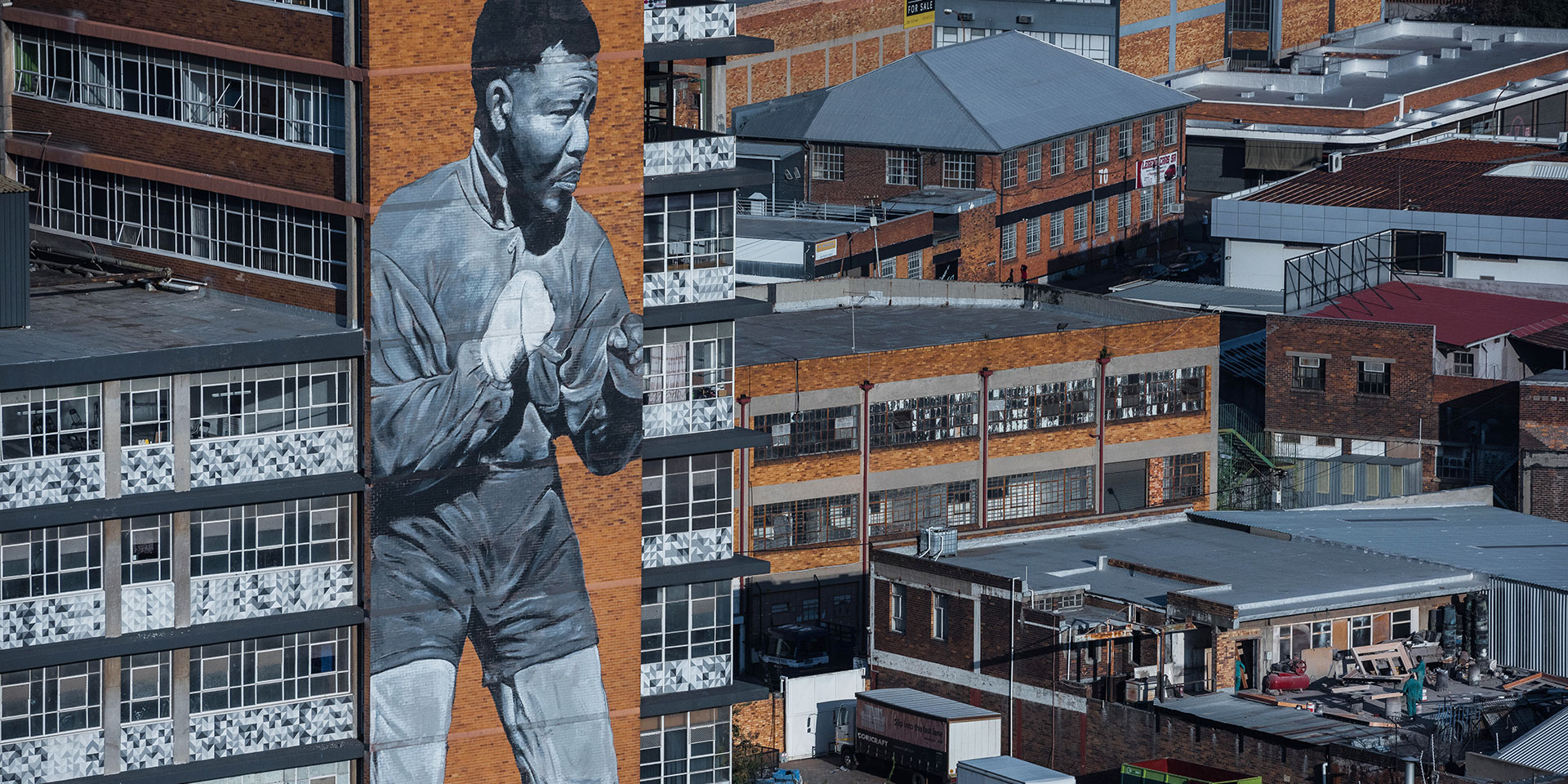 Jozi often gets overlooked in favour of Capetown, which is admittedly one of the most beautiful places on earth. Especially now that Heatherwick’s MOCAA museum is completed. Seriously. Go. One of the best public art institutions of the modern era. But Joburg more than holds its own. Burgeoning neighbourhoods like Maboneng illustrate the rapidly expanding creative class’ output, through spaces like Lo-Tek’s Drivelines project, and Living Room – a sundowner if there ever was one. Galleries in Parktown/Rosebank like Momo, CIRCA, and David Krut Projects provide a glimpse into some of the continent’s up-and-comers.