24 Hours in Vancouver with So Loki and OBEY

It has been over a year since we first introduced you to Vancouver rap group So Loki when we premiered their single “Solo” back in 2017. The duo, composed of rapper Sam Lucia and producer Geoff Millar, has been leading the charge amongst the growing Vancouver rap scene and after months of development within their team (and a stamp of approval from Shepard Fairey), they announced a debut collaborative collection with OBEY Clothing celebrating their recently released Planet Bando EP – and a pop-up show to release it all. We knew this would be a night we could not miss so we hopped on a flight and touched down in Vancouver to catch all of the action.

The one-night event was held at El Kartel, a spacious streetwear and sneaker shop in Chinatown across from the city’s iconic Fortune Sound (which served as the official afterparty). A long line stretched around the corner of the shop for hours before doors were opened and fans of the duo could be overheard discussing the hype behind the collection. Best described as “Vancouver AF,” the pop-up featured a wide variety of local talent including art installations from photographers Steve Kim, Conor “Mescondi” Cunningham and Jay Wong, sets from DJs Raiden and Juelz and performances from rising rappers Anklegod and Yurmsauce. As if that was not enough, So Loki took the stage to close out the night.

The six-piece collaborative collection featured tees, longsleeves and hoodies (in both golden-yellow and black) adorned with Planet Bando artwork designed by Chrome Destroyer, a rising Vancouver designer and creative partner of So Loki. The front of each piece featured an italicized phrase reading “you’re (always) welcome to (stay)” – somewhat of a proclamation for all Vancouver artists that feel they have to leave the city to find success.

Hometown love was a strong theme throughout the night as attendees rocked the merch, interacted with the installations and threw down to numerous underground hits including Yurmsauce’s “You Are Not Alone,” Anklegod’s “Fantasia” and a closing performance of So Loki’s massive  “Elephant Man” (which Sam and Geoff performed four times). The shop actually lost power several times throughout the night but the morale and energy in the room were too strong to let a temporary loss of light impede the flow of the night.

We sat down with the boys after the pop-up and talked OBEY, trips to LA, new Vancouver rap and the future of the city’s creative culture. Check out some more photography from the pop-up show below and read our interview with Vancouver’s most dangerous rap duo. Missed the show but still want to cop a piece from the collection? Head on over to owakerecords.com to peep the rest of the stock before it runs dry. 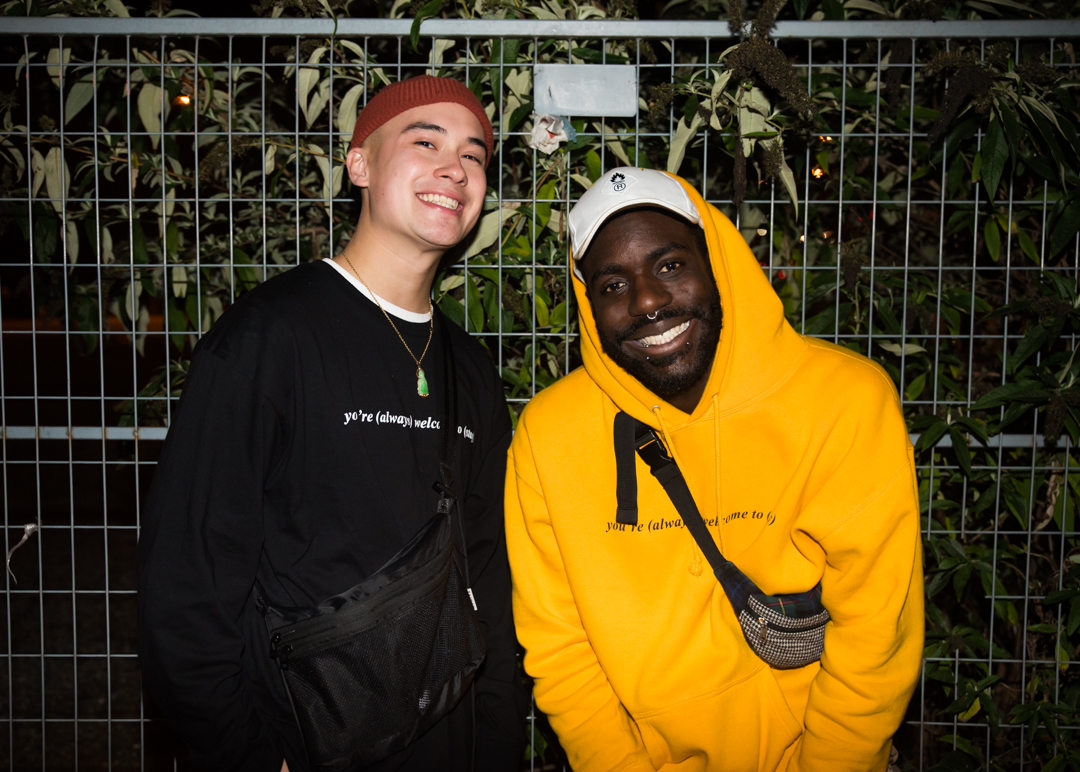 Sidewalk Hustle: When did the relationship with OBEY begin? I saw that you were rocking a lot of it at festivals this summer.

Sam Lucia: I’d always been into OBEY – I was into graffiti culture and art culture in high school. Me and my cousin were heavy into it. Shepard was a huge influence for me. I think Gman [Garret Louie] was bringing OBEY to his distribution company Timebomb Trading around the same time we met him and he showed us some lookbooks – we liked it off the top. We didn’t know they were doing all these crazy jackets and pants. We were planning a trip to LA to work on Planet Bando 2 and Gman made two recommendations: visit the Broad Museum and see the OBEY studios and talk to the team. And it was an amazing experience – they’re super genuine people. It was better than we could have ever imagined.

SH: How did you first meet Gman?

SL: About a year ago, we were trying to level our game up and we knew he was integral to the community out here. We reached out to him to see what he was doing (because we weren’t really sure at the time) and he took us to this spot and ordered all the most bomb dishes.

Geoff Millar: Yeah, he took us out to a Chinese food with him at a restaurant in Chinatown and basically told us his whole life story. He told us about putting on all these events and DJing, doing stuff on the island, working with all these brands.

SL: FreshJive was one of the big ones. It was cool to hear how much he had pushed the culture. He also explained the future he was trying to create for Vancouver. He wants to push the culture and create platforms to really advertise the city to the right people whether it’s Fortune Sound or Timebomb or whatever. 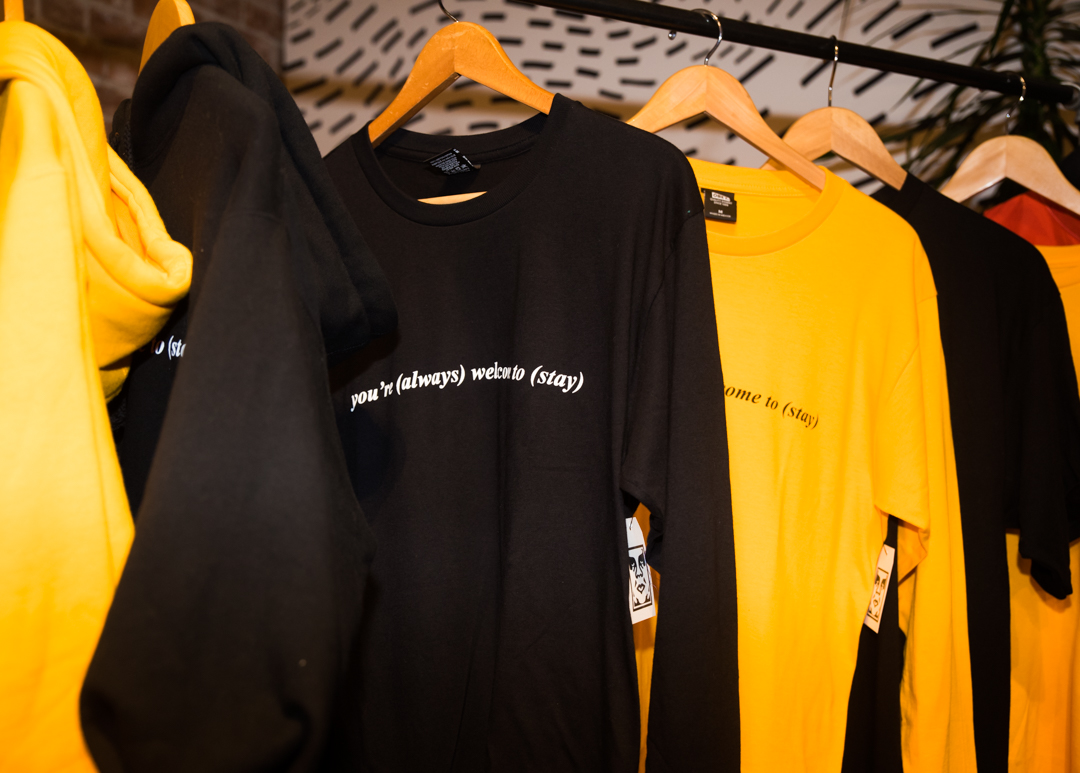 SH: So how do you go from wearing the stuff to collaborating with the team on an entire capsule collection? That’s such a big co-sign.

SL: I think we were just really into it at the time. Steve Kim was shooting a ton of photos of us wearing the new stuff and Gman really liked them. He brought us in to have a conversation and he really wanted to do something that would push it to the next level and the OBEY connection made sense because they’re really open to doing something different. That discussion happened around June and by July we were talking about planning a party and choosing silhouettes for the collection. They let us go in and do pretty much anything we wanted.

SH: Yeah, it seems like you had a lot of freedom.

SL: We were able to get our whole team involved for this. Chrome Destroyer was integral to the designs on the back. We wanted to get a meaningful message across and Steve Kim was able to photograph people from Vancouver in all of the campaign imagery. We wanted to make this multifaceted and it was better than we could have asked for. 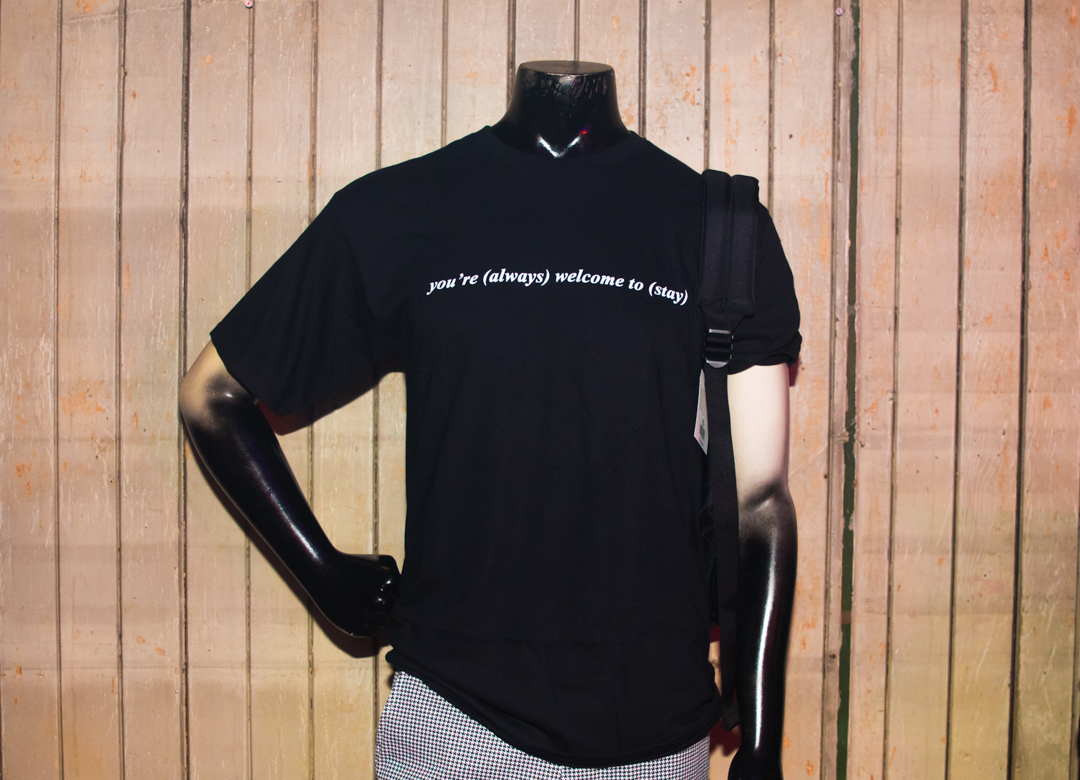 Where did the phrase on the front come from?

SL: When we were conceiving Planet Bando it felt like Mars, like a futuristic amusement park where you could go and exist – the macrocosm. I think the idea of “you’re always welcome to stay” makes all of the singular people feel a little less alone in their seat. It just seemed to fit and the punctuation really emphasizes that. When we were talking with Chrome we wanted to put something on there that people would want to read because we have to read so much stupid stuff every day.

SL: Yeah, I think we all just kind of felt it. And it goes beyond just a saying, I think we want to take it further with more clothes and whatever. It spells Y.A.W.T.S. – you could say we’re on our YAWTS flow now.