The 72nd Cannes Film Festival is set for another season in the French Riviera. The festival runs from May 14 to May 25 and kicks off May 14 with the premiere of Jim Jarmusch’s film The Dead Don’t Die. The film stars Adam Driver, Tilda Swinton, Bill Murray and Chloë Sevigny. Jarmusch’s film will also compete against the likes of Canada’s Xavier Dolan (Matthias & Maxime), Arnaud Desplechin (Oh Mercy!), Terrence Malick (A Hidden Life) and Justine Triet (Sibyl) for the coveted Palm d’Or prize.

Aside from the Palm D’Or honour, there’s Cannes Critics’ Week, Directors’ Fortnight (which runs parallel to Cannes) and a number of special screenings that will keep things interesting.

Let’s start with International Critics’ Week, where 2014’s Gente de Bien from Colombian director Franco Lolli will open and Xiaogang Gu’s Dwelling in the Fuchun Mountains (春江水暖), which is based on true events, will close the week off. 11 films will compete including Vivarium featuring Jesse Eisenberg. Vivarium is said to remind us of The Twilight Zone and The Truman Show, according to Critics’ Week artistic director Charles Tesson. Remaining cautiously optimistic on that.

Critics’ Week is about profiling first and second films and one of our choice picks this year is Hlynur Palmason’s A White, White Day. This is the Icelandic writer-director’s second film at Cannes and the follow-up to 2017’s Winter Brothers.

Onto Directors’ Fortnight, which is meant to be a “launchpad for new auteurs who are making fresh, bold choices.” A selection of films from directors who’ve never presented a film at Cannes before will showcase. One contender is 36-year-old film director Robert Eggers who made his directorial debut with The Witch, if you recall. The Witch was really good—this you may also recall. Eggers’ The Lighthouse stars Willem Dafoe and Robert Pattinson, and is a black-and-white horror film shot on 35mm film that’s said to be a “fantasy horror story set in the world of old sea-faring myths,” by A24, the film’s distributor. Pattinson talked about the harsh conditions of filming in an interview.

Other films in the running include Zombi Child from Bertrand Bonello, Babak Anvari’s Wounds and Rebecca Zlotowski’s An Easy Girl. Wounds features Armie Hammer and Dakota Johnson, but has received criticism because it’s a Netflix film.

Directors’ Fortnight has helped boost profiles like Spike Lee and Jim Jarmusch. The winner is awarded the Caméra d’Or prize.

A buzzy film to mention is Rocketman, the Elton John biopic starring Taron Egerton as Mr. Tiny Dancer. Rocketman was directed by Dexter Fletcher, the guy that jumped in to direct Bohemian Rhapsody. Fletcher has an interesting backstory. 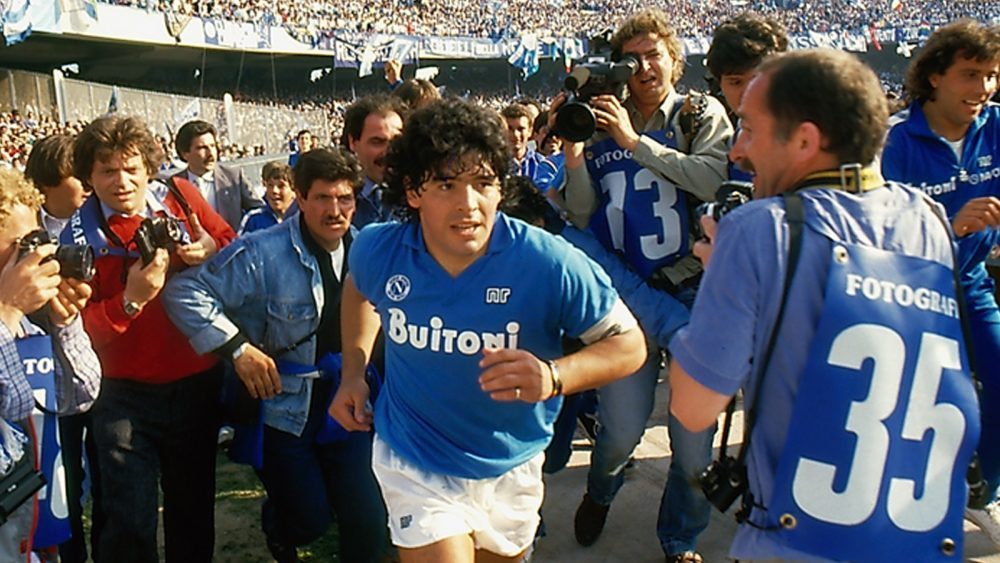 Another anticipated film, one that just confirmed it will be premiering at Cannes, is Diego on Argentinian footballer Diego Maradona and his time at Italian Serie A club SSC Napoli. Profiling both the good (being an incredible player) and bad times (failing drug tests), the controversial Maradona will be in attendance at Cannes on behalf of the production. Over 500 hours of archival footage provided by Maradona makes up this 120-minute film.

Even just the short clip below shows the weight of this man’s influence, but also the power of sport. The clip watches Maradona leaving Napoli stadium on his way to a press conference where he is greeted by flocks of journalists and flashing cameras. The rowdiness of the room is enjoyable to take in. The documentary comes from Academy Award and BAFTA-winning director Asisf Kapadia (Amy, Senna).

An important part of the Cannes Film Festival comes on behalf of ACID (Association for the Diffusion of Independent Cinema). The ACID programme began in 1993 with a purpose of giving directors more visibility, especially directors who are in need of finding distribution and are hoping to organize a theatrical release. Nine films have been selected this year. ACID’s founding principle focuses on “the support brought by filmmakers to other filmmakers, French or foreign.” Chosen directors will also become members of ACID, which presents the films to over 50 festivals in France and overseas following Cannes. ACID also helps the director find a distributor in France, and once secured, ACID helps facilitate the release, promoting the film among 400 independent movie theatres. Full list of entries below.

Mickey and the Bear by Annabelle Attansio

Rêves de Jeunesse (As Happy As Possible) by Alain Raoust

Stanley Kubrick’s The Shining (remastered in 4K) and Dennis Hopper’s Easy Rider (restored in 4K) will screen as part of Cannes Classics 2019.

Another film that will receive its spotlight at Cannes is Frankie, which follows three generations of people suddenly dealt with a life-changing experience while vacationing in Portugal. Frankie stars Isabelle Hubert, Brendan Gleeson, Greg Kinnear and Marisa Tomei. The film was directed by Ira Sachs (Love is Strange, Married Life). This is his first film at Cannes.

Quentin Tarantino’s Once Upon a Time in Hollywood, which is said to be his most personal film to date, was rumoured to screen at Cannes, but that rumour has been challenged following news that Tarantino has yet to complete the edits. Who knows though, it could be a last minute add to the lineup. The film stars Brad Pitt, Leonardo DiCaprio and Margot Robbie. Although about the murder of Shannon Tate and the Manson Murders, Once Upon a Time in Hollywood is more about the “loss of innocence that came about in 1969 with the Manson family,” according to co-producer Shannon McIntosh. The film is slated to open in theatres July 26.

Another premiere at Cannes is The Staggering Girl, a 35-minute short film from Luca Guadagnino (Call Me by Your Name).


Special screenings like Werner Herzog’s Family Romance LLC and Pippa Bianco’s Share are also part of the festival this year.

Mexican filmmaker Alejandro González Iñárritu, the director of The Revenant and Birdman, is the president of the 2019 jury. Past presidents included Cate Blanchett and Steven Spielberg.