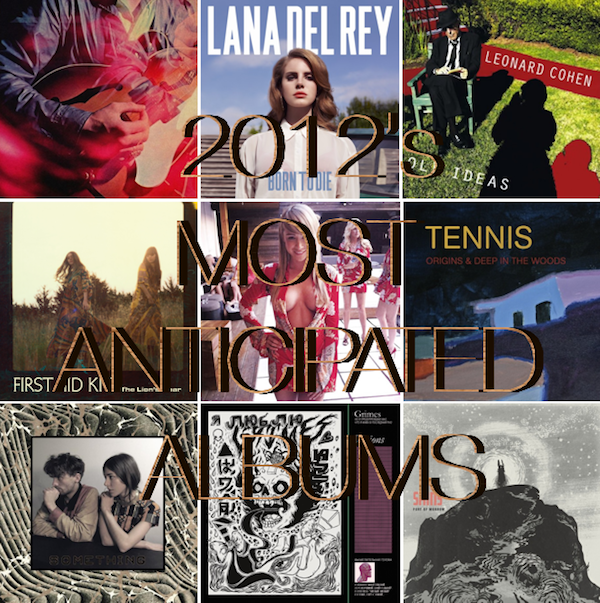 Though we’ve only just scratched the surface of 2012, there are some pretty exciting new releases to look forward to from Chromatics, Sleigh Bells, The xx, Twin Shadow, Tennis, Nicki Minaj, Miike Snow, and of course, the ever anticipated and always buzzing Lana Del Rey, to name only a few.

There will surely be more to come, but for now we’ve rounded up a few albums, in order of release date, that we’re really looking forward to.