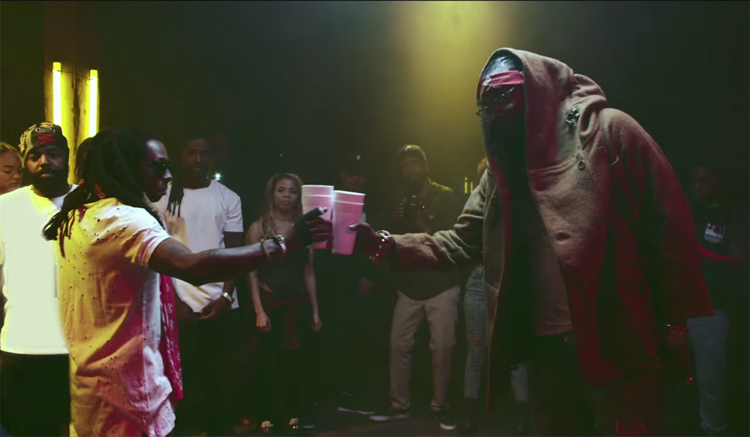 Coming in hard, fresh off the release of their collaborative album ColleGrove, 2 Chainz and Lil Wayne team up once again to share the video for “Bounce.” The video was directed by HdotRoss and features the two rappers going head to head in a rap battle, dropping their verses to great excitement from the gathered crowd. The video ends with Weezy doing an acapella verse from his classic track “A Milli” before Trapavelli does the same with his track “Watch Out.” It’s pretty cool!