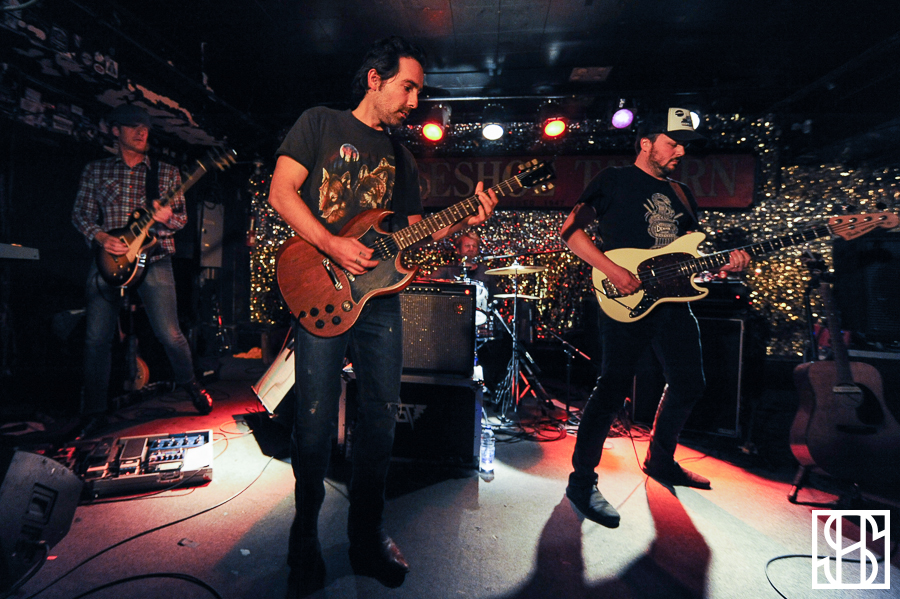 On a busy Friday night in Toronto Blitzen Trapper, the long running Portland rock band, brought their electric live show to the Horseshoe Tavern. Touring in support of their just released record ‘All Across This Land’ their set list included a number of songs from that record as well as highlights from all over their career. Frontman Eric Earley didn’t waste too much time talking between songs, rattling through a solid 90 minutes of alternative country. While fans had to wait all the way until the end to hear the band play their early hit “Furr” they were treated to a great 90 minutes of music, and even a mid-song cover of The Beatles “Come Together”. While it’s a shame that Blitzen Trapper has been playing progressively smaller rooms in Toronto, from the Opera House, to Lee’s and now The Horseshoe, this venue is one that suits them tremendously well. Anyone in attendance was treated to fantastic, no frills rock show, and no doubt left satisfied.

Opening the night were fellow Portland band The Domestics, with half an hour to impress the growing crowd the band played through a number of tracks of their debut self titled LP. With a style that made them a bit hard to pin down, and members that continually swapped instruments on stage, they made for a dynamic presence and were a heck of a lot of fun to watch.