There are very few people who command the respect of the music industry as much as Apple Music’s Zane Lowe. Coming from a distinguished and very hard earned background in the music industry as a disruptive radio personality, Lowe cut his chops and perfected his craft at the BBC. After 12 years and countless groundbreaking interviews, the music industry’s long-game playing, hit-forecaster left the Corporation to join tech behemoth Apple to spearhead their surprisingly late venture into the world of streaming music.

Taking command of Apple Music’s streaming radio station Beats 1, Zane has spent the last 10 months building the brand up into an industry powerhouse.  Considered by many, too big to fail, because of Apple’s “most valuable brand in the world’s” endless riches, the Beats 1 gambit had even more pressure to prove their worth. Beats 1 was not going to end up like iTunes Radio. Scoring victory after victory, most recently with Zane’s up close and personal interview with Drake, as well as Apple Music’s exclusive release of his latest album Views, Beats 1 continues to rejuvenate and revolutionize a tumultuous industry.

It was upon the back of the Drake-travaganza that we sat down with Zane in the Beats 1 New York studio, turning the proverbial table, or literal mic, upon the famous interviewer and music jockey to ask some pointed questions about the Apple Music experience (endeavour) so far. 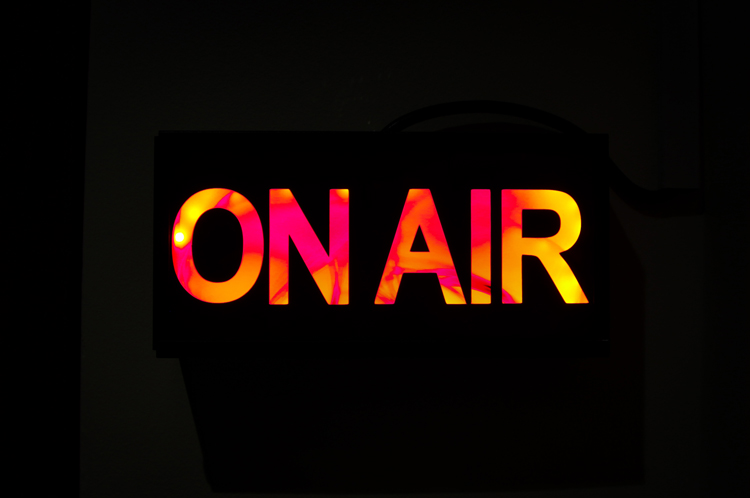 Sidewalk Hustle: Can you speak on the process of building and launching Apple Music’s Beats 1?
Zane Lowe: That’s one of the great things that’s emerged from having very little time to build it [Beats 1] was that we had to make decisions in-process. There’s a time to build something and really flesh it out in your mind and go ahead and structure it and then release it, but we didn’t have that luxury at all. We had 14 weeks from 1 day to get it on the air, which if you think about it is just over 3 months to get Dr. Dre’s first show produced, work out what the playlist was going to be, and what our musical personality was going to be, I didn’t even start thinking about my radio show until about 2 weeks before it launched. My producer came to me and was like “enough! I know you’re building this wider thing, but if we don’t launch well, this isn’t going to go well.”

SH: What have you learned? How has it worked out? How is Beats 1 evolving?
ZL: One of the cool things about it, is you start to experiment in public view, front facing. It moves like you move, and it moves like the online media moves, and it moves like social media moves. It doesn’t move like a traditional brick radio station or traditional TV station, it was never built to do that. It was built to move really fast. I think that’s why we have such a really great alignment with music media in the modern age because they go “alright well they move fast” and we share content and we big each other up, because neither of us are waiting, we are all hungry and move quick.

SH: Let’s talk about the way in which music is released nowadays? What’s happened to the long lead release? How is Beats 1 playing into this?
ZL: People talk about the music industry and how it has been through a rough time and I think if you are industry interested then that’s pretty clear, but what’s really healthy is the appetite for music. The kind of access artists are willing to give to their music and direct to fans is exciting. When we started building Beats 1 the only option I thought we had was to move with that new thinking. To try and slow artist down in order to work for us and our timing was never going to work we had to build something that works with their timing and moves as fast as they move.

SH: Can you speak towards why artists want to get their music premiered on your show on Beats 1?
ZL: It’s so exciting right now I can’t tell you. It’s the most exciting I’ve been and I worked at a place that was exciting. I was in no hurry to leave. To me that was the Golden State Warriors, just to keep it relevant, timely, or the Real Madrid or whatever of radio. I never thought I would move somewhere that could offer me even more excitement, and that’s not to say anything negative, I have nothing but great memories of my time at the BBC, but I feel like where I’m at, at this point in my life, and at this point where music is, with it’s relationship to streaming, digital age and that expectation of the audience to get it quick, we’re really well positioned.

SH: Why are people choosing to tune into Beats 1?
ZL: I think it’s that the idea of cutting through the noise and giving people a few little moments a day if that’s what they’re looking for. If they want to bookmark the World Record or something, or the UK Represent or the Beats 1 Banger, or they know that when they go to OTHERtone they’re going to get that, when they go to Matt they’re going to get a great dose of rock and roll, or can give people those moments that they can put into a selection of moments, that they refer to regularly, you’re moving in a modern way. There are some traditions that remain, but certainly the younger people who are growing up just collect things and put them in their pocket. There is too much emphasis placed on trying to own the consumer experience, where’s your loyalty to this brand or that brand or whatever, but if you can just be in the queue on a daily or even weekly basis you’re running with the right crowd. That’s how I think.

SH: As the unofficial boss and the personality of Apple Music’s Beats 1 how do you reach a new audience while staying true to yourself ?
ZL: I’ve always known that there are a lot of things that I’ve been associated with or I’ve done that roll through, not that I sit there thinking about myself that often, especially now that I’m a family man, but in those moments I’ve had to reflect, cause I’ve been in the front line, or firing line of some criticism. You now I’m old enough and wise enough and self-aware enough to know that there is truth in those things… sometimes, and especially when I over cook a record or do something considered over enthusiastic or I’m light on the ground with an artist, I’m aware that that’s not necessarily what some people want. But at the same time, I’ve never played it cool. I’ve never known how when it comes to music to play it cool. I was the guy that would go to the pub with my friends before I was on the radio and I would bore them into submission talking about the drums sound on Songs for the Fucking Deaf.  So all I had to do, if I got a chance was to try and do that. I can’t go on the air and be like [In a monotone, disinterested voice] “It’s the new Radiohead record it’s pretty good yeah, it’s pretty good but you can check it out in your own time, if you want, I’ll just play something else which just came out.” That’s not my thing, I’m going to play it 3 times that what I’m gonna to do. I suppose it’s selfish but I want to hear it 3 times.

SH: Sounds like your a true music fan.
ZL: It’s fanboy stuff. You gotta be a fanboy/fangirl.

SH: Now you are helping to create these future fans.
ZL: We’ve all fought for that right to be in charge of our own curation experience. There is no curator age where 10 or 11 people have this badge to be able to say “trust me,” like I’m no more a curator than someone who just shared a record to their friend via a link on their phone right now. They’re curating their own lives and they’re curating for the people in their lives.

SH: Does this nonstop curation impact how you program Beats 1?
ZL: I think it is important to listen, really, more so now, than it is to speak. So I’m just trying to listen to the audience as much as I can and listen to the artists as much as I can. That’s why on Beats 1 we gave so much of the real estate to artists, to be able to communicate directly to their audience.  Because, the age of being nothing but conduits has plateaued, artists communicate to their fans all the time via social media, through their websites, various ways, shapes, and forms. Why can’t that be a content related decision?

SH: What’s a success to you for Apple Music?
ZL: Subscriptions. [Shrugs] That’s the number.

SH: That’s the number?
ZL: That’s the number you want. That’s the number that we all, all of us in some way, shape and form in our daily life are driving towards. Subscriptions. Not just because we are proud of the service and we want people to use all of it, but because, you know, artists get paid. So subscriptions.  On the Beats 1 level, outside of that all important figure, relevance really. I came from a world where more traditional measures of success, so much emphasis was placed on them and a lot of the time when you actually asked people how they got that measurement they couldn’t give you an answer. It was really ambiguous and odd and felt archaic to me. So when we started Beats 1, I had to change my way of thinking and very quickly I pushed myself to measure things differently. and we do really well in those traditional senses, but what I really look for is how much noise and how much relevancy can we be a part of, or at least a process, helping to create for that song, or that artist, or that album. Because the more successful the records are, the more successful the whole industry is.

SH: You were just in Toronto for you interview with Drake, what’s your read on Toronto?
ZL: What I like about the sound of Toronto, and I’ve said this a few times, is that it sounds like how the city feels. What I like is the fact that it’s broadening now. You can hear producers who are in an electronic groove, like River Tiber’s record’s going to be special. It’s going to be a breakout moment, I think.

Want more Zane? Then head over to Beats 1 now and get familiar with his contagious enthusiasm for all things music!