Growing up in Chicago, Tasha first learnt guitar as a teenager from her mother. Since then Tasha has grown into a true artist, unafraid to feel deeply with a distinct voice, respected in the Chicago scene and far beyond. Now signed to via Father/Daughter Records, October 2018 saw the release of the indie folk singer songwriter’s debut album, titled Alone at Last, a gorgeous exploration in being gentle to yourself, radical self-care as activism and music as healing.

More recently (November 2021 to be specific), Tasha introduced the world to her second album Tell Me What You Miss The Most. A study in tenderness and self-reflection, the album has become a warm comforting blanket of sound on these bizarre anxiety ridden days. The lush instrumentation and heart hitting lyrics bloom throughout the stunning no-skip album that dances between tracks to shake your hips to in the kitchen and songs to sway and slow dance alone with yourself.

Earlier this year, Tasha was touring Europe with Half Waif and coming up this spring you can catch Tasha touring North America with former Sidewalk Hustle 15 Minutes With subject Nilüfer Yanya (check out our 2018 interview here). Back in early December we caught up with Tasha, who was playing an all ages show at Philadelphia’s rad DIY space PhilMOCA, touring with LA’s Mini Trees and Tasha’s Father/Daughter lablemate S. Raekwon. Check out our photos and interview below where we discuss what advice she would give to new artists, the Chicago music scene, how she would recommend you listen to her new album and more… 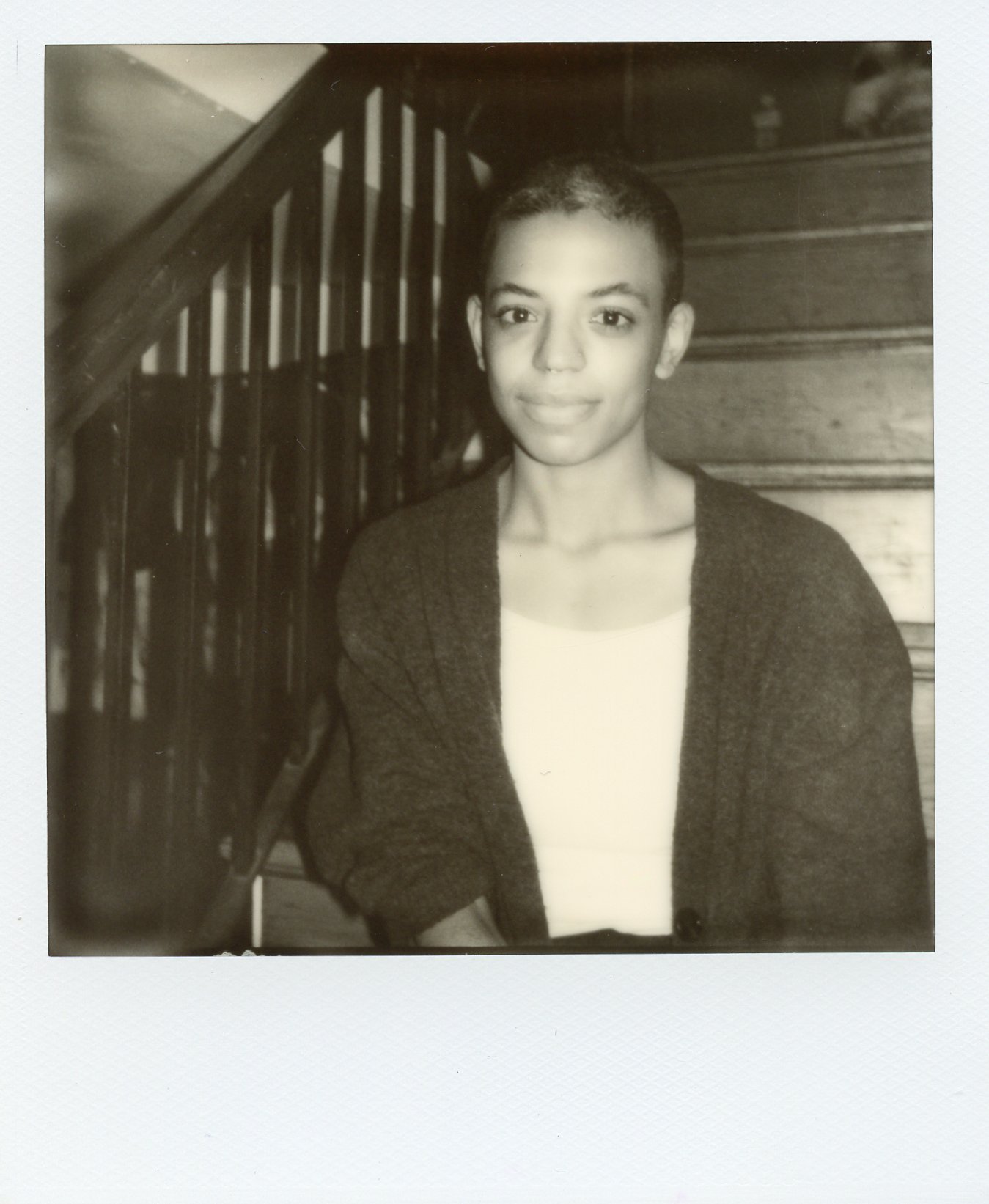 Sidewalk Hustle: Do you find that you’re more intentional about travelling and playing different shows now? Obviously, there’s the safety pandemic precautions, but what’s your point of view?

Tasha: This is the first time I’ve toured right behind a record that feels really important to me and that feels like a really important career moment for me, just because of the work and the time I put into it. So this tour, it feels there’s more weight to the shows just because the music means more to me than it did before. I feel like I’ve just grown to a level where I want to showcase myself in a way that I haven’t wanted to before. The stakes are a little bit higher, but not in a bad way. I definitely am in a place that I wasn’t in a couple of years ago and so it’s exciting to just feel myself grow and make this into more of an actual job and profession in a way that feels really cool.

SH: Congratulations on the new album, Tell Me What You Miss The Most,  It’s amazing. How does it feel to finally share it with the world?

Tasha: It feels really good. It goes like this for so many artists, but the songs have been written for so long and everything just takes a long time. This album just happened to take a long time to record because I wasn’t doing it regularly over the pandemic and there were a lot of long breaks, so it feels very good to have in the world. And like I said, I just feel really proud and really excited about the songs in a way I haven’t felt about music before and so it’s just made the rollout (of the album) that much more exciting. 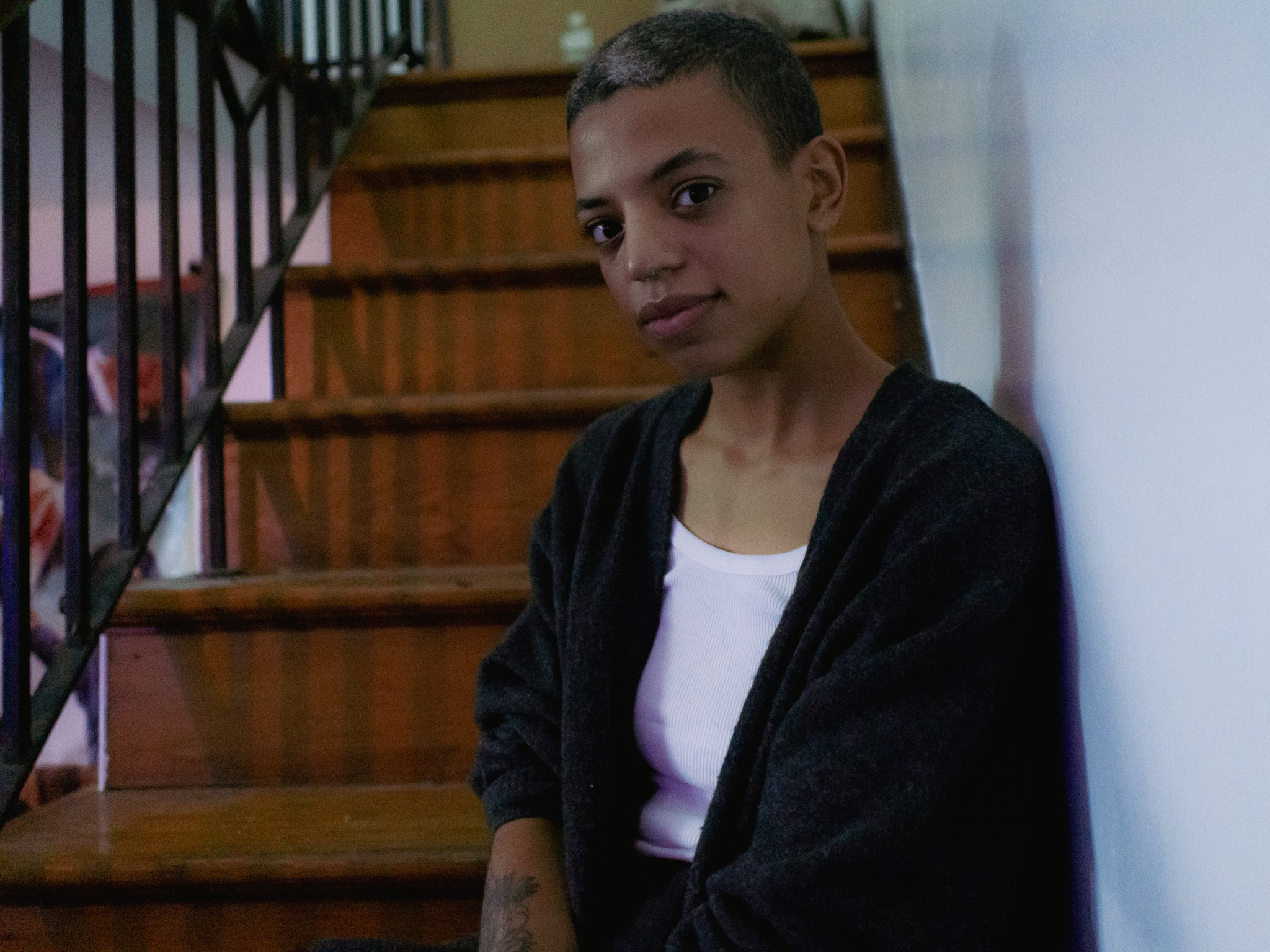 SH: You recorded this album with Eric Littmann who we sadly lost this past summer. Eric worked on so many amazing albums and with so many artists in a very unique, sensitive way. What was it like making this album with him?

Tasha: A big chunk of the songs were written before I approached Eric about the record and then a few more were written after we started recording. From the second I met him, I just knew I really wanted to work with him on an album because just being in the room with him and seeing the way that he works with people in a production capacity was really exciting and really warming. Super gentle, super thoughtful and super collaborative. Not patronising or intimidating in any way. In the recording process I really felt like we were working together super intricately, really combing through the songs and figuring out exactly how we wanted them to sound. It was an incredibly special process.

SH: What sort of advice would you give to newer artists who maybe have never worked with a producer before?

Tasha: Listen to all your favourite music and find out what you like about it. Also just making friends with people. I knew Eric because he is a friend of friends and we just ended up in the same room hanging out together. I feel like the more friends you make, the more time you spend with people, the more connections you’re able to form. Those end up being the best collaborations I think and everyone I’ve worked with have been people that I’ve just been in community with in some way. I feel like that usually fosters the best kind of making process as opposed to venturing out and trying to find, like a stranger, to hire to work on your record. I don’t know, I feel like looking inside your own community is kind of the best way to do it.

SH: Don’t overlook your local music community. Totally. How did you get linked up with Father/Daughter Records?

Tasha: That was another kind of special happenstance moment where I did a Pitchfork Fest after show opening for Vagabon, she recommended me by a mutual friend. Her first record came out on Father/Daughter and Jessi from Father/Daughter was in town for the show. We just met and then just started emailing very casually about music stuff, it wasn’t even about signing a record deal or anything like that. Then months later, the conversation kind of came up. The rest is history. 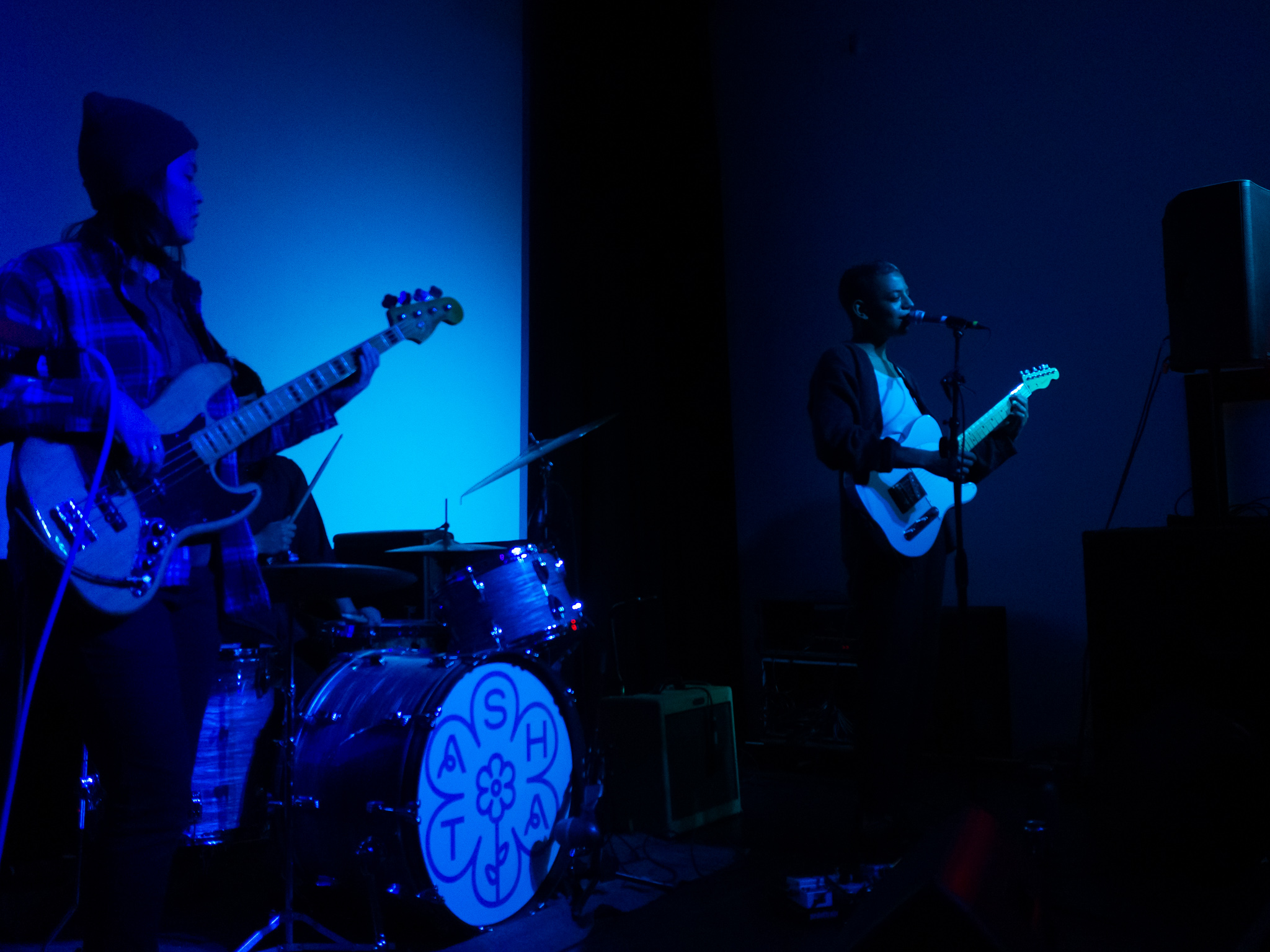 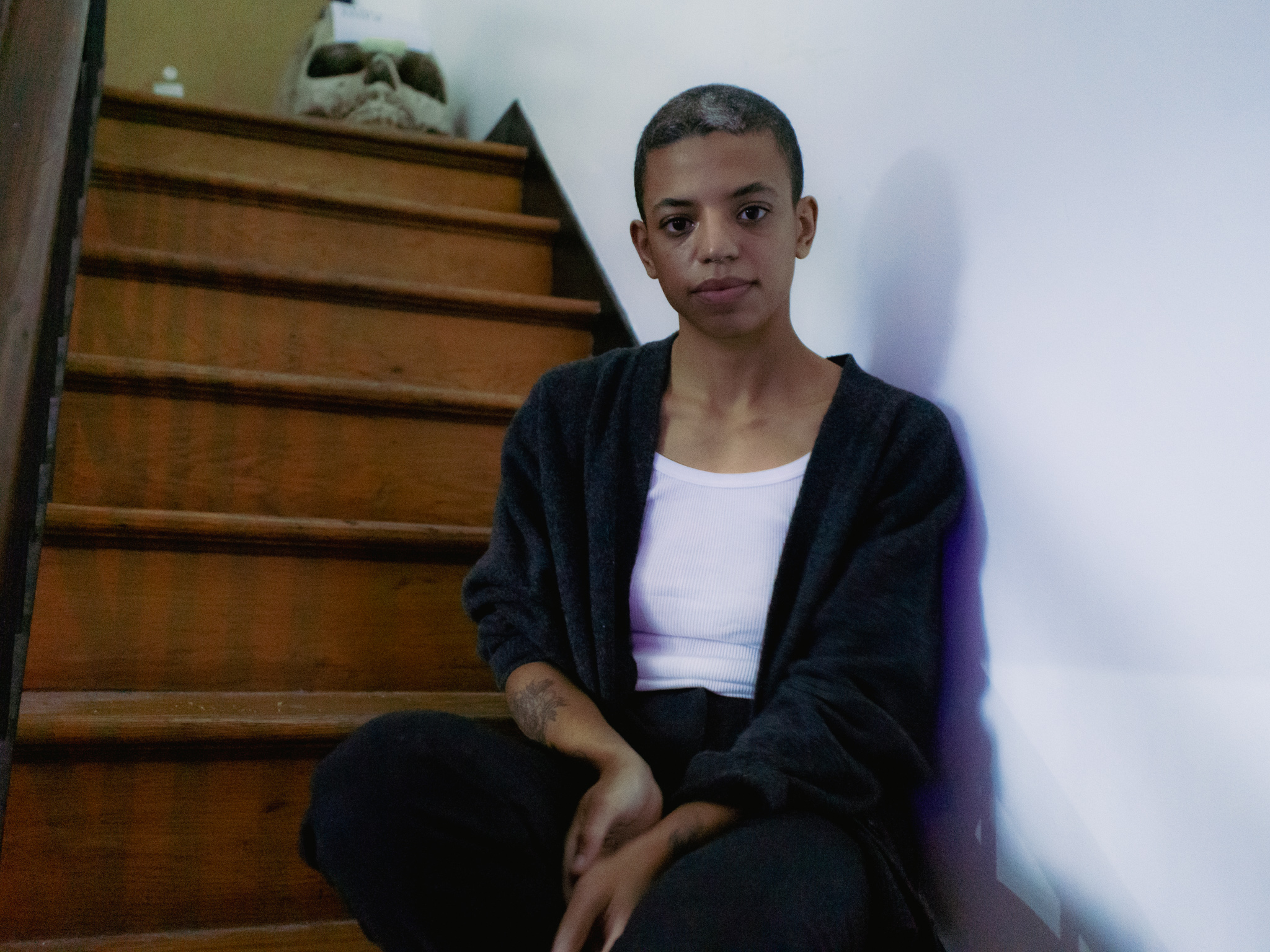 SH: How would you suggest someone listens to the Tell Me What You Miss The Most for the first time if they can’t see you live on tour? What would be the ultimate listening experience? What ambiance would you set?

Tasha: That’s a great question. There are different moments. I think some moments on the record are really good driving songs, like long drive, I feel like that’s one of my favourite ways to listen to music because I can just really zone in on it. I also like sitting at home, maybe cleaning? Because I feel cooking maybe you’re too a bit distracted and you don’t really want it on in the background… Or doing some kind of passive activity. Maybe you’re doing a puzzle or something like that. I feel like that is a nice way to have the record on.

Tasha: No, not sleepy, but definitely cosy. Oh, and then maybe a walk. A long walk. A 35/40 minute walk listening to it.

SH: What time of day? 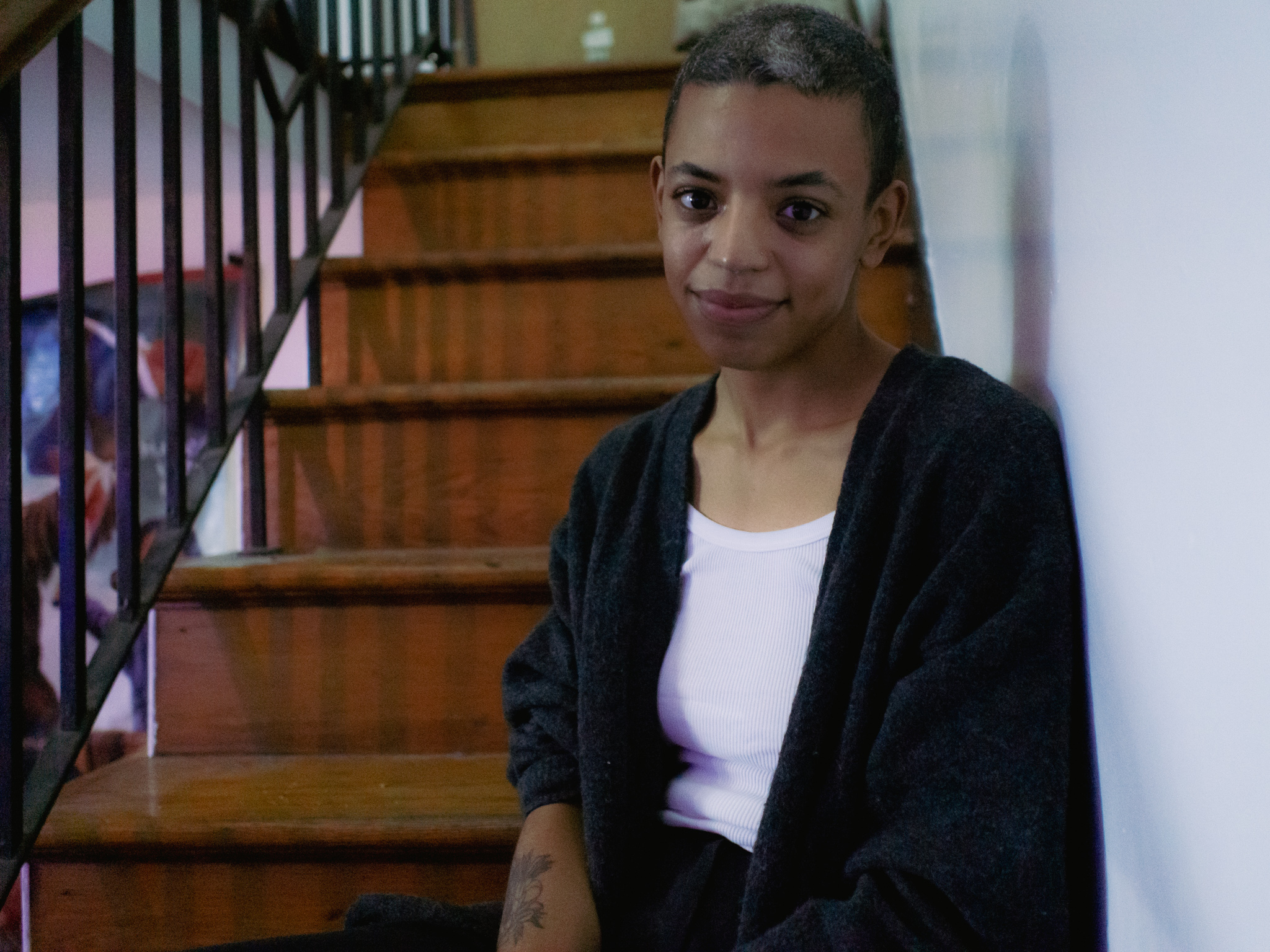 SH: How’s it been getting this recognition coming-up in the Chicago scene, which is known for its music in many different ways. People hear Chicago, they think Kanye and such. What’s the indie scene like there from your perspective?

Tasha: I think Chicago has an incredibly rich, independent music scene. So many of my favourite Chicago bands and friends have come-up in the same scene together and there’s actually a lot more crossover than people realize. Someone like Chance the Rapper who came up in the independent music scene and is friends with a lot of the musicians that are playing indie rock right now. A lot of those ties are really old, but even for newer folks, I think that it feels really small and it feels really tight knit, it’s incredibly mutually supportive. I think just like any scene anywhere, you’re going to have weird, hierarchical things that come up and success just makes people do weird things no matter what. But that being said, I do feel like there’s I think folks who live in Chicago or are from Chicago love the city so much that they’re really always down to support the place they’re from and support other folks doing the same thing.

SH: The music scene there is a bit underrated.

Tasha: I think some of the best bands, honestly making music right now are from Chicago.

SH: That leads into our next question, which Chicago bands should we be listening to now? Who should we add to our playlist?

Tasha: It’s not necessarily new but I think Lala Lala put out a great record this year. The band Deeper is one of my favourite Chicago bands, they put out a record last year that kind of got lost in the COVID sauce. That and they’re just an incredible band and great live. There’s so many.

SH: Thank you for making such gorgeous music. What’s next for Tasha?

Tasha: I am excited to be in a touring zone right now. I’ll do another North America and Canada tour with Nilüfer Yanya in the spring (dates below). Then hopefully, just a lot of quiet time between now and then to write and rest.

SH: The last question, any advice? It doesn’t have to be about anything in particular, but just whatever you’re feeling right now that more people should know. Anything you want to share?

Tasha: In a job that is making music, especially right now that when you have to be so online and there’s so much self presentation that goes into it, I think just remembering why you want to do it in the first place. It should never be for anyone or anything else but yourself. Like really trying to figure out how to ground yourself in that definition as much as you can and not forget that. 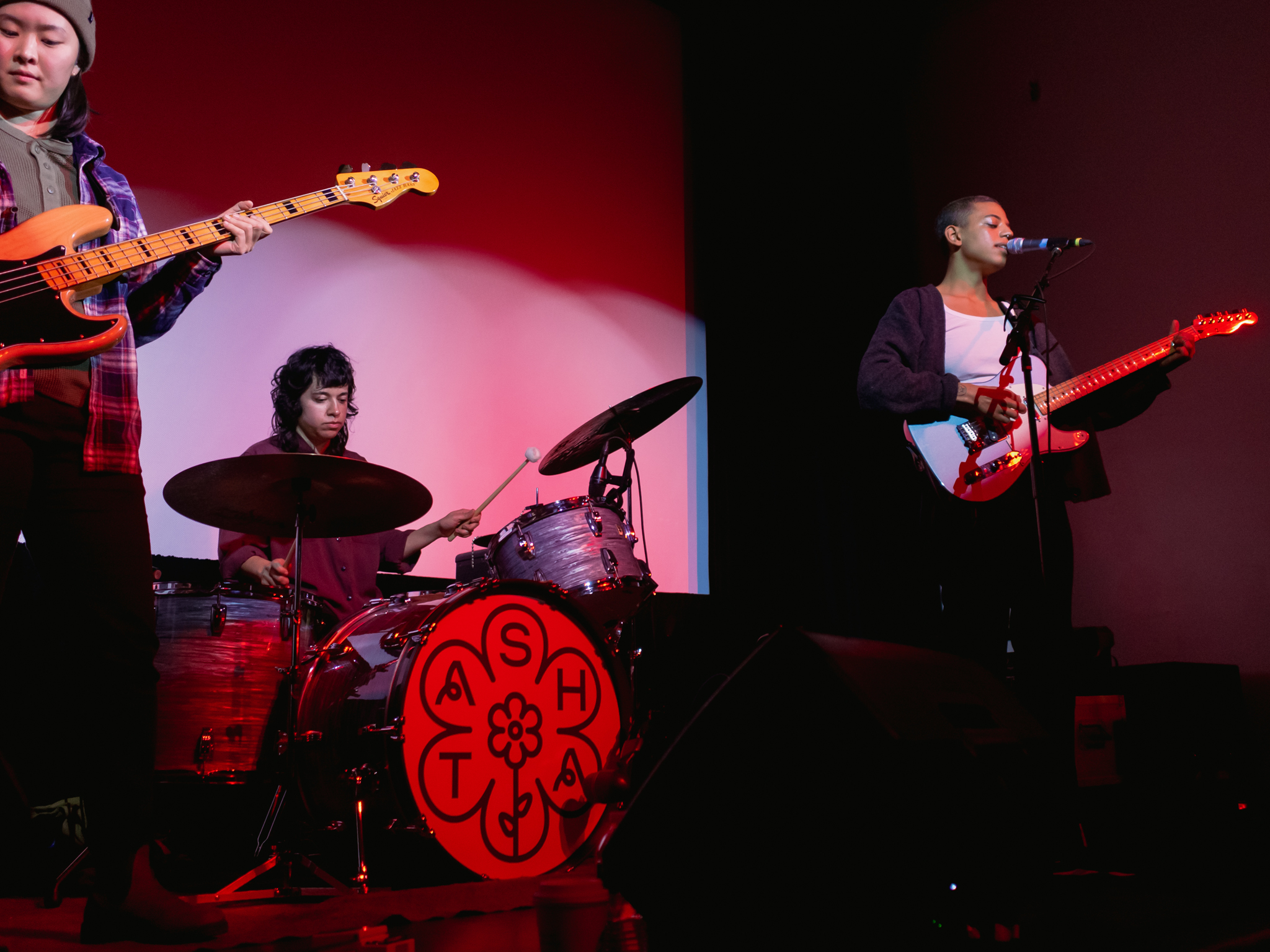 Listen to Tasha’s second album Tell Me What You Miss the Most via Father/Daughter Records on Apple Music here, Spotify here or buy it on vinyl, CD or cassette here. In addition to that there’s an exclusive baby blue vinyl you can only get via Urban Outfitters. Tasha also has some very rad merch that says “Hush Now You Are Safely Held” that we think is pretty nice.

Catch Tasha on tour with Nilüfer Yanya at the dates below… 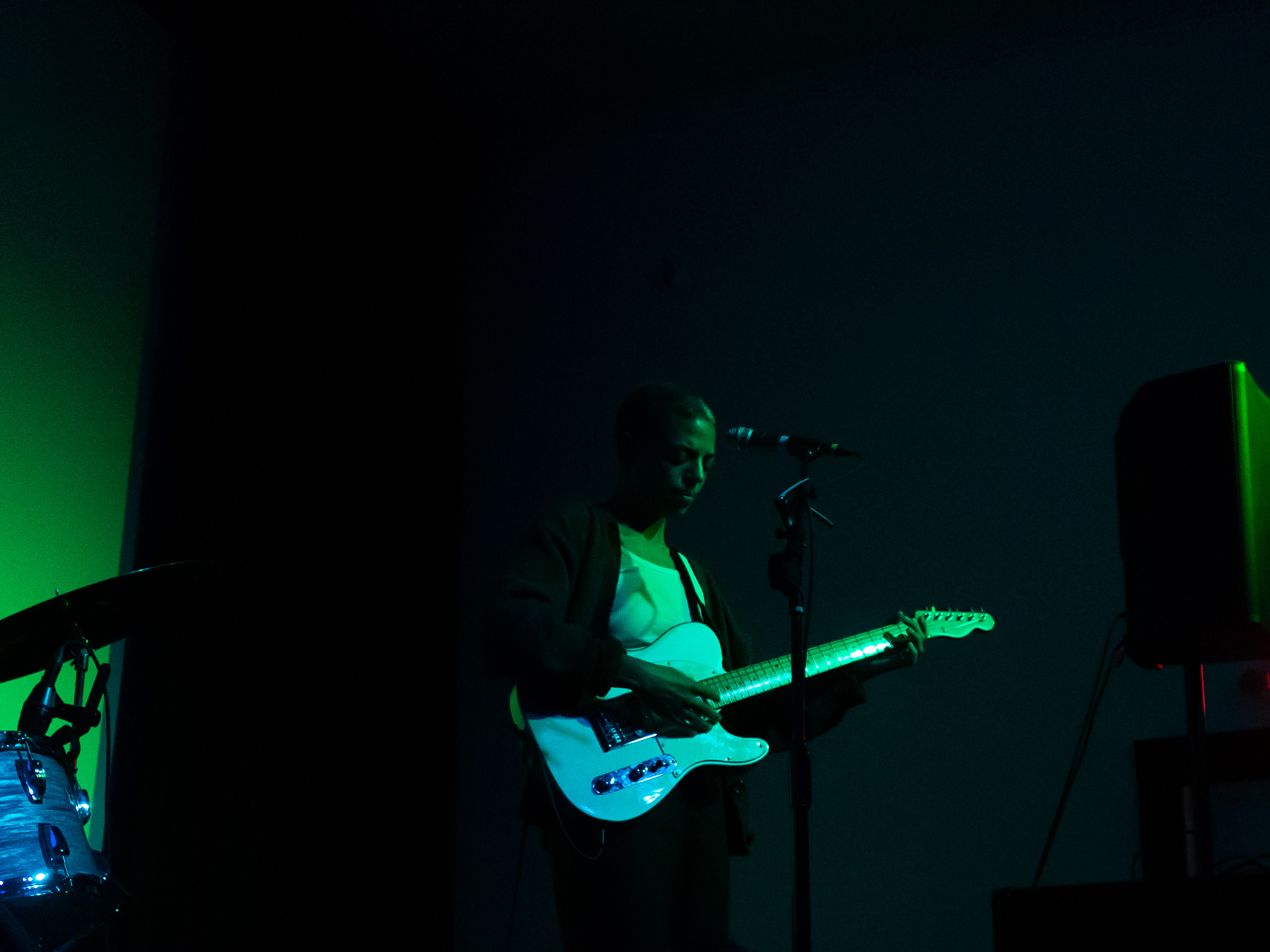 * All photos by Kate Killet

This interview has been edited and condensed for clarity