Puffy L’z loves Regent Park. A huge smile stretches across his face as he takes me through the newer, gentrified parts of his Toronto neighbourhood to the older housing projects where he grew up. “These are the old buildings, you know? This is the real Regent Park.”

The 23-year old rapper is one of the well-known faces in the neighbourhood – partly due to his local success as an artist and member of the Halal Gang/878 Dream Team collective (SAFE, Mustafa the Poet, Young Smoke and the late Smoke Dawg) but a chance opportunity to open for Drake on the European leg of his Boy Meets World tour quickly catapulted Puffy into stardom and secured his position as a Regent Park legend.

.After a short creative break, Puffy has returned with his debut project. The long-awaited 13-track project, appropriately titled Take No L’z, is a fantastic demonstration of Puffy’s diversity as a rapper. Straight-up rap songs like “Front Gate” feat. Giggs and “Boring” feat. Jay Whiss and Smoke Dawg will please any loyal Toronto rap fan but those in the mood for summer vibes will be presently surprised by “Best of Me” and the SAFE-assisted “Big Timer.”

Read the full interview and stream Take No L’z below.

SIDEWALK HUSTLE: I want to start back in 2017 when SAFE, Smoke Dawg and you were on that Converse billboard at Yonge & Dundas. That was a crazy moment in Toronto rap history. What sticks out in your mind when you think back to that time.

Yeah. And we were shocked too, still. But there was a lot of love from the community.

Did you know those images were going to be on a billboard at Yonge & Dundas?

Micki [Benedetti] told me last minute that they were trying to get on a billboard.

Wow, that is sick. I love that you got a billboard for this new project too. And that photograph is of your mom, right?

That’s my mom carrying me. I found it. Everybody has been doing the same shit for mixtape art so I wanted to shake up the streets and do something different.

Lots of classic rap albums have had baby photos but it’s so cool that it’s a photo of you and your mom. It’s cute for your mom and your family but it’s also hard when it comes to rap shit.

Yeah, it’s hard. And everybody has baby photos so they relate. 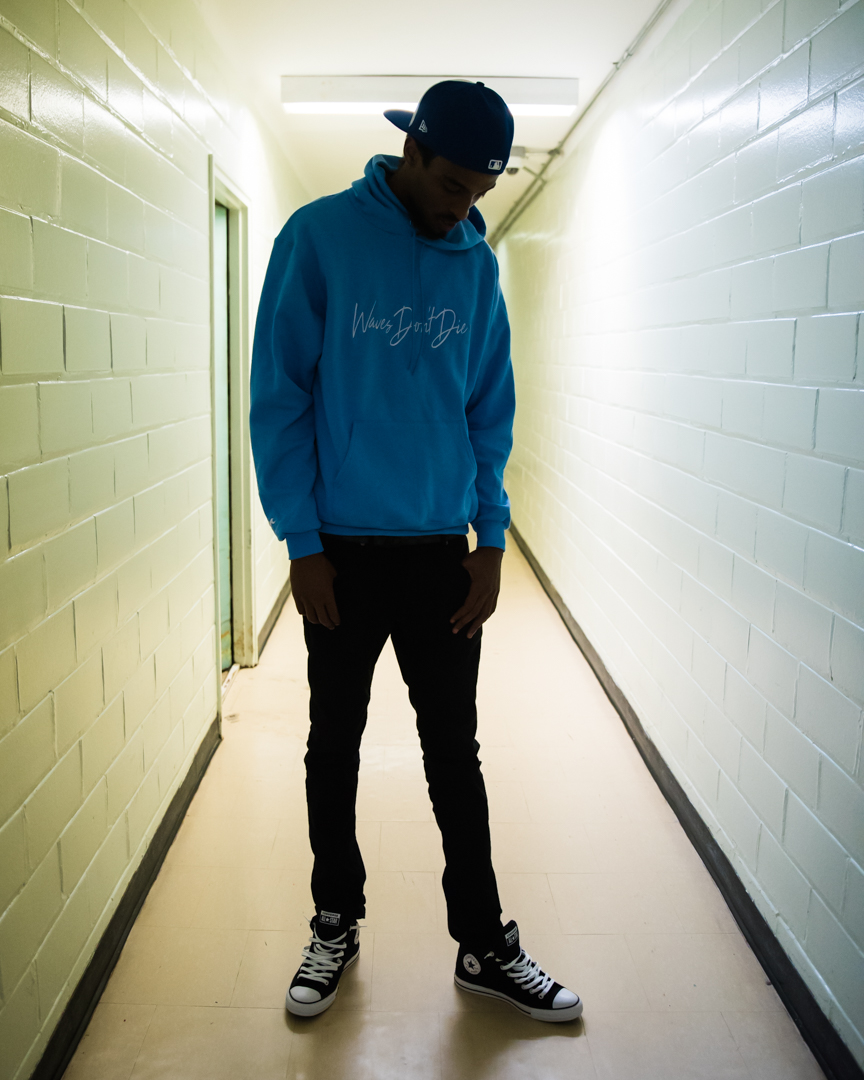 Those first couple of summers when Halal Gang started popping were crazy, like 2016 and 2017. You guys were doing popping shows and kids knew all the words. White kids, Asian kids, Middle Eastern kids – all screaming “AWHOOLAY!”

There was something about it. It was natural and organic. You couldn’t force that. That’s just a bird call we made a couple years ago.

And “Take No L’z,” that’s always been something the kids connected with.

It’s about the message. Of course I’ve taken L’s in my life but that’s the motive – “Take No L’z.”

The music didn’t change, it just got realer. Before it was just bangers – I can still make bangers – but now it’s just deeper. I have to rap about what I’ve gone through in life. I feel like I have more to talk about now. The bangers are still there but they’re just catchy turnup songs. These songs have meaning, that’s the difference. I knew what I needed to say.

“Front Gate” is a huge record. It’s dope to see you dropping a track with Giggs, he is a certified OG in the UK. And I love that the video was filmed in the UK.

Giggs is my guy, that’s my big brother. He’s certified. We connected with him in 2015 when he jumped on the “Still” remix.

That’s crazy. He’s part of a class of rappers out there that just get a certain level of respect. Does being around him make you think about your reputation and how people are going to think about you?

No, I don’t think Toronto is there yet. We’re getting there but it’s still so early.

You’re right, it seems like some of the legends out here like Maestro Fresh Wes or Kardinal Offishall don’t even get the respect they probably should.

It’s hard, bro. Maestro especially. Kardinal should be getting way more credit for what he did.

I love the “Do For Clout” skit on the new album. That must have been based off real conversations.

“You see me requesting to be in your Live!” That’s so funny.

Right? Come on, man. We’re not into that. That’s chasing clout. We don’t do that in Regent Park.

Is that you talking to yourself?

Yeah, yeah on the recording. But it’s not me, I’m mocking that clout chasing.

Are you going to do more traveling this year?

Definitely. I want to hit the US market.

Is there anyone else in Regent Park I should be listening to right now?

That’s sick. It will only continue to build and build.

Life is just ups and downs – it’s a journey, you know? Time passes and things change. I’m just trying to get through it.