Not long ago, chill indie outfit Porches released their debut full-length on Domino. Titled Pool, it’s a refreshing, relaxing and comforting listen, much like diving into cool water on a hot day or the first sip of warm apple cider when it’s just a little bit cold out. We caught up with Porches frontman Aaron Maine on a rainy day and talked about the making of Pool, New York and ping-pong. Check out our interview and photos below. 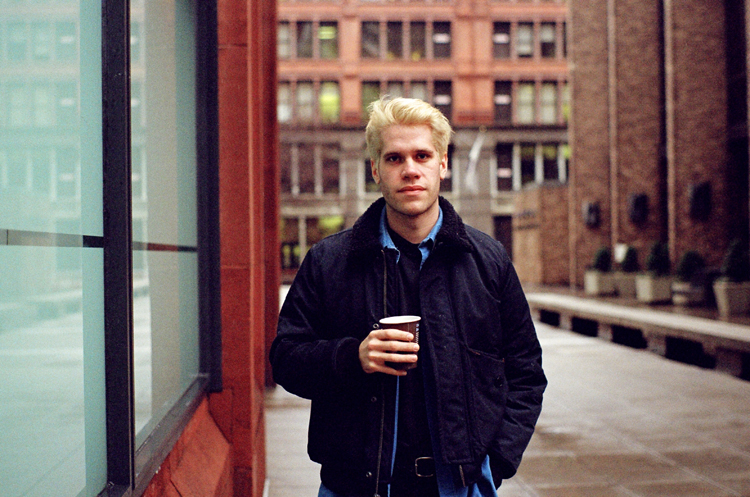 Sidewalk Hustle: Do you listen to other music when you’re writing a record or do you shut everything else out?

Aaron Maine: I think I used to not listen to much music, kind of in general, and just focus of making it instead, but the last record? Definitely. I found it really useful to step away. Listen to someone’s else music and reference that or just kind of hear what other current artists in particular are doing. I try when I feel stuck to just listen to the newest thing. Cleanse the pallet.

SH: What were you listening to when writing Pool?

AM: I really got into Kindness and Blood Orange. Those were really big. Kelela too, the production aspect of it I found really inspiring to draw from. Arthur Russell too, the electronic experimenting he was doing, I felt that was exciting. Like “I’m here, I don’t know what the fuck I’m doing!” He just had such a different approach.

SH: You recored a bunch of Pool at your spot. What kind of environment do you like to create for yourself when you’re writing and recording?

AM:  I like it to be clean. That’s one thing, I try and keep it somewhat tidy. I’ve got some paintings hanging up that my dad gave me. He found these two paintings he made in high school that I really like. We went to the same high school, so it’s really a trip to imagine him at 16 painting them. Candles sometime if I’m doing a vocal take, to really get in. Magazines to just look at something nice.

SH: What are the paintings of?

AM: They’re both kinda of cityscapes, but they’re off in a weird way. They don’t look like a real city. It looks like what someone would imagine a city looks like, but they’ve never spent much time in one. 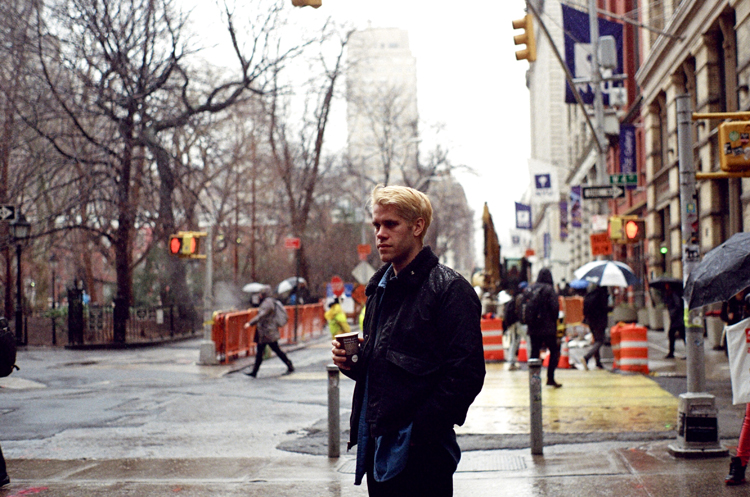 SH: How do you like to spend time alone, other than writing music?

AM:  That’s it. I feel like if I’m alone I like to be writing music and listening to music. Looking at stuff? I don’t know, What do I do? I don’t know how people do anything but the one thing that they do. I don’t like being alone that much, unless I’m recording and I feel like that’s really special, but if I’m not doing that I like to play ping-pong.

SH: If you’re feeling depressed, how do you get out under the dark cloud?

AM: Damn. Write a song. It’s the best, if not the only way I can bring myself out. That feeling to me is like a super high. It feels really good to make something.

SH: You create your own silver lining?

AM: Yeah, I really do. It’s like the only remotely competitive thing. I played it growing up on and off and always enjoyed it. It’s just nice to do some activity. It gets more fun the more invested you get in it. I’m not bringing a change of clothes to change into though. 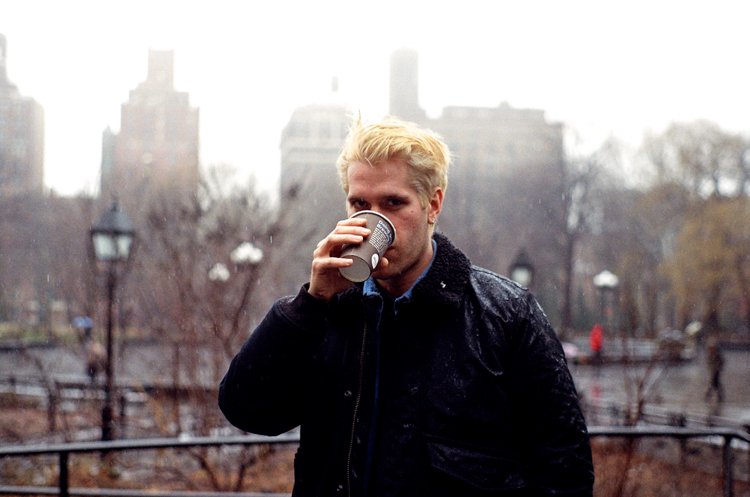 SH: Favourite things to do on a rainy day?

AM: Drinking coffee. Recording, although I can’t do vocals because the rain smacks the air conditioner. Sleeping. Staying in bed.

SH: Do you remember your dreams?

AM: I wish I did more often! My girlfriend (Greta Kline AKA Frankie Cosmos) remembers them every night. I’m jealous. I wish! I think it’s nice. Maybe not, some of her dreams are dark. But I like that shit.

SH: You can train your brain to lucid dream.

AM: I remember reading about that, you set an alarm and repeat some sort of mantra.

SH: What do you think is the biggest misconception about New York?

AM: Probably that there’s a “scene.” A lot of people ask about the scene. There’s a group of people but it’s such broad thing. It’s not like a “you’re in or you’re out” thing.

SH: If you could live anywhere in the world where would you wanna be?

AM: I think I’m here now. I’m where I wanna be. If not now, eventually sure Paris would be sick to live there for a little bit, but right now I don’t wanna be anywhere else. 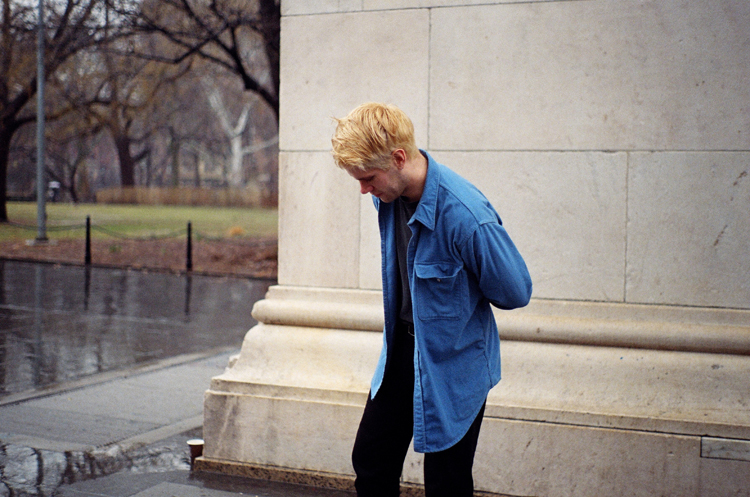 SH: What inspires you about New York?

AM: I just like the pace. I get really into my thing and then I like being able to stop and go out and see someone and it’s so easy. You don’t really have to make any plans, you just hit someone up or walk around. Step out of your zone.

SH: Do you think you fall into any typical New York cliches?

AM: When people are not using proper sidewalk or subway etiquette, I never say anything out loud but my gut reaction is “I’M WALKING HERE!”

SH: Any underrated spot in the city that you enjoy?

AM: Fat Cat, this jazz club in the West Village. Maybe it’s not underrated… it’s kind of a dump. But it’s cool, the musicians are insane and there’s a $3 cover all night. It’s a weird scene there, a lot of younger professional West Village bros. The jazz doesn’t attract the audience you would expect. Bros blowing off steam so that sucks, but it’s a chill place.

SH: There’s a lot of comments about how Pool is “water based” – any elements you wanna dive into yet?

AM: (laughs) Someone yesterday during an interview was like “So I’m 80 percent sure this is a concept album” and I was like “Please, show me! I’m dying to know what I’ve created.” Any other elements? Fire! I don’t know… copper.

SH: How do you want people to listen to the record?

AM: Driving, night time, in a car. That’s my favourite way. Alone or with a loved one. 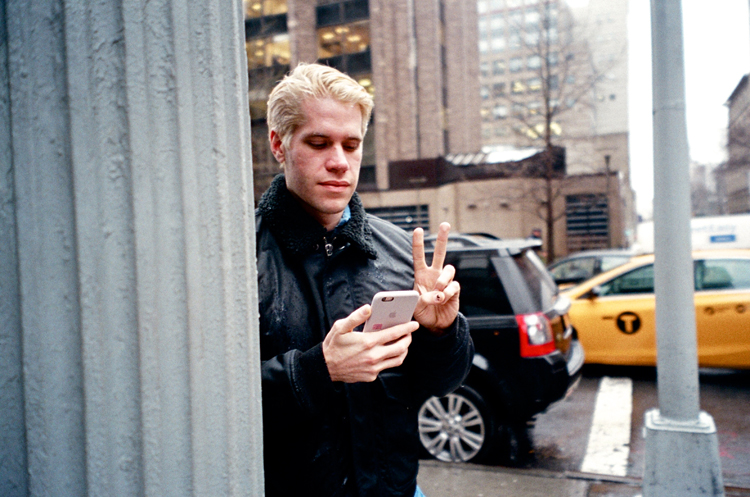 Pool is out now via Domino. Grab the vinyl here or grab it via iTunes here. You can also catch Porches live with Alex G and Your Friend at one of the dates below.