If you’re aware of the Montreal rap scene at all, you’ll probably already know about Nate Husser from his work with The Posterz. Since the group’s last release, Husser has been putting out some solo tracks of his own and showing off his own shine. He was featured on the Charlotte Cardin hit “Like It Doesn’t Hurt“ and stars in the steamy video to match (which is clocking in at over 5 million views already). This past fall, Husser released his banging debut EP, titled Ghetto Rock For The Youth. We caught up with Husser one chilly Toronto winter day and talked about what inspired the EP and all his dream collaborations. Check out our photos and chat with the eccentric Nate Husser below. 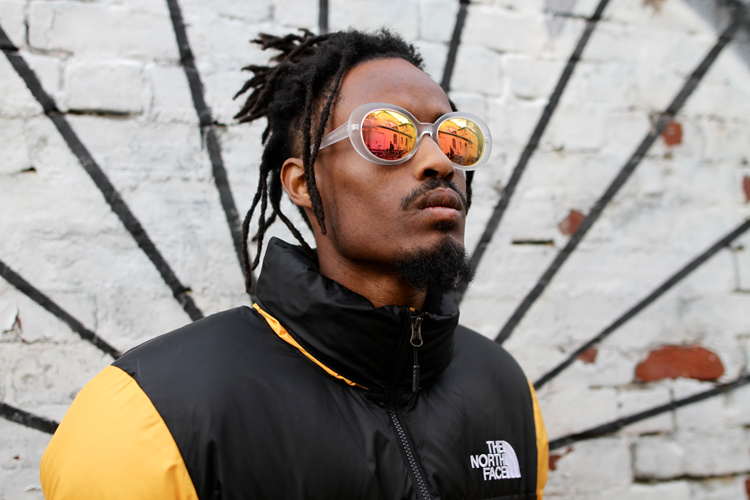 Sidewalk Hustle: So…let’s kick it off first talking ’bout fashion. You reppin’ that Hayley Elsaesser look right now, reppin’ that Toronto; what does fashion mean to you?

Nate Husser: What does fashion mean to me? I don’t really involve myself that much actually in fashion ya know? I don’t really buy clothes and shit…I just get stuff along the way…

And catch a vibe?
…and make it look sexy. I wear what I like to feel comfortable in. Most of the time we be in sweats like Adidas track pants. That’s it man. Don’t really be dressing up so fashion ain’t much really of a priority to me but I make the pieces count.

And comfort being key is a huge thing, cuz if you feel comfortable you feel confident. You’re not like worrying about something pulling somewhere.
Exactly. Can’t have that on your mind all day like… fixing your crotch and shit…

There’s already too much shit to worry about in the world.
Right.

On one of your songs you say you’re like Ryan Gosling… so how are you like Gosling? How do you relate?
In the movie Drive he’s a professional driver…and he’s sick, driving and stuff…

That’s the vibe?
He also has a scorpion on his jacket…he’s a Scorpio and so am I. He’s slick and he’s cool…ya know what I’m saying? He doesn’t say a lot of words, he’s ’bout that action… and that’s it.

Speaking of innovation. Your debut EP, Ghetto Rock For The Youth, is one of your first projects released outside of The Posterz. What excited you about going solo?
Just being able to voice myself ya know? That’s it really. 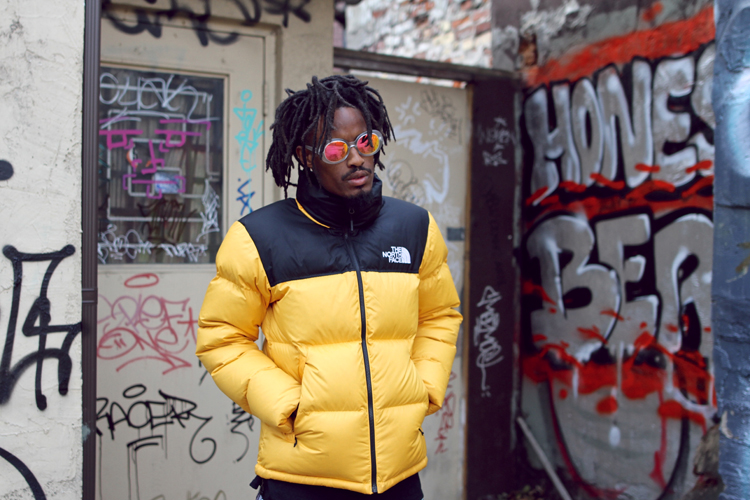 You’ve said the new EP is inspired by rock, what are your rock influences?
Coldplay. Rage. I would say those 2 as the 2 mains. Coldplay and Rage, obviously you know Nirvana and shit. I also fuck with Arcade Fire heavy, and they’re from MTL too.

On Ghetto Rock For The Youth you have a track named “Marshall Mathers” ‘cuz you couldn’t name it “Eminem type beat” (because copyright). What would you say to Eminem if you had the opportunity?
I’d be like “Yo…bro…when I was 10 years old… you were the first mother fucking music I ever downloaded off Limewire and put on a CD to burn.” I was burning CDs with Eminem and shit, he had the first lyrics I was memorizing and all that. That’s big to me. He was the first wow factor rapper. That jaw dropping like, “How the fuck did he? What? Who thinks of that?” Ya know? so that’s what I’d say… And I’d say, “Yo sooooo whaaaat do you think of this song?”

How’d that Charlotte Cardin collab come about? For people that are like unfamilliar, she came from a very like American Idol sort of pop game which is very different from what you’ve done before.
Yea no, we grew up together in the hood ya know?… *laughs* Naw I’m just playing she’s not. We at the same label, so we’d always be running into each other. One day I was doing some commercial shit in the studio, and these people that were working there showed me this new track she was working on which was like *that song*. They were like “Yo what do you think?” and I was like “Whaaaat this is sick!” Then one thing led to another & one day they’re like “Yo we’re shooting the video” and I was like “What?” They showed me the treatment and I wasn’t even down for the video at first. I was like, “Naw this is not me…I ain’t gonna be kissing her and all that shit.” Then they convinced me and I was like, “Fuck ok you know what…it could be good.” The director had some nice credits and it turned out to be a great fucking turn out. A really great turn out, it’s an amazing piece of work.

Do you call yourself a feminist?
Yea. I have a hat that says Feminist too! I’m a lover of all people…It’s all peace and love. I grew up around a lot of women, I got 4 sisters & a mom. I got a lot of respect for women, even though people be throwing around the word ‘bitch’ and shit… even me…
there’s reality and then there’s like…what’s *not* reality. Whatever bro… You just gotta know how to keep it real… Everyone’s fucking human at the end of the day. 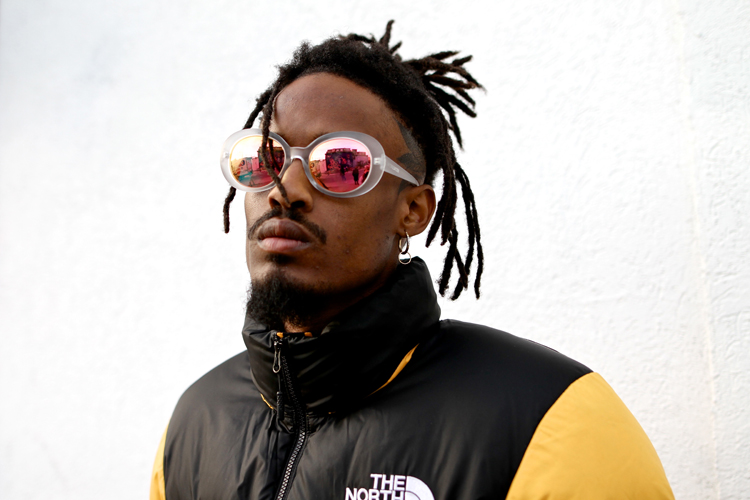 Are you working on an album?
We got new shit coming out with my collective Thug Mansion Family ‘TMF’. Bunch of artists and associates and homies and shit from out the city just bubbling all that talent that’s underground. We gotta fire ass tape that’s coming out really soon…

On the underground tip, who are the people not paying enough attention to? What acts are you like “why the fuck aren’t people listening to this shit more?!”
Ummm Nate Husser…

Lastly…any advice to anyone in general? What advice would you give out to the world?
Ooooohhh what should people live by? GET SCHWIFTYYYY! Naw I’m just playing. *laughs* DJ Khaled already said everything, “Don’t play yourself” like…that’s the key right there. I dunno man just do you… That’s it. Just do you. Do right. 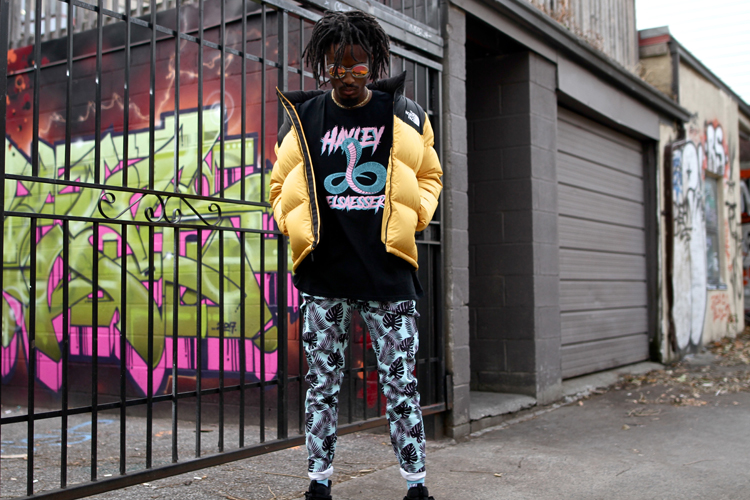 Ghetto Rock For The Youth is out now. Grab it here.