15 Minutes with Madeintyo and 24hrs

It’s obvious that Madeintyo and 24hrs are brothers.

Whether they’re performing on stage together or just chatting about the next move, there’s a natural chemistry between them that’s propelled them to the forefront of contemporary hip hop. Previously known as rapper Royce Rizzy, Twenty stepped back from his solo career to develop a rising Madeintyo (who was attracting viral attention with singles like “Uber Everywhere” and “I Want”) before launching a second career as illusive R&B sensation 24hrs. Fast forward to 2017 after being listed as a 2017 XXL Freshman  he’s released a new album True’s World, and is headlining his own 27-date tour with his older brother providing opening support.

We recently caught up with the brothers after their show at The Mod Club in Toronto to discussed True’s World, having a baby in the family, touring with Big Sean, running Private Club Records and more.

Sidewalk Hustle: How did you guys feel going into this tour? Tokyo headlining, Twenty supporting, it’s a cool dynamic.

24hrs: It feels normal like I’m just going out with my brother. I was on other tours and I didn’t even go over to the other bus. Shit, I might fall asleep on Tokyo’s bus! We’re brothers.

Madeintyo: You mean I get to go on tour with my brother, ride on the bus, do shows? Like it’s my job? It’s lit.

SH: People always ask what Tokyo has learned from you [24hrs] because you’re the older brother but can you identify something you learned from Tokyo?

24: People may not hear me say that “I’ve learned this” or “I’ve learned that” but I’ve learned to relax. Growing up, Tokyo was the more aggressive or energetic one but I’ve been in the rap game for a long time so certain things make me agitated. Now it’s him telling me to chill and let things happen. 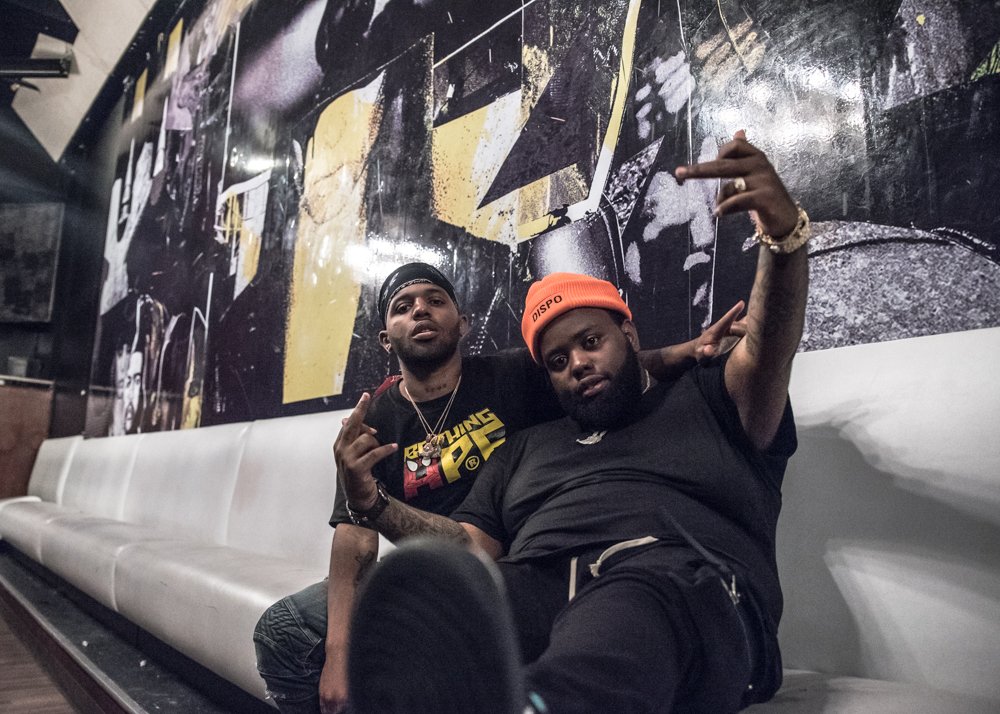 SH: Have you learned anything from Tokyo in the process of him becoming a father?

24hrs: That’s a hard one, there are so many things. None of my brothers have had any kids so you can ask any of us – we all feel like we had a kid too.

SH: True must be the center of attention.

24hrs: True is so blessed. Tokyo is going to find thousands of dollars tucked away in certain places and call me up one day. But yeah, I learned to relax. I already knew this but I learn every day that we have to stick together. Any song he wants to work on, whether he needs $5 or $500, there has never been a day where it was like “fuck Tokyo.” If I can’t figure it out, we’ll sit there and figure it out together.

SH: Is there anything you learned from Big Sean when you were opening on the I Decided. tour?

Tokyo: We actually kicked it more than I thought we would. For me, I learned about being on that schedule and being on those stages. But watching everyone around him, his family, his circle – they’re all the same people. And he’s gotten to that level and is still humble. You know, I have a lot of brothers and I don’t call all of them ‘bro.’ But Sean has my back. I think he showed me that you can still be humble and still be human. People got this vibe that artists aren’t human. I plan to continue to be that way and spread that humbleness and that light. 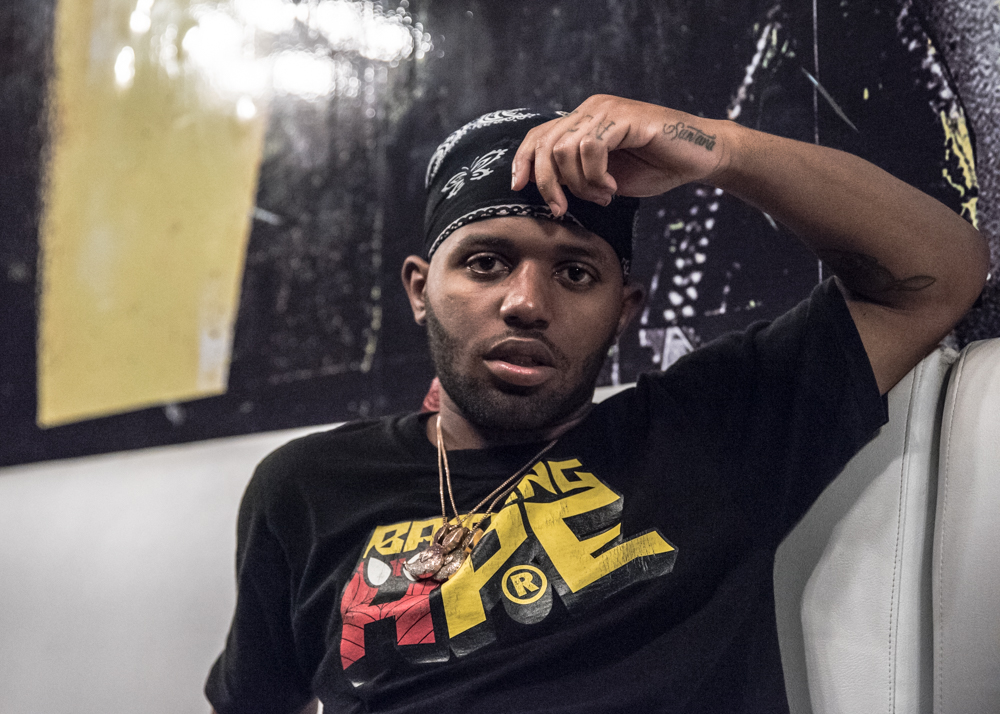 SH: I don’t want to ask about music too much, but the song “True’s World” feels really personal. Did you feel like you were making it for someone? You mention a lot of people like True, Twenty, your fiancée Distortedd, your mother – even your fans.

Tokyo: It is a really personal record. I felt like I was just talking out loud, exactly what I’ve been thinking about.

24hrs: Tokyo did that verse in like 30 minutes. It just came so naturally, each line. “True trying to crawl” – he did. “Me and my brother running through school” – we did. And his fans like to turn up so he knew he wanted to do that “True’s World! True’s World!” And I saw it work tonight, he snapped. He knew exactly what he was doing.

SH: Do you worry about Tokyo recording these R&B tracks like “Eating” – could he come for your spot?

24hrs: Nah, haha. If anything, people might think we’ll do a whole singing thing together. Coming for my spot, we’re eating, boy! 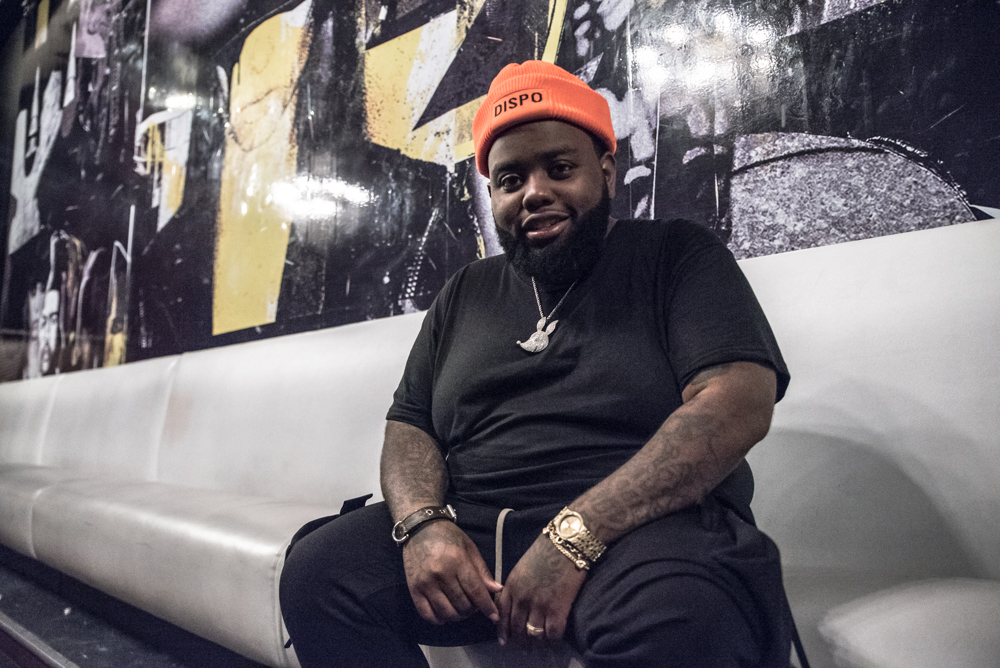 SH: Speaking of R&B, can you tell me about your relationship with Roy Woods?

24hrs: Roy was a fan of Tokyo but hadn’t met him. When I first came to Toronto, we did that MadeinMurda project with Murda Beatz and tried to do a beat switch up for a harder sound. We found out that Murda was cool with Roy and it’s been family since we all met. Tokyo’s got songs with Roy, I’ve got songs with Roy, we’re working.

SH: When you were working on launching the 24hrs music, you were actually Royce Rizzy and had a number of connections already, but fans obviously didn’t know that. How did you make the decision to choose people like Yo Gotti and Gucci Mane?

24hrs: I got everyone that I wanted to get. I saw HotNewHipHop write that in 2016 and 2017 I had features from Yo Gotti, Gucci Mane, Carnage, Post Malone, Ty Dolla $ign, Wiz Khalifa, Juicy J and G-Eazy. I’m a good person, I’m good to everyone that I meet. I brought RamRiddlz out tonight, we’ve never met in person but I know about his songs. I would probably do a record with him if he hit me. We’re all working man – some of our fans would be surprised by RamRiddlz but some of them would think it’s lit that we’re doing that in Toronto. Murda Beatz had them going crazy and he’s not even a performer.

SH: How do you take the experiences you’ve been through and help guide your newer artists on Private Club Records like Noah Wood$, Salma Slims and MyNamePhin?

24hrs: Show them. You can’t physically make somebody a star. Even when Drake blew people up, he couldn’t make them as big as him. Why? You can show them, you can help them, but you can’t make somebody a star. Noah had never learned about riding on a tour bus before. Shit, Tokyo had a tour bus before I had one. I got my own tour bus on Tokyo’s headlining tour. Maybe we’ll bring six artists around us and two of them will get successful. But it’s when they see what we’re doing and learn from it. We keep it in the family.