Maddee is just trying to be the Bobby Caldwell of her generation.

The 19-year old Toronto native found her voice in the practice room of her Grade 12 music class. A broken heart inspired Maddee to start creating music of her own but nowadays she is years (and miles) ahead – the singer/songwriter closed out 2017 with a performance at The Drake Hotel and is preparing to release her first project following her stellar debut singles.

We caught up with Maddee and talked favourite bands, musical therapy, King Krule, parents smoking weed, her forthcoming debut EP and more. Check out the full interview below. 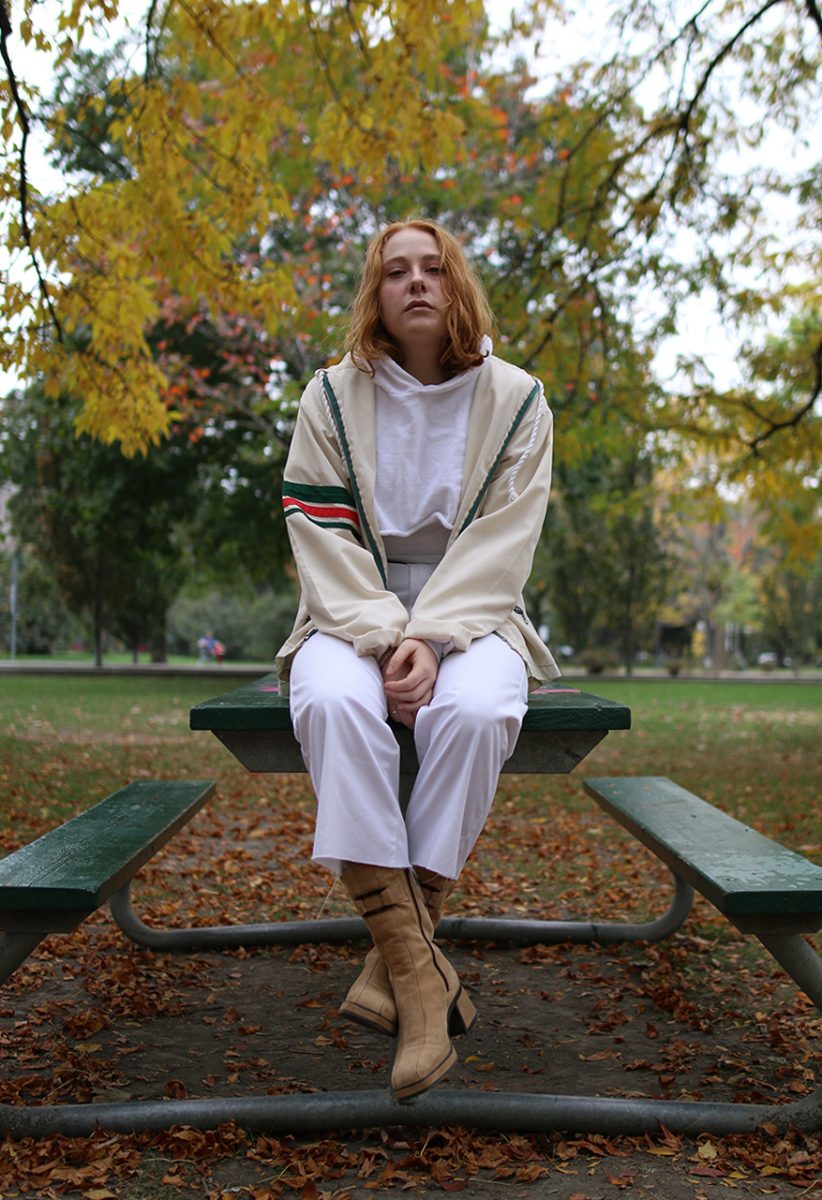 Sidewalk Hustle: Where did you grow up and how did that affect your relationship with music?

Maddee: I grew up in Toronto – no one in my family is a musician – but my parents were super laidback about it. They were always playing music when I was growing up, like Sublime, Jack Johnson, The Tragically Hip, Bob Marley – that was the music I grew up around.

“That’s what that smell is”

Yeah! I grew up around a lot of music and stuff but making it myself was my own discovery. A lot of friends of mine that are musicians were influenced by their musician parents but I’m not really sure how I stumbled upon it.

Where did this vision of “Maddee” come from? How did you know you wanted to do your own thing?

I had a group of friends in middle school and we were really into all these bands like Two Door Cinema Club, Born Ruffians, Tokyo Police Club. I remember we loved Said the Whale. We would go to all these shows and I would see these bands performing. I think that’s when I figured out that I wanted to do this. When you’re 13 they all seem larger than life but I realize now that they were probably super broke too and just trying to make it.

Just the idea of “being in a band” seems so cool in high school.

Yeah, I just knew I wanted to be in a band. I didn’t know what I would do in the band but I just wanted to be in one. It wasn’t until this year that I even got to play with a band.

When did you start taking music seriously?

Grade 12 was the year I learned piano and started writing a lot of my own music. That was the year I worked on my EP the most – I had gone through a heartbreak and was so heartbroken and upset and it seemed music was the only way to work it out. And it was the best way I could express it. It’s its own kind of therapy in a sense. I’m past it now but I’m thankful that I was able to make something from it. It’s funny.

Do you have a favourite part of the process of creating a song?

When I was making music alone with just a piano, finding a progression and starting to write to it used to be my favourite process. I just have a keyboard now so it’s not the same feeling anymore. But whether I’m working with a producer or another artist, finding the progression and the melody and visualizing where the song is going is super exciting.

So it’s not really just you in a bubble anymore – there is a bunch of people around.

For me, I can be independent like that but I really like working around other people. I kind of need that energy to build from. I’m not musically talented – well, that’s not the right wording – but I can’t play all the instruments. I know a little piano, a little guitar, a little bass. Some musicians know what chords work well together and I just play stuff until it sounds good.

Tell us a little bit about your forthcoming debut EP – do you have a name for it?

Not yet! I’ve been going back and forth between a few names. 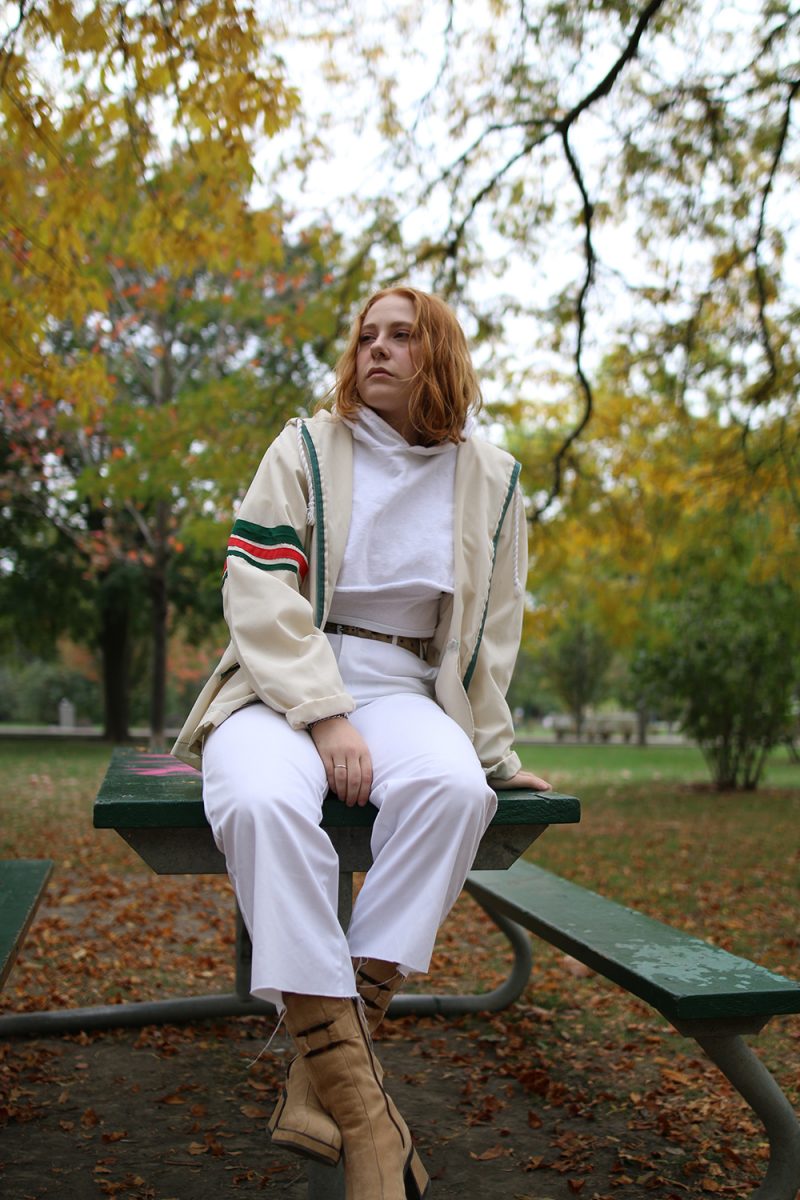 Right? Well, most of the EP doesn’t really follow the exact format of classic R&B or classic pop – there’s a lot of weird shit happening. There are songs on it that I wrote as [the heartbreak] was happening and there are songs I wrote a year later when I was getting over it. It’s the whole process of me getting over it. Figuring out who I am when I’m alone.

We are so sorry we missed you at The Drake Hotel! How was that show?

No worries! That was a super fun show. I played a cover of Bobby Caldwell’s “What You Won’t Do For Love” – that’s my favourite song right now. It was also the first time I’ve ever played guitar with my band in front of an audience. I was super nervous but it was super fun.

Last question! What are you listening to these days?

I’m really into King Krule’s album right now. I’ve loved King Krule since his first record. His records I never grow tired of. I can listen to him anywhere, anytime. Nick Hakim’s new record. Lots of weird production. Sampha’s record, I really like that. I’ve been listening to a lot of Bobby Caldwell recently. “What You Won’t Do For Love” is my favourite song right now. I’m all over the place but I think I’ve found a cool balance.

This interview has been condensed and edited for clarity.

Watch Maddee’s new music video for “Weight” which she co-directed with Mark Martin.