Koran Streets is a soldier.

Born in Oakland, California and raised in South Berkeley, the 29-year old rapper and actor grew up between homeless shelters and his mother’s Bay Area theatre company, Lower Bottom Playaz, where at the age of seven he began acting in modern Black interpretations of Shakespeare classics like Macbeth and Hamlet set in the streets of California. Shortly after recruiting him to audition for her plays, she encouraged the young actor (born Koran Jenkins) to also pursue a growing interest in rap.  “She literally made me rap,” he recalls over the phone, pulled over to the side of the road in his bright aqua 1992 Corvette ZR-1 (offset wheels, 19″ in the front 21″ in the back).

The push from his mother and the influence of his seven other creative siblings instilled a tenacity and drive in Streets – qualities that proved essential when a house fire burned his face (and dreadlocks) and left him in a coma at the age of 12. Several months, twenty reconstructive surgeries and six finger amputations later – Streets was back on stage with several new scars and the same passion for performance. His dreads even grew back. 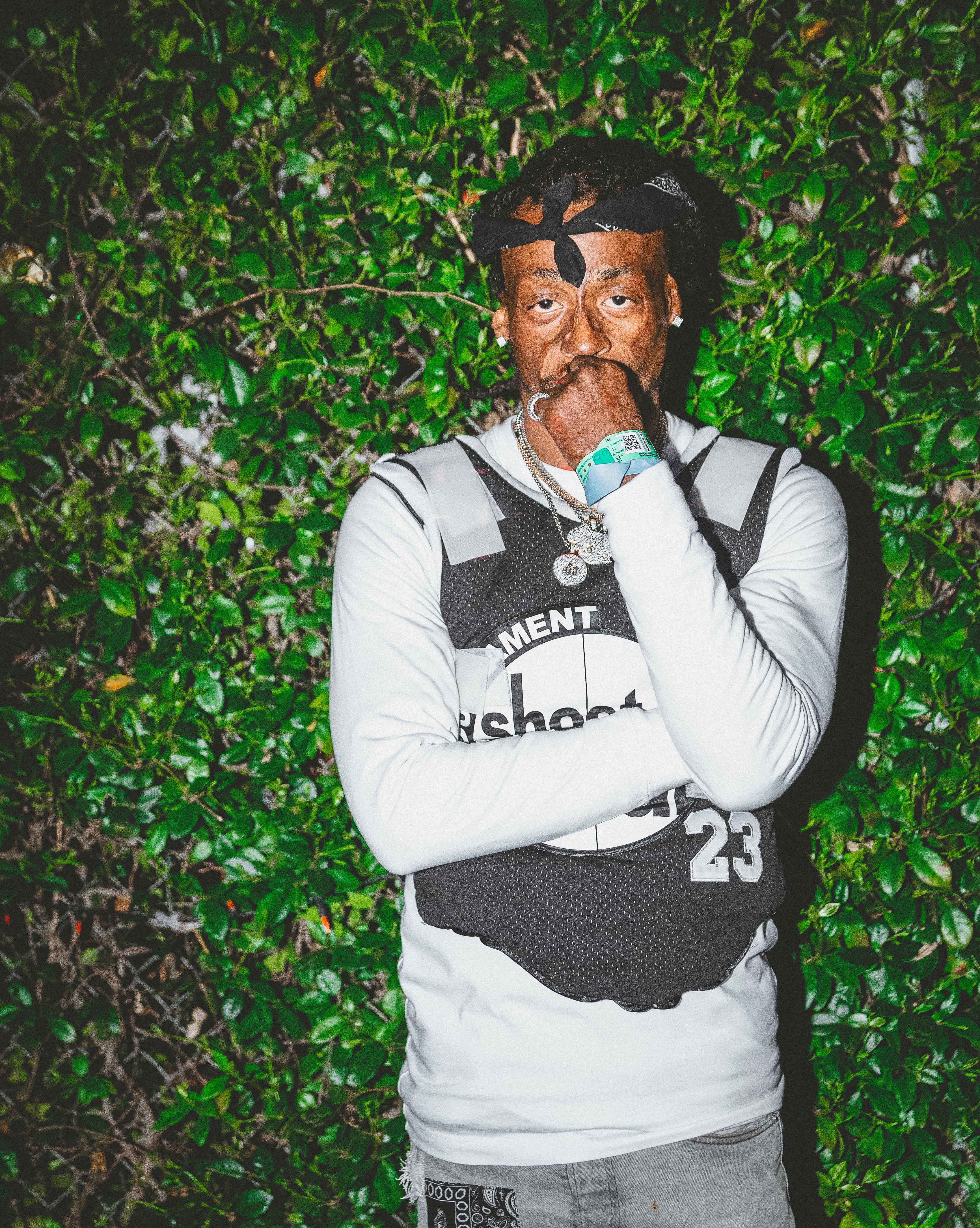 Street life, jail time and homelessness proved as serious obstacles for a teenage Streets but he continued to act for his mother’s company and eventually scored roles in independent California films LICKS (2013) and Kicks (2016), the latter premiering at Tribeca Film Festival. He also continued rapping and released several mixtapes that culminated in his 2016 debut album, YOU.KNOW.I.GOT.IT – a project that placed 28th on Rolling Stone’s Forty Best Rap Albums of that year.

Streets is still pushing. He began his 2019 with the release of his new BGS-223 EP (a collaboration with Bay Area producer Lil Rece), a 29th birthday celebration that doubled as a listening party and an opening performance for West Coast viral sensation Blueface at the Echoplex in LA. He also just wrapped up filming Land of No Pity, an upcoming Netflix series telling the story of LA gang violence in the 1980s. “I am blessed,” he repeats continually and honestly.

Streets got on the phone with us and kicked a short conversation about his new music, growing up in the theatre, learning from Bay Area legend Lil B the Based God, completing his goal of performing at SXSW and more.

Sidewalk Hustle: Happy 29th birthday! How was the party?

Koran Streets: It was a night to remember. Well, I don’t remember half of it.

Where were you celebrating?

I was back home in the Bay Area. I recently moved to Los Angeles so I wanted to be back around close family. It also doubled as a listening party for BGS-223. It was dope!

I want to ask about the new project – I know Lil Rece is certified as a producer on the West Coast (G-Eazy, SOBxRBE, Kamaiyah, Kid Ink, Lil Yase). What did it mean to you to be able to work with him on a whole EP?

It definitely means a lot because I was a fan of his work before anything. Getting to do a whole project with Rece was – how could I say it – a long time coming. His shit can really fit my raps now. I always wondered how could I connect with him and then when I did, he was really into it. I think the universe kind of pushed it in my favor.

Maybe it’s a timing thing too. Now you’re meeting him on an equal level and not as a fan or whatever.

I know my position has grown more. Maybe I’m shining a little harder, I don’t know! Maybe I’m just nice with it! It’s all about timing. It was the right time for sure. 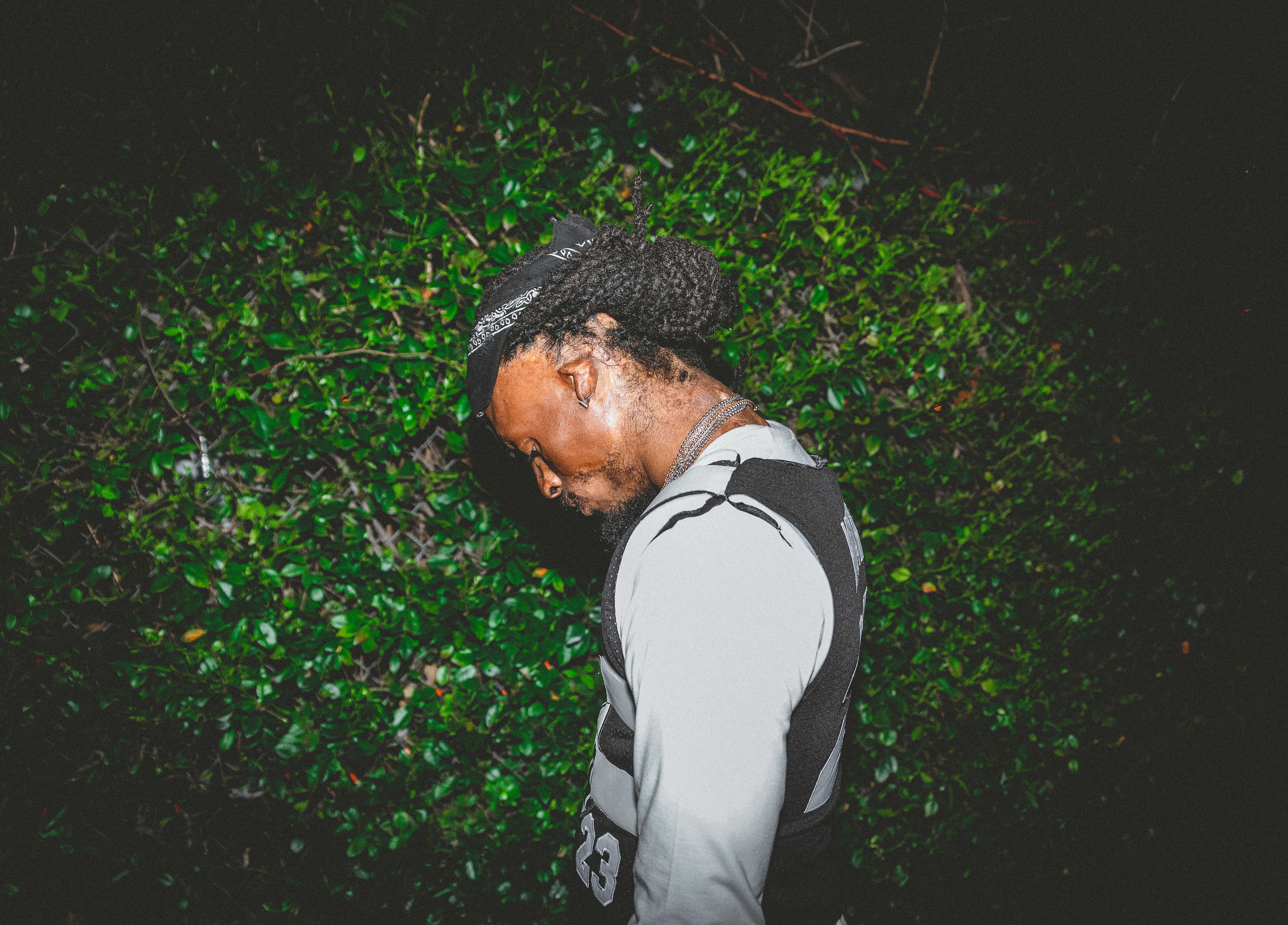 What was the impact of watching your older brother, Stunnaman, rapping with Lil B and The Pack? Did that era of Internet rap have an influence on you?

Yes and no. I always saw myself on the same level – so I guess it was always motivating in that sense to see them elevate like that. That’s really my big brother. I was always looking at them and being like, “How do they do that? How do people get to that point?” Seeing him was incredibly motivating. It was close enough to me that it made me want to try more. Now, at the same time – I don’t even try to look at anybody else’s shit or whatever anybody else is doing. Or try to match my level of success up with theirs. We all walk the same path. A lot of people have been afforded shit that I was never afforded. I never looked at nobody like, “Damn, bro. I wish I could.” I always knew I would get there. It might take me longer but I’m going to get there.

When I listen to your music I hear a lot of passion and confidence. You really mean what you say. Do you think that comes from your mother’s push? What do you remember about those times?

She had me acting when I was seven years old. My mother does many things but she owns an African-American theater company in Northern California called Lower Bottom Playaz. She would take classic plays like Shakespeare’s Macbeth and do an urban rendition in the ghetto. It would be the same exact play but set in the streets. That’s how I got on – naturally being her son, she needed people to act and she told me “come on!”

Everybody in my family does some sort of entertainment or art – it’s always been around me whether it’s my mom or my brother or whatever. She surrounded me with art my entire life. She put me on stage. She taught me about entrepreneurship. I think me being on stage at an early age – not only did I build a real love for it but I built a real passion. And I’m good at it! I see people who do the same thing I’m doing and they take it to further heights. And I know I can do that too. Even just talking to people and getting over simple nerves – I’ve never had that problem. That was all her.

I saw you posting about SXSW on Instagram. Will this be your first time performing there?

I’ve been rapping for so long, bro. Putting out music, trying to get to this point. Going to SXSW as an artist has always been one of the things I wanted to do. And now I’m going to do it and I’m going to do some songs there. This shit is just a blessing. I feel like a kid in a candy store. I worked hard to get here, man. SXSW might be a small thing to some people – it’s a big deal to me. 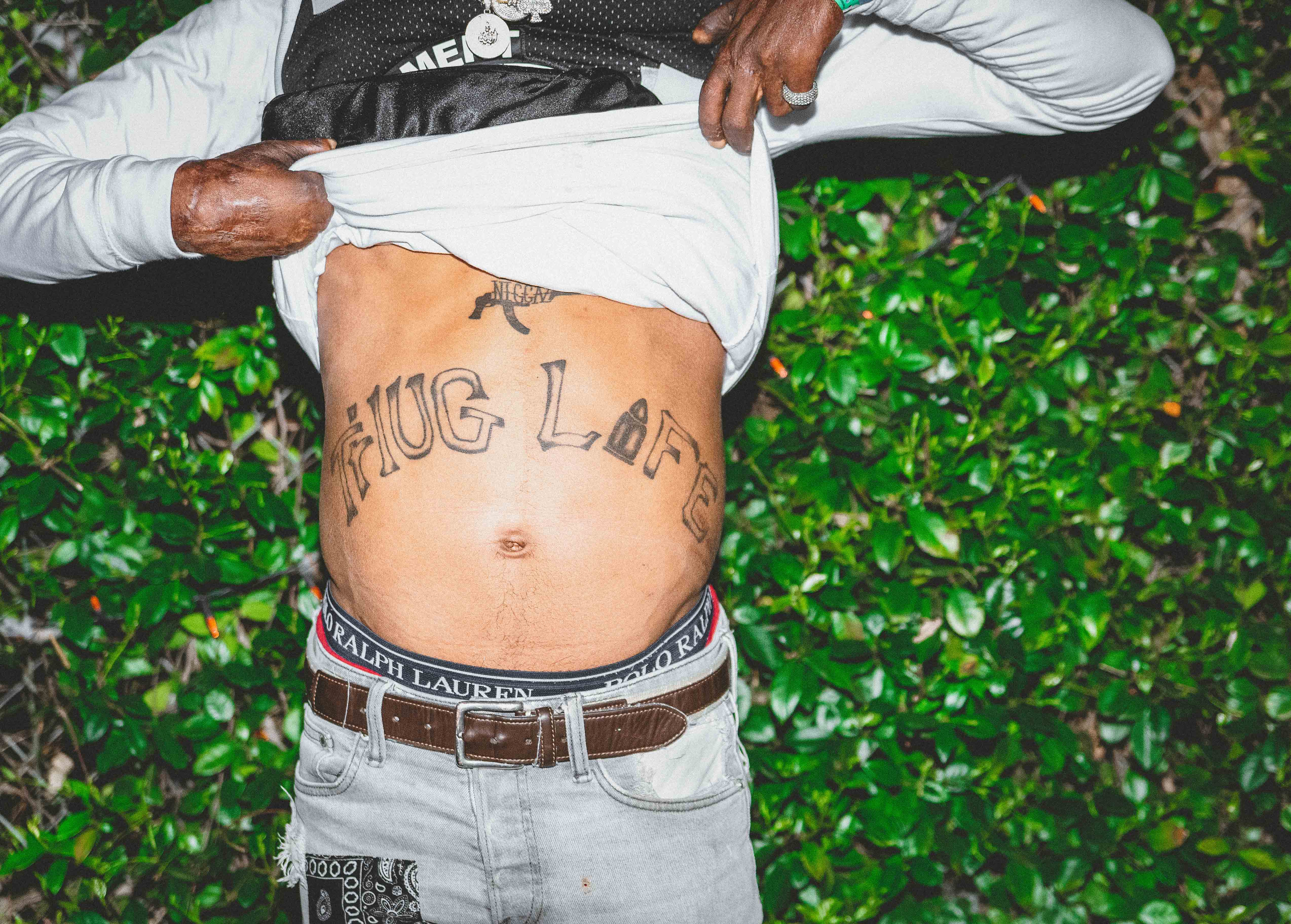 Tell me about this new film project you are working on – Land of No Pity.

It’s still in the works! It’s an upcoming Netflix series based on the height of the South Central LA gang war in the 1980’s between Bloods and Crips. It’s actually based on a novel of the same name. We just got done filming it about a month ago – we dropped a sizzle reel and the official trailer should be out pretty soon.

What else are you looking forward to this year?

I’m definitely dropping another album this year but that’s not really a goal or anything. I definitely want to get on a tour this year – I want to get on the road and touch the people. Period. I think the time for me is now. I didn’t want to lean on anyone else when I started making these records but now is the time to tell my story. I’m out here doing the footwork. I don’t want my story getting looked over just because of a big record or something.

Yeah, definitely. No matter what I’m doing, whatever record – I’m going to spit some real shit.