The rising singer/songwriter grew up in Brampton, Ontario and first gained local notoriety with the release of his debut EP, Forest Fire. The standout track from the project, a neo-Afro Soca jam called “Guidance,” caught the ear of Travis Scott and a remixed version featuring the Houston rap star appeared on his 2016 studio album, Birds in the Trap Sing McKnight.

Since the release of Birds and the buzz generated by the “Guidance” remix, Forest has released a second EP titled Eyes of Taiga and continues to write and record music between Los Angeles and his hometown of Brampton.

We caught up with Forest outside of the Silver Maple Court apartment complex where he grew up and discussed Brampton, his beginnings with music, trips to LA and his newest project, When It’s All Said and Done.

Check out the full interview below.

Sidewalk Hustle: How did you learn to sing?


K. Forest: BET had this church movie on late late late at night – The Gospel with Boris Kodjoe – and I started singing along to that. My mom heard me and she encouraged me to keep singing. I was probably 14 at the time. From there, I started making beats, messing around with FL Studio. I had gone to England for a couple of weeks and worked with my cousin – he’s the one who showed me how to really get in tune with music.

SH: Was it sounding good to you at that point? Or were you just experimenting?

KF: Nah. I really had to train myself – I started watching more YouTube videos and paying attention to what I was doing. At first, I wasn’t really into singing, I was rapping over old school Jay-Z and stuff like that. Me and my boys would freestyle and go back-and-forth over Lil Wayne beats. Everybody was rapping around that time – mixtapes, DatPiff, that’s what was cool. So I wanted to go back to singing again.

SH: Did anyone else other than your mother know you could sing?

KF: My dad knew as well. My dog definitely knew. But my friends didn’t really know.

SH: It seems like you started getting really serious with your music when you began working with your producer counterpart, Darren Fraser (aka. dF). How did you guys meet?

KF: Yeah, a friend of mine linked us up. I posted the song “Slide Through” and he recommended that I connect with Darren. We started talking and then eventually started working. And now we’re three years into a relationship.

SH: Has that developed into more than just a working relationship?

KF: Yeah, it’s become a friendship too. We have to understand each other – he may have something he likes and I might not understand it there and then or vice versa.

SH: What does your creative process look like when you’re working with dF? Are you bringing him stuff you’ve penned or are his sounds inspiring the music? 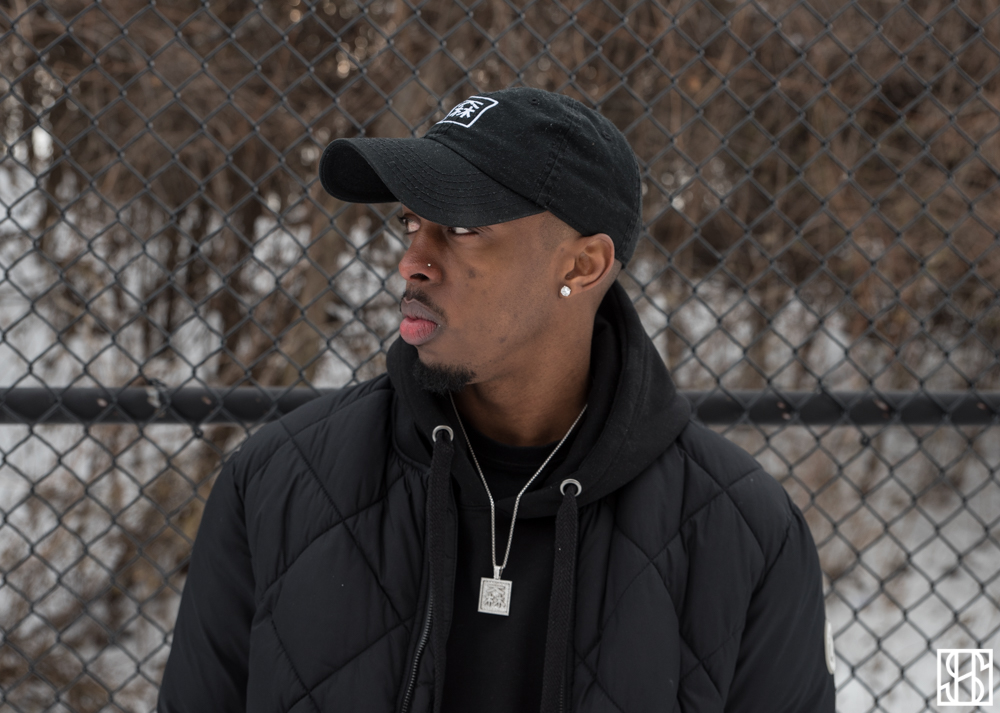 SH: Your music continues to be autobiographical – why is that important to you?

KF: I just want to tell my story. And I think that’s how music should be written. I want people to connect with it. And I always wonder if people will relate to it but we’ve all been through the same experiences.

SH: Does that come naturally to you?

KF: It’s the only way I can write music. When I was growing up, I was listening to a lot of storytelling music on vinyl. Otis Redding, Teddy Pendergrass, Tupac, Stevie Wonder – they’re all telling stories. That’s what drew people to their music back then and I want the same thing for my music. I want people to understand what I’m about.

SH: The names of your projects are pretty conceptual – are those just names that hit your ear and stick with you? Or do you have to sit back and conceive them?

KF: Yeah, something happens and I hear it and it sounds cool. At the time that I was making the Forest Fire EP there were forest fires happening in Alberta and the homies were like “oh woah, forest fire.” My name is Forest, the music is fire. It sounded really weird at first and I didn’t want to do it. But it just stuck.

SH: What about Eyes of Taiga?

KF: Eyes of Taiga was more thought-out for sure. I really sat down and penned that out. The word “taiga” is a type of forest that you find in the northern hemisphere – certain regions of Canada have taiga forests. They contain trees that can survive in virtually any condition. That’s how I kind of see myself – no matter where I am, I’m cool. So the “eyes of taiga” represent my view from those places.

SH: Thinking back to when you were making “Guidance” – did you ever think that record would make it as far as it did?

KF: No way. Darren and I created “Guidance” together and it was something different from everything else we had made at the time.

KF: Huge risk. At the time, dancehall records were really popular but I didn’t want to do any kind of afro-soca stuff. I never thought I would do a record like that. I wasn’t sure how people would receive it but it really surprised us. I think doing anything different is a risk but you just have to be willing to take it.

SH: Does this new project feel like a risk?

KF: Definitely. I think everything I’ve put out has felt that way. You can never be too sure what people are going to like. But you just have to put it out.

Interview and photography by Drew Yorke