15 Minutes With Joseph of Mercury

Earlier this fall, Toronto’s own rising star Joseph of Mercury released his debut self-titled EP and since it came out we’ve had it on repeat. We here at Sidewalk Hustle are big fans of the suave-pop songwriter/producer’s smooth tracks and equally on point visuals. You may not already know the artist (also known as Joseph W. Salusbury), but you may know some of his songwriting and production credits which include co-writes on Majid Jordan’s “Something About You” and Illangelo’s “Your Future’s Not Mine.” He’s also produced vocals on Nelly Furtado & Blood Orange’s “Hadron Collider” but above all, it’s his solo stuff we love the most. We linked up with Joseph of Mercury in Toronto’s West End and talked about his influences, as well as how insincere communication is exhausting.

Check out our photos and interview below. 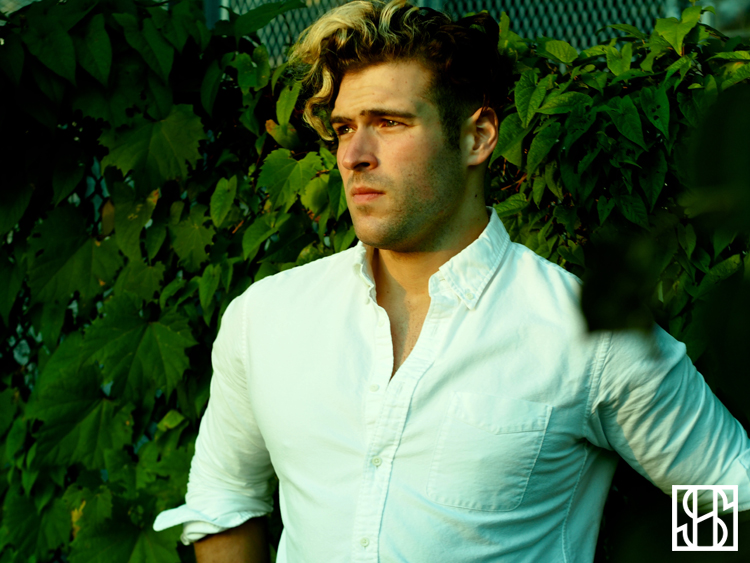 Your debut EP is finally out! How are you feeling to finally have it released into the world?

Joseph of Mercury: It feels really great. It’s been a long time coming. We were in that production process a long time just getting it right and we feel really good about it. During that period of time I’ve still felt like an artist, I’ve been producing, I’ve been working on my craft – but there’s a part when it comes to performing. When it comes to having other people experiencing the art as well as giving you feedback. That’s such an important part of feeling like an artist. Not just living inwardly as an artist, but living outwardly as an artist. So that’s been the biggest shift, the most important thing.

You’ve been working on this project a while. You’re classified as a new artist but there’s still a history to the work, as it’s evolved over time. Do you want to talk a bit about moments of the past that have brought you here?

I’ve been a musician for a number of years and you hope that over time you get better or clearer in what you’re doing. I really like that it has happened & come together in this EP that we released. I have a certain sound, I’ve had a certain sound for a while. I don’t think this is necessarily a different sound, it’s just, like you said, an evolution of that.

There’s so many different facets to everything. You get better at writing, you get better at recording, you get better at talking to somebody, controlling a computer that will either make you sound great or make you sound like a terrifying monster or robot or something. It’s again, like you were saying, evolving through all of these processes. Leveling up & trying as hard as you can to – and this is the trickiest thing – finish something quickly enough through that process that it still represents you by the time you’re finished.

And that’s been tricky. That’s why I haven’t necessarily put a ton of stuff out over the past number of years because for whatever reasons, obstacles of life & reality, things take longer than you think and by the time you’re done it’s like, “well this isn’t really a clear image of me.” Now I have this new stuff that feels a lot more sincere… and it just so happened that this time around, by the time we got to the other end of it, it still felt honest. It still felt true and it still felt like something that I wanted to put out to the world and communicate to other people. 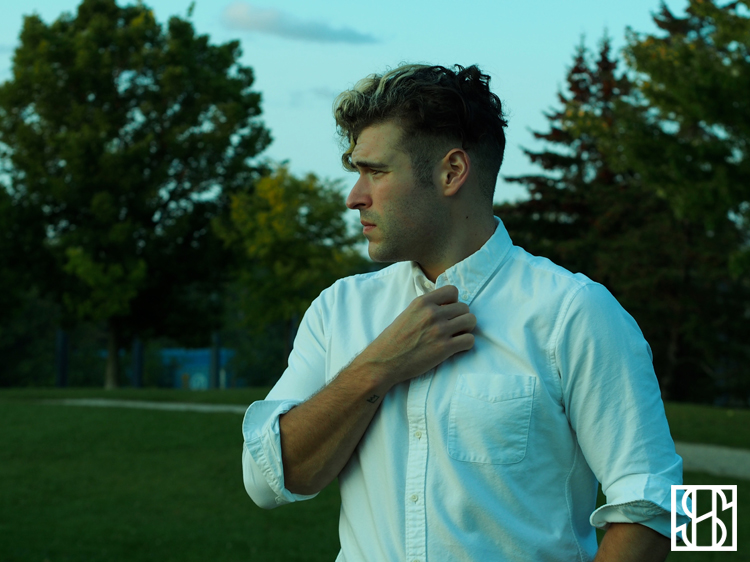 Are there any sort of touchstones or things that you find you come back to when you feel lost in that space of not knowing who you are as an artist? What anchors help steer you in the right way?

When people hit a block they’ll take in more, they’ll go & throw themselves in, they’ll go see other art, they’ll listen to a lot of other music and they’ll take a lot of other things in. For me what always helps me find myself is just silence. Call it media celibacy, where I just don’t take anything in, because I feel like when we lose ourselves it’s very easy to be inundated by everything else that’s going on. We live in a very loud, very fast paced & stimulating world. It can begin to feel like the thoughts, feelings and expressions of other people are starting to overpower your own. It’s very hard to pick up that voice.

I know it’s a broad thing and a simple thing, but I just stop & just wait. Try to get away from all the noise for a bit so I can actually hear my own voice. Of course it’s important to be a part of your own world and your own time, to be relevant and to be able to communicate with everyone around you because they do still live in that world and that time. But, I think if you want to offer something unique, and you want to offer something that’s actually had a chance to pass through you, move through your own prism, that you take the time to slow down & go to a quiet place. Kind of coalesce so that you’re not just another person bouncing back exactly what has hit you. That you’re taking it and holding on to it for a while.

Not just an echo. 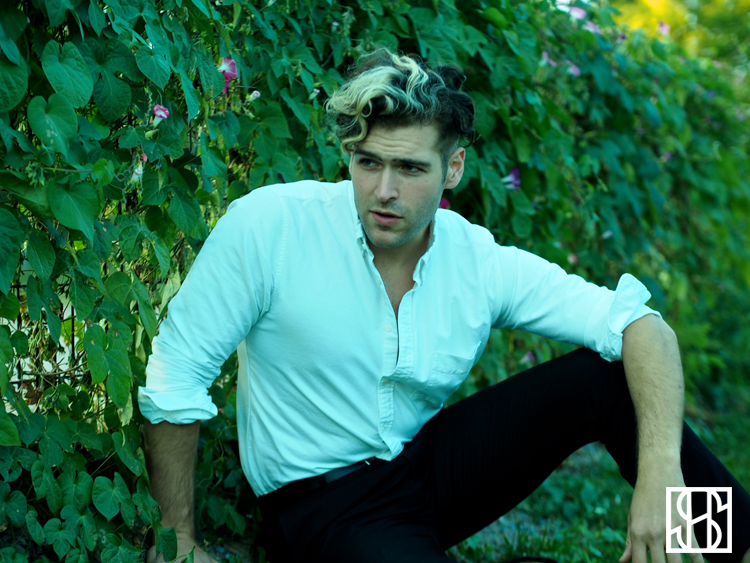 Visually you have a very strong aesthetic that matches the sound so well. What are your inspirations?

A lot of the music that I first gravitated towards when I was younger was the old crooners. Sinatra, Dean Martin, Bing Crosby & all those classic sort of gentlemen. If I was going to say my voice came from one place I would say that’s where it came from. Of course it’s been coloured by modern music and various other decades but it comes from that place, so visually that’s what feels appropriate.

They were very flawed men. They weren’t perfect and in many ways they were not gentlemen. But they had a certain austerity, and a certain class at certain times. I’ve always found that to be very beautiful, that they were men who were very masculine but they were beautiful and…

Yeah. I’m not someone that really gravitates towards art that is valued for being shocking or confrontational. I think it’s really important and it communicates very important things, but I honestly just gravitate towards things that have a sort of elegance. That beauty or that kind of austerity. That polish. It was a particular polish because there are lots of very modern very polished things that I do not gravitate towards…

But all that glitters is not gold.

Exactly. I think it’s important to understand something can be both counter culture & sincere, but also be something that puts an effort into a presentation of beauty. And people are wanting that. They’re wanting something that does shine but cuts through the noise. Just as bright & sparkly as anything else but it leaves you with something. Leaves you feeling full, leaves you feeling like something was actually communicated to you other then just “Hey look at this.” 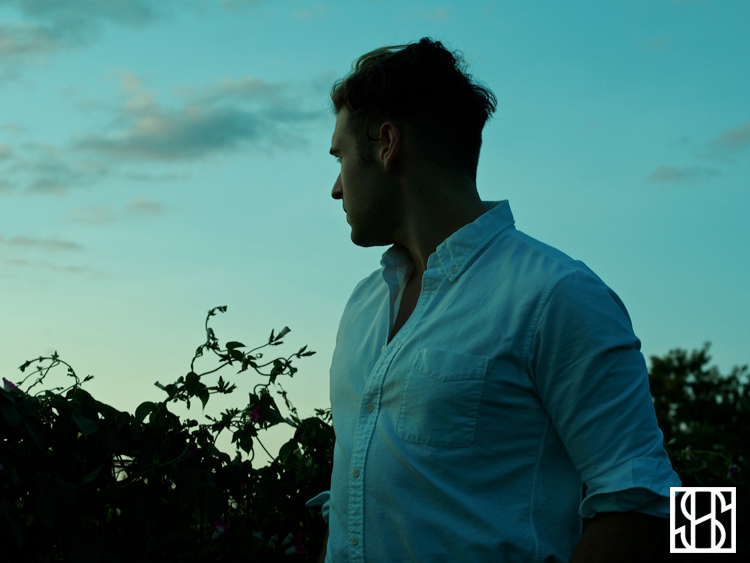 That’s true right now especially more than ever, everything is very overwhelming, entirely so that there’s this crutch reaction of distraction. Have you always had an easy time communicating with honesty and being vulnerable?

I was a very quiet person for a very long time & I’m still generally a pretty quiet person. I’ve always found insincere communication really exhausting. I just don’t have the energy for it. Anger too, I’ve never been someone who’s had any issues with anger. I would see people in fits of rage and I would think “How can you possibly keep this up? I’m getting tired just looking at you.” I’ve also always loved language and I’ve always loved words. I’m very particular with words especially when I’m writing. There are certain things that just don’t sound right or don’t feel right in my mouth. I think it’s been the same communicating with others. I can’t remember who said it but someone once said, “Words are a terrible thing to waste.”

Last thing, any advice to the world in general?

It doesn’t necessarily work for everybody but I would say spend time with yourself in silence. Hear what your own voice sounds like. I think there’s so much immeasurable value in that, and when you come back to all of the noise you’ll be far better able to not just enjoy it but to locate & figure out what in that noise you actually want to be listening to. You know, reintroduce it slowly. Get a sense of whether or not this is something you want to be ingesting. 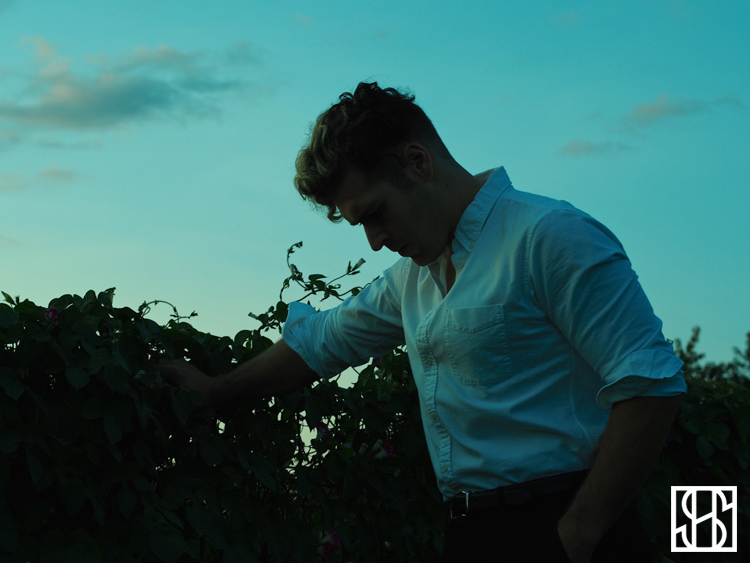 Listen to Joseph of Mercury’s EP below, or via Apple Music here or Spotify here. You can also catch him live tonight, if you happen to live in New York.