There is no doubting the undeniable & constant talent that is erupting out of Toronto. The never-ending different stories & perspectives being told through lyricism have not only captured the attention of the city but by many globally. Artist’s come & go every day, Jay Whiss has proven he’s here to stay.

Growing up in the downtown neighbourhood, the Esplanade, Jay Whiss has spent many years working hard & persistently on his music which lead to developing his unique rap style that stands out on its own. Whiss started his wave in the industry when he was featured on the 2016 debut mixtape Keep God First by his close friend and collaborator, multi-platinum producer Murda Beatz. The single was “Brown Money” which racked up over 300K streams on Soundcloud and caught the eyes of many notable media sources such as Complex, Vice, The Fader, Exclaim! & many more. Later, he appeared on Koba World a Prime Boys collective project, his debut EP Dark Cloud and a few select features. Since then he landed a solo deal with Universal Music & continues to articulate his life experiences in a way that only he can.

Whiss is well known for his signature rap flow with deeply personal & powerful rhymes. You’ll be sure to hear that with one listen to Peace of Mind. We met up with Jay Whiss on familiar grounds in Downtown Toronto to talk about all things from his biggest influences in music, his relationship with Murda Beatz & Prime Boys. 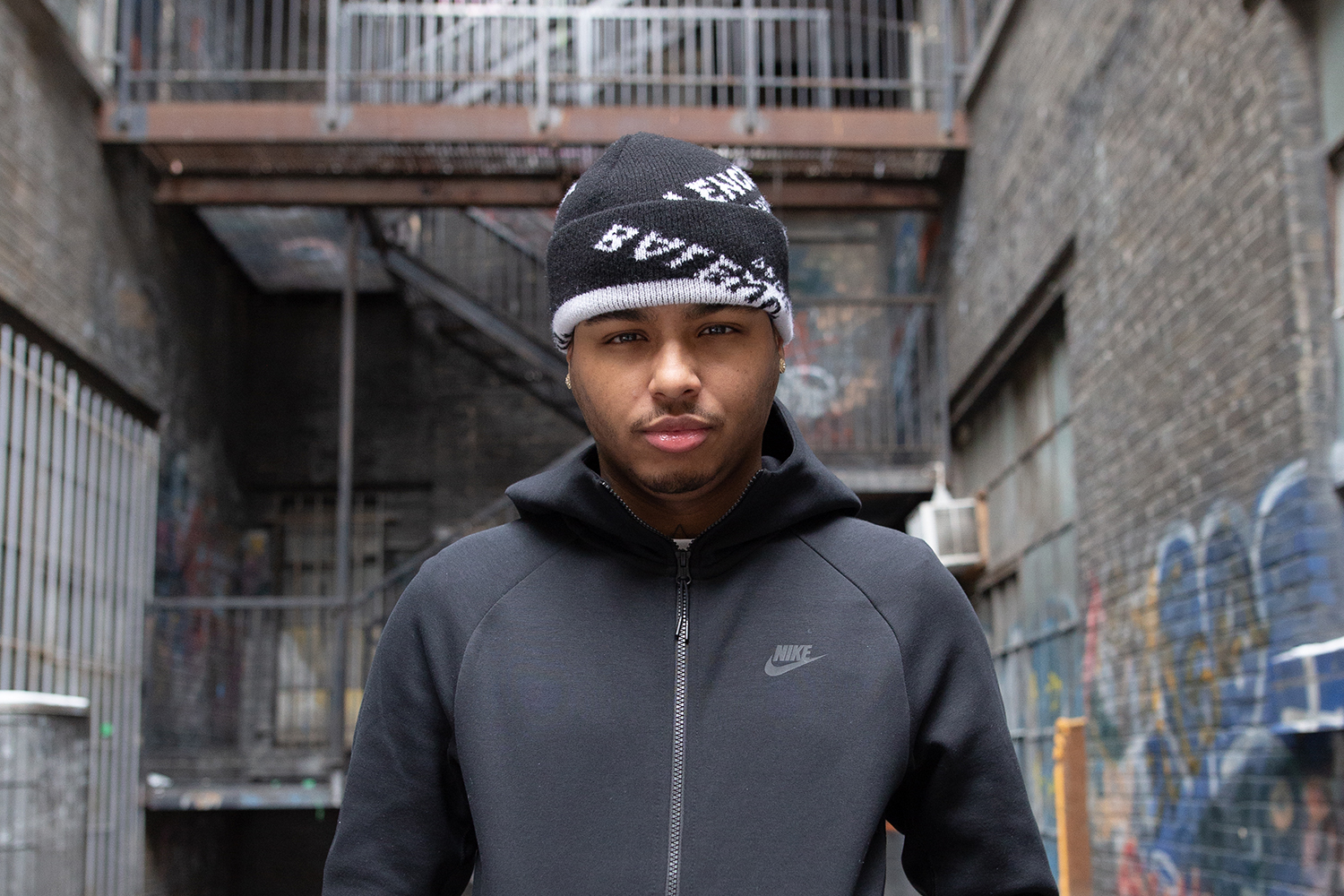 So you grew up here in downtown Toronto, can you tell me a bit about it?
It was normal, a lot of things were going on around you know? It was easy to stay busy & active, running around outside as a kid & just doing regular teenage things.

Was there a certain moment in your life that you knew for sure, you were going to be doing music?
The second I started. The first time I wrote a song, I was about 16. I don’t even know what made me do it, to be honest. I just found a beat, wrote a song & I couldn’t stop since then.

Can we find that song anywhere?
The first beat I wrote on, recorded on & then later released, it was a remix to “93 till’ infinity” and I had shot a video and put it out way back then. That’s all deleted now, I hope no one can find that. [Laughs]

Did you have any plans or dreams of pursuing a different career?
Before I guess, I was always smart in school & I always knew what I wanted to do. I wanted to go to university and maybe become a real estate agent or something similar. When the music came into my life, it just took over completely. That’s all it’s been about since then, no plan b.

How would you describe your music?
I would describe it as message-driven, content-driven, articulating myself to my best ability & just very personal. Definitely very personal.

Are there certain people you’ve always looked up to as far as music goes?
Just Jay-Z really and that’s beyond music. Music can only do so much when your music stands for something, a lot of that is who you are as well too. So once people know who you are, a lot of what you are saying can be digested & taken for what it is rather than it just being “ear candy.”

I know you’re always in the studio, do you have any hobbies or interests you do when you’re not working?
Not really especially at this point. I’ve found a lot of balance with my music & life, any hobby has kind of washed it’s way out of my life and it’s pretty much just music at this point. To be honest that’s all that gets me going really.

Can you touch upon the group you’re apart of, Prime boys? How did it come about & when?
Well, we’ve always been friends. I grew up with Donnie & I met Jimmy probably around 2009. Jimmy & I had always been making music, even before we released it. So we were all making music & then we have other guys like Jermane, doing a lot of the managing & creative directing with Tristan & Kosi doing a lot of the styling & helping. It was more so just a creative collective once we really started releasing music.

Back in 2018, when you guys released your first project as a collective, how was it coming together & working on the project?
It was super fun, to be honest. So pretty much, there’s three of us and when we’re in the studio we’ll just go on each other’s songs, so we had a lot of content. Rather than just being Jay Whiss featuring Donnie or Jimmy featuring Jay Whiss & Donnie, it just made more sense for us to combine it together as Prime Boys and then just releasing music off of that. So that’s what we did & it was super easy. When we decided we were going to put out a project, more than half of it was already done. It was very organic & fun. Some of the best sessions I’ve had in my life because we were all friends before any of this music stuff.

I believe the first time I heard your music was in 2016 on Murda’s project “Keep God First” & your track was called “Brown Money.” How did linking up with Murda happen?
Well, it was through music. I released a song & it was doing pretty good, it was called “Watch This.” Him and his manager were just starting to work with more Toronto artists. He had worked with Jimmy previously, so I guess the link-up just made sense. Beyond that, we both have a real deep passion for music & we bonded over that & became brothers. Pretty much all the music I’m making & what people hear is music I’m making with very close friends of mine. Nothing is really thought out, it’s just another day at the studio. It’s all super organic.

So peace of mind, why did you choose this as your debut album title?
I chose this title because it’s a big focus in my life. Not just musically, more so everything. That’s just what I pray for, peace of mind. That’s all I’ll ever want at the end of the day. I don’t know if I’ll ever get it but I mean, aim for the highest point & if you get somewhere near it, it’s better than being far from it. With a lot of my music being very mindful & very personal, I just feel like I’m putting that into the world. It’s almost a guideline for myself, try to attain that peace of mind.

Is there a certain track that is your personal favourite?
Yeah, Mind in a Maze for sure. That’s my favourite song I’ve ever made. I felt like it described me the best. It’s the best I’ve ever been able to articulate myself. I mean I’m always good but the final product of it, I felt the most complete with a song. I feel like I really nailed it on the head with this one.

How does it feel to be able to hold a physical copy of your own album?
Amazing. In a time where there’s not a lot of physical copies, I just did it for nostalgic reasons, even for myself. To just put it on my shelf because I worked really hard on it, always when there’s a physical representation of what you’ve been working on, it’s a very fulfilling feeling. Even just personally. I didn’t make physical copies to sell, just for me & people that I know to have. Overall it’s amazing. 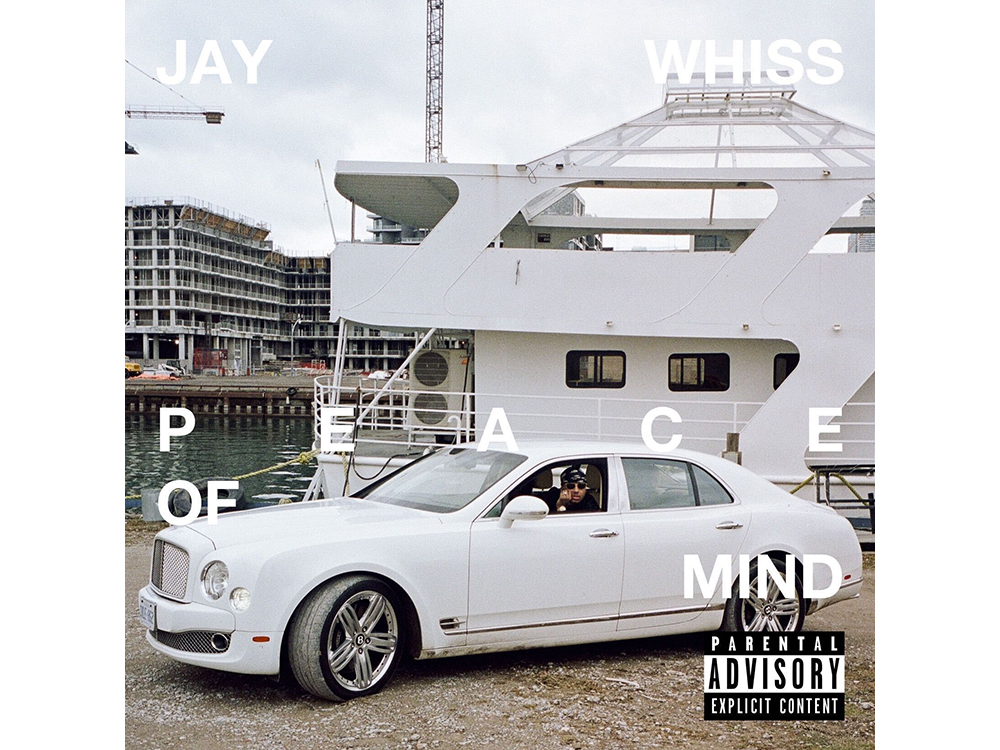 Get to know Jay Whiss by listening to his newly released debut album available now on all streaming platforms.

Photos and words by Pat Bryjak